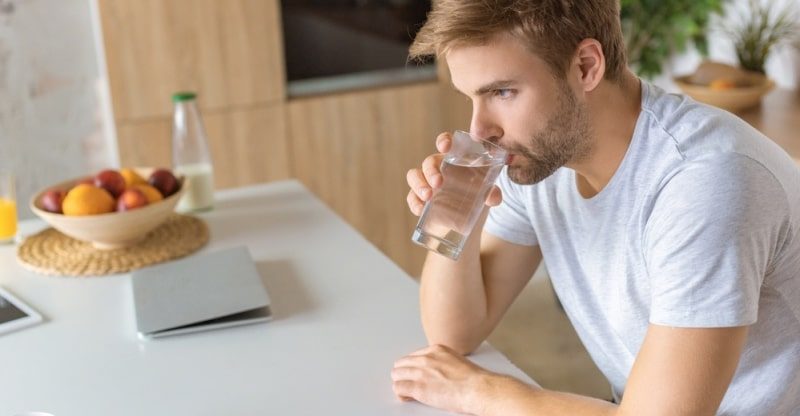 The fast expansion of economies has increased the pressure on our limited water resources. Moreover, climate change has had an impactful effect on not only the quantity but also the quantity of water.

But regardless of this concern, policymakers have mostly cared about the former. And have often ignored the latter.

Our planet is going through a huge water pollution crisis. The invisible pollutants like fecal bacteria, plastic, and nitrogen are slowly sucking all the oxygen from our domestic water supplies. And we are hardly doing anything about this.

Water Pollution Is A Global Problem

The biggest misconception about water pollution is that it’s only a third-world problem.

Let me break this to you. The invisible pollutants are not a threat to emerging countries only. Even the rich economies worldwide receive poor water quality at times.

Countries like France and Greece have received notices from the European Court of Justice for ignoring the standard limitations on nitrogen production. As for the US, we had several water scandals in recent history.

Considering the facts above, it has become essential today to understand what these invisible pollutants are. Moreover, you should know how harmful they can be and what methods you can use to eliminate them from your drinking water.

What Are Invisible Water Pollutants?

Water pollution kills more people every year than war and violence combined. It occurs when harmful substances like chemicals and microorganisms contaminate water. They ruin its quality before it reaches you.

Water is a universal solvent. It can absorb everything quite conveniently. This is why toxic substances mix with a water source and contaminate it to a dangerously high level in no time.

You may think that the water you’re using isn’t polluted as it looks clear and safe. But that’s not always true.

Some pollutants are not visible, nor do they affect the color or taste of water. They might be present in your glass of water right now, but you may never find out.

Pollution In Your Drinking Water

Here are some of the categories of water pollution around you:

Did you know that almost 40% of the United States consumes groundwater?

When it rains, and the water seeps down into the earth, it transforms into groundwater. It’s then stored in an aquifer for consumption by millions around the world. Groundwater is one of the least visible yet the most resourceful waters on this planet.

But, even groundwater isn’t safe from the wrath of invisible pollutants. It can easily become contaminated with substances like chemicals, waste, and fertilizers. When these pollutants dissolve in an aquifer, they give life to water pollution.

Cleaning groundwater for contamination is a big hassle. Not only is it difficult, but it can also cost a lot. That’s why an aquifer stays unsafe for many.

If this piece of information hasn’t scared you yet, here is something else you should know.

Surface water covers 70% of our planet. It’s the only source of water that fills our oceans, rivers, and lakes. In short, everything blue you see on the world map. 60% of households in the US use surface water for their consumption. And maybe you are one of them too.

But, like any other water source these days, surface water is going through tough times as well. As per the EPA, almost half of our rivers suffer from contamination. Also, one-third of our lakes are unfit for drinking, fishing, and swimming.

Surface water is slowly becoming a victim of nutrient pollution, leading to nitrates and phosphates in the water. Farm waste and fertilizers are among the main culprits. Moreover, industrial discharges make things worse.

Radioactive waste is another invisible contaminant that may threaten the purity of the ground and surface water you consume. It’s a product of mining and coal power plants.

Radioactive pollution can persist in our environment for many years – its elimination is a big challenge. Radioactive waste can seep into all the different water sources and threaten the safety of our health.

Implications Of Water Pollutants On Your Health

Pollutants in your drinking can make you extremely unwell. Water-borne bacteria are a result of many harmful impurities. Therefore, they’re a major reason behind people falling ill worldwide.

Even in rich countries, the release of sewage waste and chemical runoffs from farms produce bacteria in domestic waterways. You probably have heard about thousands of people suffering from legionnaires’ disease every year. It’s a severe illness caused by infected piped water.

Moreover, harmful pollutants can lead to cancer and hormonal diseases.

Swimming with pollutants is unhealthy as well. It’s estimated that 3.5 million people suffer from skin rashes and infections by swimming in polluted coastal water alone.

But above all, polluted water kills. In fact, according to WHO, 35,75,000 people lose their lives every year because of this very reason.

Simply put, the list of problems is vast and requires our attention.

So even if you believe you’re safe from water pollution, think again. Many substances may be hiding in your water that you may be unaware of. While they might not be harmful now, their long term implications on your health are undeniable.

If you want to make your drinking water pollutant-free, it’s an excellent time to take action. Below is a list of six steps you can take to make your water safe for consumption.

To consume filtered water, install the best RO system in your home. It removes all kinds of contaminants. As a result, you get a clean and safe water to use. Waterdrop RO system would be a great choice.

2. Get Your Water Tested

If you aren’t happy with the taste and smell of your water, get it professionally tested. You can either take it to a lab or ask your local water facility to provide safety certifications.

3. Don’t Use Your Toilet As A Dustbin

Your toilet isn’t a place to dump your medicines or wipes. These things can become a huge burden on a sewage system and pollute the water you consume. If you don’t want to drink your own waste, use a trash can instead.

4. Avoid Dumping Oil In Your Sink

Similar to your toilet, your sink isn’t a wastebasket either. Avoid pouring oil or greasy liquids down the drain.

The fat from these products can clog your pipes and pollute the groundwater. Instead, place an oil jar to collect the waste.

If you want a planet with clean water, start in your own home. The reduced use of bleach and detergent plays a great role in decreasing the amount of waste that gets into your sewage systems. Also, shift to phosphate free soaps and detergents.

6. Control The Use Of Fertilizers

If you’re a farmer or run a home garden, reduce your use of fertilizers. Avoid dumping motor oil or any harmful chemicals in your sanitary system. This system often ends at rivers that give you your drinking water.

We hope this article has provided you with some very thought provoking facts. You may consider your drinking water safe and healthy, but it comes from the same sources that likely hold a bunch of invisible pollutants.

To make sure your drinking is safe from these harmful particles, practice the six suggestions above. Moreover, ask your family and friends to follow them too. Our water pollution crisis is a big problem and it’s growing by the day. It requires the attention of the whole of humanity.