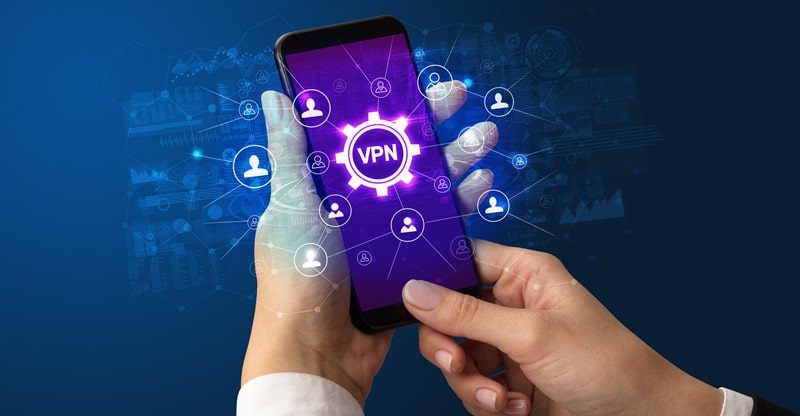 What VPN is and why it is used?

Everybody at least once a life hears about VPN. But not everybody knows what is VPN and why people should use it. A VPN, meaning Virtual Private Network, helps to connect with another network via the Internet in a safe manner. VPNs are used to visit region-locked websites, protect your browsing activities on unsecured Wi-Fi from intrusion, and more.

VPNs are pretty popular these days, though motives have changed according to how they were designed. Initially, they were merely a method to securely link corporate networks from over the internet or let you use a corporate network from your home.

VPNs transmit all private network activity to the other network; that’s where the positives, such as remote access to network resources or bypassing Internet limitations, come from. Hence, integrated VPNs are now used by most of the operating systems.

Various questions pop into your mind eventually while reading the word ‘VPN.’ What is VPN? Should I pay for a VPN? Why get a VPN? Are free VPNs safe? How does a VPN work? etc. etc. but worry no more, we have all answers to your questions!

The pricing is the most critical ‘selling’ factor for something like a free version. Free alternatives are backed by respectable security firms and are given to persuade customers to pay.

Some free solutions give reasonable anonymity since you wouldn’t have to supply a great deal of personal or monetary information or even create an account.

On the other hand, the best VPNs demand a fee for their services – but it may not cost a fortune. You can obtain an excellent cheap VPN for approximately $2 per month if you’re after a reputed cheap VPN. While this isn’t free, it’s also not prohibitively costly.

If the matter involves network security, then you typically receive what you paid for. No-fee services tend to be behind the times on the basis of protocol technology, with many using the now-defunct PPTP protocol. The majority of credible, free alternatives have caught up to the pack now and utilize OpenVPN.

Paid customers, on the other hand, usually always have more choices, including OpenVPN UDP as well as TCP or Layer 2 Tunnel Protocol (L2TP) with IPsec. (Because L2TP isn’t encrypted by default, IPsec adds an encryption layer.) In addition, WireGuard is growing more popular as a result of its quick connections and safe data transfer. Therefore, providers are creating their protocols.

Free services must cover their operating expenses in some way. This money is occasionally generated by selling your web usage to other parties for the purpose of advertising. This implies your information isn’t entirely private. Your browsing experience may be littered with advertisements, suffer from network bottlenecks, lack encryption software, and also have monthly basis use limits.

Many free choices make money by displaying advertisements, which isn’t illegal. However, they are merely the cheapest tier of paid services—offering an ad-supported free version and an ad-free premium edition.

It’s possible that using free services makes you involved in cyberattacks. Paid VPNs are also more reliable instead of the free VPNs and are less prone to disruptions and meltdowns. On the other hand, a premium service would adequately protect interests and confidential material at much faster rates. Still, a free version may outsource its code, system monitoring, and server operation to a third party.

An example of this can be that when you subscribe to such a platform as Netflix, you would have observed that your library changes when you travel. This is due to the fact that various providers in various regions have varying content licenses.

You may, however, fake your IP and fool your service provider into believing you’re anywhere else in the globe if you’re using a streaming VPN. This means you have complete freedom to view what you want when you want. And that would be a significant disadvantage of free-of-cost service.

Although there are some excellent free-of-cost Netflix VPN providers, in general, a free VPN will find it hard to resist any streaming web’s VPN detection mechanism and will be blacklisted as a result.

Finally, you wouldn’t want a provider that keeps track of your online activity, such as what you’re doing and where you’re going when you’re linked. So avoid companies who declare they track user activities or, more commonly, don’t specify their logging policy.

Furthermore, just because a site claims to have no logging, it’s wise to check to see whether it’s been subjected to an external inquiry if you’re concerned.

In general, if you pay the fee, the company offering it has even less motive to track or keep your data – hence, there’s less incentive to exploit your data if you’ve paid for it.

Which is better, a paid VPN or a free VPN?

By knowing the difference between both the networks, it is very much clear that the paid VPNs are better in a way that they provide complete security of your data; therefore in simple words, it includes encryption from one end to another, making it safe for your confidential data.

Secondly, the speed and bandwidth that they provide are top-notch. Accessibilities and features are therefore unlimited as well. Although it highly depends on your usage and requirement, who wouldn’t want extra features and security, which is ultimately a priority! Hence, one way or another, paid VPNs are better than free VPNs.

Free VPNs are not safe as VPN services are high costs to maintain the gear and knowledge, especially for large-scale networks and protected customers. You also may purchase a premium Virtual private network with your cash or pay for free VPN services using your data as a VPN subscriber.

Per the two separate 2018 studies of free VPN applications, 86 percent of free-of-cost VPNs on both iPhone and android — responsible for thousands of installations — have inadequate anonymity and confidentiality, varying from essential transparency to overtly disclosing user data to Chinese authorities. Therefore, free VPNs are not considered to be reliable and authentic.