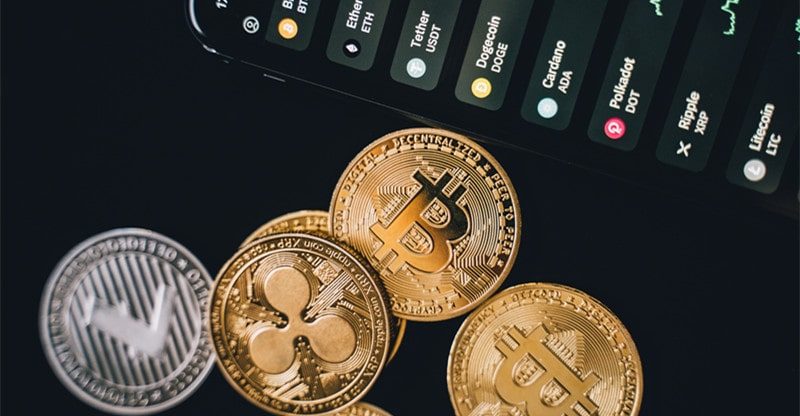 Cryptocurrency has seen a surge in popularity in recent years. While back in the day only the most tech-savvy people had the guts to delve into a crypto investment, now more and more not-quite tech wizards are participating in the mining, saving, and exchange of cryptocurrency.

It’s safe to say that this once-fringe mode of financial transaction has seeped into the mainstream. So much so that the IRS has become more aggressive in going after its fair share of crypto wealth.

The IRS, in partnership with the U.S. Treasury Department, issued a “guidance concerning virtual currency” as part of its Priority Guidance Plan for the 2021-2022 fiscal year. This means virtual currency holders will have to adapt to a new model of transparency when it comes to their crypto cache. And we can all expect that the office will first zero in on the most popular cryptocurrency there is – Bitcoin.

Bitcoin is not a tangible asset. You cannot hold Bitcoin with your hands. It exists exclusively in the digital realm, reflected in the form of a public ledger.

The whole Bitcoin operation is carried out through a massive computing system that employs peer-to-peer technology. Relevant transactions include mining, blockchain update, and verification. These are not backed by any banks or governments. Management is distributed across countless users and stakeholders in both public and private blockchains.

Now, let’s see how Bitcoin came to be.

As to who Satoshi Nakamoto is, the jury is still out. We can also say that the real person behind the project is beside the point. After all, it makes sense for the proponent of a financial system built around the value of utmost privacy and distributed control to remain anonymous. The important thing is we recognize their significant contribution to global finance. Whoever they may be.

These days, you can make a considerable profit off Bitcoin trading. Consider this cryptocurrency like gold. It is a limited resource. There is a fixed number of minable Bitcoins set from the get-go.

Once that threshold is reached, there will be no more Bitcoin to mine. That right there is where Bitcoin’s value comes from. As the law of supply and demand goes, when demand rises for an increasingly limited resource, the price for that resource goes up.

The maximum Bitcoin supply is 21 million. So far, approximately 18.8 million of those have already been mined. Less than 3 million Bitcoins are waiting to be released in circulation. As of this writing, the price of one Bitcoin is about $43,000.

Yes, this is an auspicious time to engage in Bitcoin trading.

How to get started with Bitcoin trading

If you are serious about trading in Bitcoin, here’s your guide on how to get started.

1. Decide on how much to invest

Look into your finances and discern the amount with which you’re comfortable. As with any kind of trading, there’s the risk of losing money here. So make sure you’re only investing money you can afford to part with should your trading yield unfavorable results.

2. Decide where to buy Bitcoin

You have two main options: marketplaces or exchanges. There are pros and cons to each.

If you decide to hunt for a bargain via a Bitcoin marketplace, consider LocalBitcoins. This platform allows you to find Bitcoin sellers near you. You can supplement your digital transactions with face-to-face interaction, which will somehow reduce the risk of you getting fleeced.

Or you can stay anonymous too. LocalBitcoins works under peer-to-peer technology, allowing secrecy and security. It operates in 224 countries. Payments can be made with cash, wire transfer, debit or credit card, or even with another cryptocurrency.

3. Decide how to store your Bitcoin

You need to set up a wallet before making your purchase official. Your options include the following:

Again, there are pros and cons to these options. For example, a hardware device wallet would mean your cache is not always online, making it safe from hackers. However, it’s something you could easily lose the way you’ve probably already lost countless hard drives.

4. Decide where to trade

Once you’ve got your stash of Bitcoin safely tucked in a wallet of your choice, it’s time to join a cryptocurrency exchange platform. These portals will buy and sell Bitcoin on your behalf. Since you have many options, it’s best to weigh the pros and cons of each. For your reference, here are the most prominent:

These platforms charge additional fees for your usage of the system. They accept payments via bank transfer or credit card. Some accept PayPal transfers.

How to profit from Bitcoin trading

Before trading, know the factors that impact Bitcoin prices. They are as follows:

• Bitcoin supply – As discussed earlier, Bitcoin is finite. The fewer there is to mine, the higher the chances of a surge in price. That’s most true if demand continues to grow in the coming years.

• Integration – While Bitcoin’s initial goal was to provide a sort of underground financial system, it can’t be helped for stakeholders to maximize its potential via integration into more mainstream financial platforms and institutions. For instance, the emergence of new banking frameworks and payment systems with which Bitcoin can be integrated will have a positive impact on Bitcoin value.

• Bad press – Look out for how the media talk about Bitcoin. Prevalent discussions regarding its volatility or security will have a detrimental effect on Bitcoin’s value.

• Relevant headlines – Make it a habit to watch the news and see how traditional institutions relate to Bitcoin as a subject. For instance, government regulations that seek to carry out Bitcoin crackdown will inevitably compromise the cryptocurrency’s value.

Once you’ve understood the factors that may trigger the fluctuation of Bitcoin price, you’re ready to trade. Here are ways to do so.

• Day trading – Here, you avoid market exposure overnight. You close transactions within a trading day. This spares you from overnight funding charges. It’s also advisable if you want to maximize opportunities from daily price fluctuations. You have to stay on your toes if you want to profit off Bitcoin volatility within a single trading day.

• Trend trading – As the name suggests, here your point of contention is the existing trend. For a bullish market, you go long. For a bearish market, you go short. Should the trend reverse, you need to act quickly and close a position to start a new one.

• Hedging – This strategy seeks to offset any potential loss. If you notice the market moving against your current position, you could open a short position on Bitcoin with a contract for difference (CFD).

• HODL – That’s a misspelling of the word “HOLD” originating from a cryptocurrency forum and which gained traction among Bitcoin aficionados. You buy and hold on to your Bitcoin assets for as long as you can. Do this only if you are confident with value prospects, based on objective knowledge about the factors that may impact Bitcoin trading.

Cryptocurrency in general, and Bitcoin specifically, won’t go away. Bitcoin is not touted as the future’s currency for nothing. The stakeholders in the Bitcoin industry recognize this currency’s game-changing effect in global finance as well as its virtually limitless potential as a mode of trading and investment.

Yes, Bitcoin is a clever way to diversify your financial portfolio. Maybe you already have traditional assets under your name and you feel it’s time to spice up your accounts ledger. Should that be the case, make sure to do your research first before making the jump. Nobody wants to get into Bitcoin blind.

Look into Bitcoin SV as your potential starting point. It is recognized by the Bitcoin Association as the original Bitcoin. That is thanks to the project’s strict dedication to honor and fulfill the “Satoshi Vision,” which highlights a stable protocol allowing massive scalability without losing sustainability. In layman’s terms, it’s your safest and purest Bitcoin access.

Plus, you’ll have flexible control of your Bitcoin asset. You can use BSV for payments. You can also tap it for eSports, social media, and iGaming. And, of course, for trading.