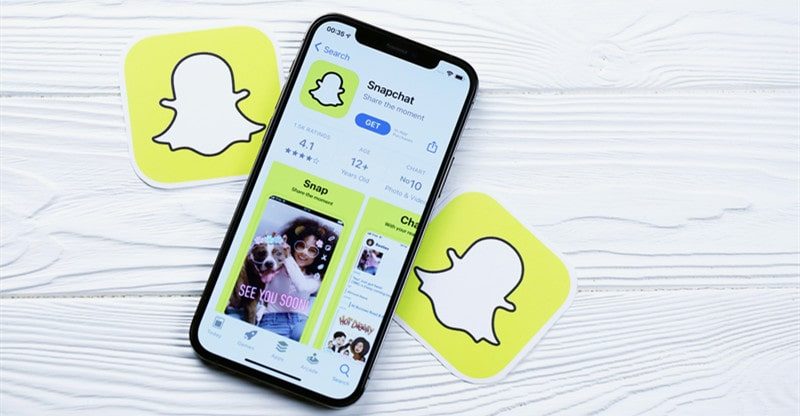 Snapchat, a rapidly expanding multimedia messaging service that enables users to create and share original material with peers. It has been one of the most well-known apps for the last ten years.

Since its launch in 2011, Snapchat has grown to include more than 230 million users, many of which are teenagers and young adults. Users can use fun filters, stickers, and other features to shoot images and movies. Unfortunately, there are so many types of Snapchat scams in this world that it is best to never get involved in this kind of stuff without understanding these scams.

Snapchat is a user-friendly and widely used photo and video-sharing app along with its messaging service. Users can send direct messages to linked friends and relatives. Despite the striking features of this app, there have been stories of scammers taking advantage of its messaging capability to defraud users. The most intelligent people can also be victims of Snapchat scams. The reality is that it could occur to anyone.

So if you think you are a target of a Snapchat scam, never hesitate to get help from fund recovery services.

What Are Snapchat Scams?

According to users, fraudsters are hacking into Snapchat accounts and impersonating users. Numerous things could cause this, but the most frequent reason is a data breach where user information, like login credentials, is exposed. In addition, anyone on the hacked user’s friends list could be the first person a scammer targets after getting access to their Snapchat account.

Once they’ve acquired access, the scammer sends messages to others requesting assistance while posing as the account’s owner. Sometimes con artists may invent a complicated tale about why they need money, such as a broken car, accidents in their family, money needed for a treatment, or other financial complications. Their strategy is to persuade people to send money to the account hacker, under the pretence of the user, and to ghost them until they’ve collected all the money that they need and have disappeared.

Snapchat scams also employ the ruse of requesting users’ assistance while claiming to need technical help with their software. For instance, To help your friend, firstly, you need to understand how the program works. Then, the user is asked to provide their own Snapchat login credentials. But as soon as the scammers have access to your account, they will download any saved images and attempt to use them to blackmail you for money.

The idea that their account could get hacked does not even occur to young people because they use Snapchat to message their friends and socialize. When it comes to this scam, most targets are more concentrated on supporting their dependable friend.

Furthermore, many users have even set up Snapcash on their accounts, enabling them to quickly send money from their Snapchat accounts. Since Snapchat makes it so simple to send and receive money, scammers rely on users’ false sense of security, even if sending money this way may appear “odd” to those unfamiliar with the platform.

How can you protect yourself from Snapchat Scams?

There are several ways to guard yourself or your family members against these Snapchat scams:

Reach out to your friend:

Make sure to contact your buddy via a different messaging app if you or your child ever receive a suspicious message from a friend asking for funds or tech support. This is to ensure your friend is still in charge of their Snapchat account and that a swindler isn’t using it.

Be Picky About Friend Requests:

While this is a standard warning, many teens and immature adults may not know the hazards of sharing their login details with friends, especially over the internet. So ensure you or your family member never send login details to anyone, no matter how hopeless they appear.

How can you identify a Real Snapchat Account from a Fake one?

Like Instagram, Snapchat has a good share of social media influencers, making it challenging to distinguish between “genuine” accounts and scammers. The most excellent approach to ward off identity theft and Snapchat scams is to report con artists before they attempt to con you online. Here are several indicators that can help you distinguish between real and fake accounts:

• Verify their Snap rating: This will reveal if they actively utilize the platform. If someone claims to be an influencer but only has a Snap score of a few hundred, they’re probably lying.

• Seen the Snap map? : Does their profile’s stated location correspond to where they are?

• Find out if they use Bitmoji: A Bitmoji is a cartoon character associated with a user’s name. Since they are so typical among Snapchat users, the absence of one from an account can raise suspicions.

• Consider their questions: You should probably block a random account if it adds you and then start pinging you with weird links, asking for “help.” The same is true when it comes to your buddies. If someone you know begins to send you strange messages, get in touch with them through a different platform and find out if everything is okay.

False accounts frequently show attractive people and models flashing money, expensive items, and sports cars. But keep in mind the proverb “If it looks too good to be true, it probably is.” It’ll certainly help you prevent Snapchat scams.

The famous photo and video-sharing app Snapchat doubles as a messaging platform. More than 230 million people use it, with many of them being teenagers and young adults. Scammers are using Snapchat’s messaging feature to trick users.

Many users have enabled Snapcash, which allows users to send money from their Snapchat accounts, to other accounts. Users are lured to send money to the account hacker pretending to be the hacked user, when the hacker does not even intend to keep in touch or return the money.

Even if someone seems desperate, never give them access to your Snapchat login information. Another strategy for maintaining your safety is to be picky about who you accept friend invitations from.

The best way to prevent identity theft and Snapchat scams is to alert the authorities when con artists are about to defraud you. Check the rating on Snap. Anyone who claims to be an influencer but has a small number of Snap scores may be dishonest. However, you can use Google Image Search to determine where a picture came from. Verify if they’ve employed Bitmoji, a cartoon avatar connected to the user’s name.