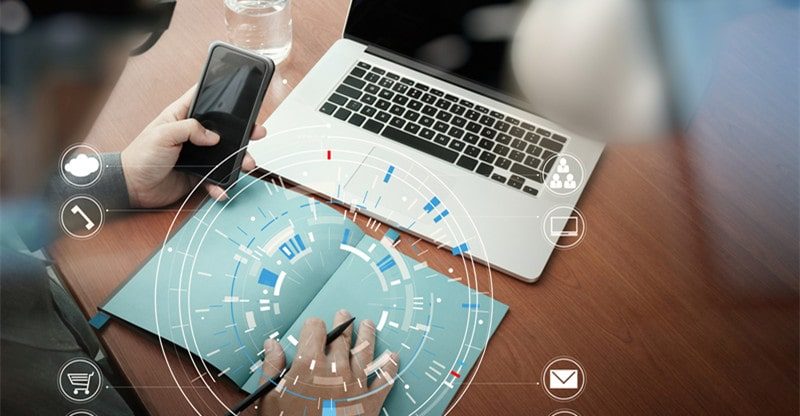 The market offers so many options, making it harder for business owners. Creating an app, the most important question is, what to choose? What development toolkit is the best to develop an app?

These toolkits, Flutter and React Native are like Durant and Lebron or Conor and Khabib. They represent the whole field, trying to be better than each other. Each of them has its strengths and weaknesses, making the game of choice more exciting.

Today, we will help you understand this deeper. We will explain to you the differences between Flutter and React Native – the two most dominant giants on the market.

Flutter is a portable app development UI toolkit originally intended to make life easier for thousands of developers out there looking for a way to speed up their work without sacrificing the visual attractiveness of the final product. Flutter provides them with the ability to create apps while not being tied to a single platform.

What Is React Native?

The idea with React Native is pretty similar – provide as many beneficial features to developers while sacrificing as little output as possible.

React Native operates for a longer period of time than Flutter predetermines some extra benefits. First, it had more time to grow on users and develop a much larger community of people who seem to like its features.

Second, a bigger audience and earlier start can provide you with enough time to fix the issues before anyone else even notices they exist.

Third, monetary results of such a product can never be underestimated, as they give the company more space for investing in people and expansion, improving the existing and potential products, which leads only to more future dominance in this sphere.

What Are The Differences Between Flutter And React Native?

Flutter and React Native may look the same. But developers know that they are not. Here, we will go through major differences between these two toolkits, so you make your decision which one to use.

Both of these toolkits were created by big corporations as a tool to develop their own products and independent ones.

React Native’s creator is Facebook Inc, owned by Mark Zucherberg. They considered that mobile apps were too dependent on HTML code in 2012. That is why, it was decided to develop something more native. In a few years, this idea became the foundation for React web framework, background for React Native.

Flutter was created by Google by the codename “Sky”. Till today, it is developing and changing by Google services and community.

Taking into account the fact that React Native was the first to appear, its code libraries for UI became a foundation for the further developments in this sphere. Flutter uses a big amount of these libraries’ materials. React Native is mostly used by more professional developers, when the Flutter is popular among starters. Such an audience difference affects the difficulty of tools, and how they are implemented in the program.

Time on the Market

Flutter was released back in 2017, and during the short period, it was able to win the hearts of many developers. Despite its amazing growth, the desktop support is maintained only as a beta release. Although there is room for improvement, that does not change the fact that Flutter has proven to be one hell of a tool when it comes to mobile applications’ development, which is obvious just by looking at Flutter’s reports.

The origins of React Native go back to 2015 when Facebook was hosting their hackathon event. React Native evolved from being Facebook’s inside project to one of the market’s biggest leaders in the app development area.

Let’s take a look at the pros and cons of each of these development toolkits.

Flutter offers a variety of options for compiling any source code since it can be used as the Windows, Linux, or IOS. There are no shortages of plugins. This means that any developer can install already existing plugins, or they can put their creativity in motion and come up with their own.

React Native, on the other hand, can be used for multiple development goals:

• Development of apps for both operative systems – Android and IOS;
• Cross-platform development;
• Creation of mobile apps with the help of JavaScript.

Top Apps Made with Flutter and React Native

Due to the fact that both toolkits were created by big corporations, it is logical that they were used during the development of popular apps. Here are some of the apps developed with these two toolkits.

The future of either of these toolkits is unknown. Still, it is quite obvious that their fight for every app and developer will continue. Experts also expect that in the next few years Flutter will become the market leader. As a young one in this pair, it needs time to grow and develop. If the company keeps the same development dynamics, it is a matter of time when Flutter gains a big audience.

Also, as Facebook property, React Native follows its rules. And they tighten people’s hands a lot now. So, it is one more reason why developers, especially young and rebellious, will choose to use Flutter over React Native in the next few years.