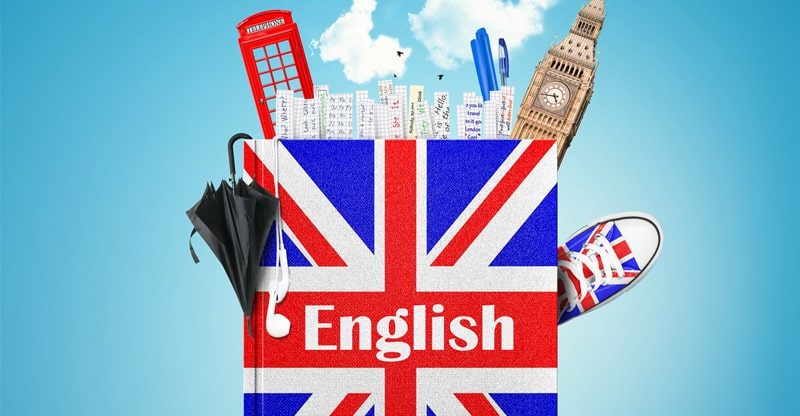 The past 18 months have allowed us the opportunity to brush up on our Zoom abilities, perfect our couch potato skills and test our binge-watching limits, but now many of us are craving an adventure outside of our four walls.

While some are returning back to travel, many are not yet ready to brave an international trip. If you’re craving a foreign escape but aren’t ready to go abroad, you might be pleasantly surprised to find that your Netflix library travels much further than your average recommended list of American titles. It might be time to delve into the world of foreign-language films and TV shows!

Streaming platforms like Netflix, HBO and Amazon Prime have been producing content outside the United States for years. And while foreign-language hits like “Money Heist” (Spain), “Dark” (Germany) and “Parasite” (South Korea), have left their mark on viewers worldwide, some American audiences are still hesitant to take the leap and give foreign-language content a shot.

While subtitled or dubbed dialogue may seem annoying or limiting at first, I promise they’re easy to get used to. As a foreign film lover and a subtitler for the world’s largest streaming service, I’m here to help you understand why, and how, you should start watching foreign-language content.

Three reasons why you should start watching foreign-language content

Visit the depths of Japanese reality TV with “Terrace House,” which follows six men and six women through their daily lives. Learn about an ultra-Orthodox Jewish community in Brooklyn in “Unorthodox,” all while listening to the tunes of Yiddish (a German-derived language written with the Hebrew alphabet that has only 600,000 native speakers worldwide).

Or, get a good chuckle with my favorite French comedy, “Serial (Bad) Weddings,” a movie about a conservative, Catholic French couple whose four daughters marry men from different races and religions.

My pandemic favorite is Netflix’s “Indian Matchmaking,” a reality show that follows Mumbai’s most renowned matchmaker as she travels around the world to match Indian couples for an arranged marriage.

As a language geek, I especially loved learning that Indian culture has two main concepts of marriage, but they describe them differently than we do in English: The Hindi word for “marriage” would be translated into English as “arranged marriage,” and what they call “love marriage” is what we simply call “marriage.”

I was also fascinated to see how the matchmaker uses astrology to determine if a marriage will survive. Since watching this show, I’ve added India to my travel bucket list. So, grab your remote and a bowl of popcorn and take your next digital vacation with your trusty TV.

A study by the European Commission showed that people in countries that use subtitles for movies and TV shows (such as Sweden, Denmark and the Netherlands), have better foreign-language skills than people in countries where dubbing is prevalent (such as France, Germany or Spain).

There is a real, practical way to learn a language with the help of subtitles. Here’s how you can get started:

Remember, you don’t have to understand every single word or phrase to enjoy the show. Download your favorite bilingual dictionary app to your phone, pick a show and learn another language with the help of subtitles.

If there’s one thing I’ve learned from watching French films, Mexican TV series and Japanese reality shows, it’s that when it comes down to it, human nature is universal, and we all have more in common than we may think.

Whether you’re watching from New York City or Shanghai, the characters we see on screen are living lives that aren’t so different from our own.

And as human beings, we can see for ourselves that content makers worldwide are replicating the same stories in different settings. Characters across the globe fall in love, get wrapped up in political scandals, and struggle with life’s many obstacles… with a slightly different spin. It may sound cheesy, but global content is bringing the world together in ways never seen before.

Why not give it a shot? Watching foreign shows with family members could also be a great way to open minds and start a dialogue that might otherwise be difficult.

Subs or dubs? (Or: How to watch foreign-language content)

There’s a never-ending debate in the foreign-language content world: What’s better, subs or dubs? In the end, it comes down to a combination of your pet peeves and personal preferences, but here are my two cents on the matter.

Option 1: Subtitles. The main benefit of subtitles is that you feel like you’re “inside” the other country and culture. You can hear the original actors and experience the language with all its unique characteristics, such as intonation, emphasis, emotion and voice (can you imagine watching Bruce Willis speaking German?).

The vast majority of film connoisseurs and critics prefer subs overdubs. Why? Because it’s more authentic and provides a more enticing viewing experience. In the words of Bong Joon Ho, the director of “Parasite,” the first foreign-language film to win the best picture at the Oscars, “Once you overcome the one-inch barrier of subtitles, you will be introduced to so many more amazing films.” It seems he prefers subs, too.

Option 2: Dubbing. It’s true that dubbing makes for an easier and stress-free viewing experience. You can sit back and relax without the effort of reading when you’re tired after a long day at work. And aren’t TV shows and movies meant to be heard, not read?

It’s been found that most US viewers prefer dubbed versions of foreign shows over subtitled versions. Dubbing has gotten a bad rap from old dubbing techniques where “lip flap” was the norm (when actor mouth movement and dubbed voices don’t match.) But Netflix, for example, is rising to the demand for higher-quality English dubbing.

My thoughts? I prefer subs, but you should try both. You never know what you’ll like until you see it for yourself.

Afraid you’ll get lost in translation?

I hate to break it to you, but something will always get lost in translation. Translation in itself is an art form: it’s a delicate dance of cultural interpretation, attention to detail, and finding the closest equivalent.

Some cultural nuances simply can’t be recreated, because some words and the meaning they hold can be as unique as the culture itself. Subs and dubs come with an extra dose of hurdles to overcome in the form of time constraints and lip movement (respectively), but that doesn’t mean foreign content isn’t worth watching.

1) Our eyes read much more slowly than our ears can hear. Subtitles are limited by time constraints such as character-per-second and line-length rules that cause subtitles to be truncated, or shortened for readability. Most subtitles are limited to a maximum of two lines and 42 characters per line. (That last sentence, for example, has 80 characters).

But not all is lost. Professional subtitlers are experts at condensing, summarizing and removing parts of dialogue as needed so you’ll miss out on as little as possible. This article on the art of subtitling Netflix’s “Taco Chronicles” explains some of the quintessential challenges specific to translation and subtitling.

2) While subtitles are limited by time, dubbing is limited by sound and mouth movement. Specialized voice actors hide the original dialogue, intonation and emphasis. While good dubbing generally passes unnoticed, in my experience, when voice actors cry, shout, or laugh, it sounds painfully fake when compared to the original.

When I hear these cries of emotion, it takes me out of my viewing experience and quickly reminds me why I usually watch foreign-language content with subtitles.

Then there’s the heated discussion on who should be dubbing which actors. In a recent casting debate over Pixar’s “Soul,” which stars a Black hero and Black voice actor, a white actor dubbed the character in Danish. The original directors and creators of a show or film don’t necessarily have a say in which voice actors dub the original, and viewers are usually none the wiser to these post-production decisions.

Regardless of language, the main concern is whether or not we connect with the storyline and actors. Don’t let your international travel break keep you from learning a new language or experiencing a new culture. Grab the remote, flop on your sofa, and travel the world with some foreign-language content. Whether you go for subs or dubs is totally up to you.

Molly Yurick is a Spanish to English translator specialized in travel, tourism, and airline industry translations. She also serves as Deputy Chair of Public Relations for the American Translators Association (ATA), which represents more than 10,000 translators and interpreters across 103 countries.