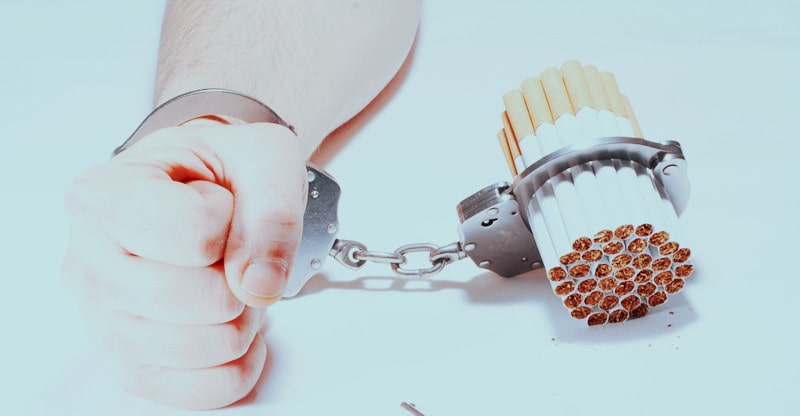 The new year isn’t so new anymore. All those January resolutions aimed at bettering your health, finances, relationships, career, and any other important area of your life have all been tossed out of the window. Forgotten about. Gone.

Sure, you probably made some effort at sticking to your life-enhancing plans and changing things around – and what a tiring 14 minutes that was, hey? Probably best to take the rest of the year off. You can’t rush these things. Too many changes at once won’t stick. Slow progress is better than no progress and all those other comforting little lies you tell yourself.

But there is no comfort in continuing to smoke tobacco. Misery awaits you and your family. You know this to be true, because you’re probably too scared to Google “is lung cancer curable?” (spoiler alert: only if you’re very lucky).

Let’s get into it with no holding back.

If you smoke, you stink. Your house stinks. Your clothes stink. Your car stinks. You don’t notice it, of course, because you’re used to it, but if you think chewing gum and spraying the occasional spritz of perfume or cologne is kidding anyone, you’re in cloud cuckoo land.

Plus, your weathered skin looks like you’ve spent a year adrift at sea using your face as a sail, your teeth look so yellowy-orange and brown that you could easily convince onlookers that you’ve been chewing on random things you found on the forest floor, and your stained fingers would look more at home on a low-paid industrial revolution era factory worker than on a modern-day office type.

In short, it’s difficult to decide whether smokers look or smell worse. And that’s no way to go through life.

Erectile dysfunction for men and ectopic pregnancies for women should be reason enough to kick the habit. But why stop there. Smoking is the no.1 cause of lung cancer. One in five sufferers of heart disease wouldn’t have developed symptoms had they not smoked. There’s throat cancer, tongue cancer, high blood pressure, and narrow arteries.

But here’s the thing, even with all of that going on, your body fights to keep you alive. Smoking won’t kill you overnight. It’ll take months and sometimes years for your gradual demise to come to a solemn and often gasping end. Hardly the blaze of glory you deserve.

Here’s an idea, go cold turkey. Forget all that help with ‘quitting advice & support’. Go cold turkey and see if you can do it. Muster every fiber. Mobilize. Stay alive. It just might work.