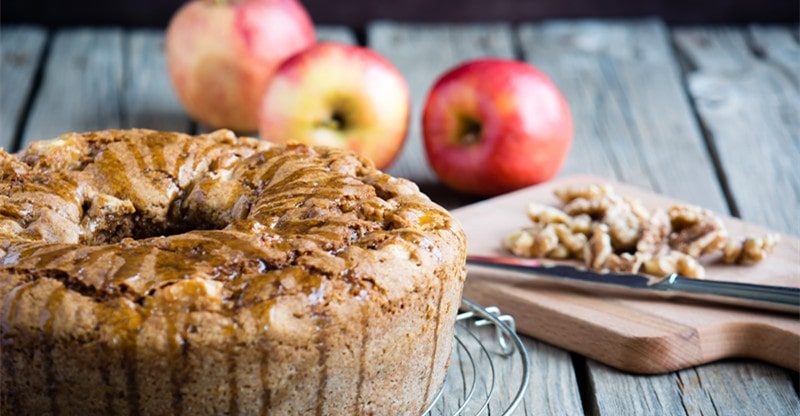 If you are part of a Jewish household, you’ll be well aware that Rosh Hashanah is right around the corner. Commemorating the creation of the world, this is the Jewish New Year which is celebrated through special traditions, mitzvah, and (of course) a lot of food.

Any Rosh Hashanah full guide will have a dedicated section for food. It often goes to the top of the pile when it comes to things to look forward to (with family coming a close second).

The smell of challah bread oozing from the kitchen, the sweet scent of fruit catching in the smoke of candles. There is nothing better than sitting back with those close to you and enjoying a feast in commemoration of your ancestors.

The only issue comes in the days after, when you step on the scales and realise that you really shouldn’t have had that third slice of honey pie. Yes, the holidays are not so forgiving when it comes to weight-watching. How can they be when there are so many amazing recipes to try out?

Well, although it might seem your diet is all but lost during the holiday season, there are actually plenty of Rosh Hashanah recipes that are not only delicious but healthy too!

If you’re looking to try out something a bit different this Rosh Hashanah and you want to cut down on the calories, then here are five of the best meals which you should definitely try out:

Beets are a pretty iconic Passover food, but they are just as popular during the Jewish New Year. While ordinarily an accompaniment to a much heavier meal, beets can actually stand up entirely on their own. All you need is herbs, lemons and a bit of patience. Try mixing them all together and then place the dish in the oven for around forty minutes. You’ll have a beautiful roasted beet meal which is healthy too.

While it is the ultimate comfort food, there’s nothing about roast chicken that says it has to be unhealthy. Just go simple. Include some spuds, onions, garlic, thyme, kosher salt, and wham. You’ve got yourself a delicious and healthy main course.

It’s not really a Jewish holiday if some braised brisket isn’t involved in some shape or form. Don’t worry, just because you’re going lighter this year, it doesn’t mean you have to let go of this one. With some onions, berries, parsnips and rutabaga, you can flavour a conservative portion of brisket and keep it healthy.

What’s that, we hear you ask, a cake can be healthy? Of course, it can. This honey-almond cake is made without any flour, making it free of gluten but full of flavour. With the right amount of almonds and honey, you wouldn’t be able to tell that this is different from any other cake.

Although it’s simple, apple and cinnamon cake packs a sweetness that is difficult to beat. What’s more, there really aren’t a lot of calories in it. The only difficulty comes from resisting a second slice. After all the effort you’ve gone to, however, you probably deserve it. Just this once!