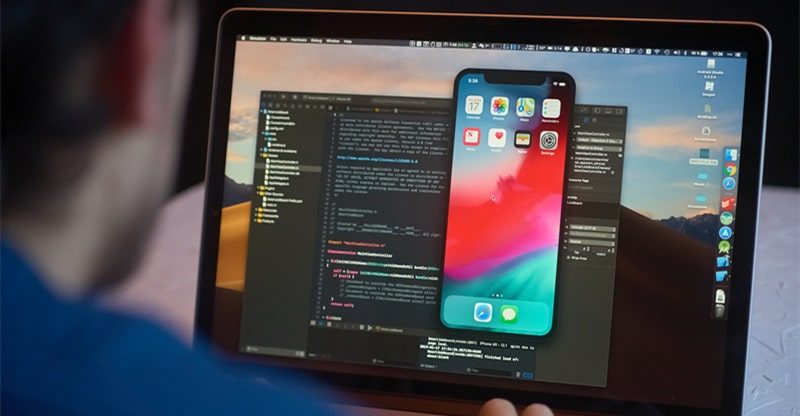 Low-cost mobile app development is often the goal of anyone with an idea for a new app. All apps begin as ideas; someone thinks, “I wish I had an app that did X.” They then start the process of planning and creating their app.

However, transforming an app from an idea to something you can download on your phone takes time, talent, and skills, often costing significant amounts of money.

Whether you think of an idea for a good app or wish to give your business an app, this article will cover the most low-cost mobile app development options.

What determines the cost of an app’s development?

Not all apps will cost the same amount. For example, a simple calculator will be much cheaper to develop than a new social media app. Several factors could contribute to the rising of your mobile app development costs.

The most fundamental question for any app is, “What will it do”? The more you want it to do, the more expensive it will be to develop.

For example, a dictionary app with only text will be significantly cheaper than a social media app with file sharing, image sharing, private messaging, and user monetization. If you’re after low-cost mobile app development, don’t overwhelm the system- doing so will also crush your customers!

Remember, each screen, button, and function impacts the cost and time you will need to put into your app.

Usually, developing an app for iOS costs more than an Android app. However, this is not always the case, as testing on different Android versions can also increase the prices. The safest but also most expensive option is to develop a cross-platform app.

If you decide to create an app for only one of the major operating systems, it can save money, but it can also prevent half of the US from using your app.

Features such as servers, databases, internal architecture, payment systems, messenger, GPS, and connection to other devices will also increase the cost. They require different systems separate from the app. Only use these features if they are necessary.

Security can be vital. A security breach can seriously damage your company’s reputation. However, stronger security comes with a higher cost.

An app going on the app store isn’t the end. You will need to upgrade the app when operating systems change, update it to the latest versions, and fix bugs.

How to reduce app development costs

Reducing the cost of app development will be a crucial concern for many small businesses or people with limited budgets but fantastic app ideas.

Any app will require both a financial and time investment from its creator. However, following the instructions below, you can learn how to save time and money.

Essentially, know exactly what you want. Don’t just go to the developers and explain your rough idea. Tell them precisely what you want the app to look like and what features you would expect from it. The more specific you can be, the better.

It will also be wise to list the features you don’t want. Sometimes, your developers might be so used to adding certain features they assume all their clients want them. But, telling them precisely what you don’t wish to remove any doubt.

When you have a detailed project scope, your developers will not waste time asking for clarification.

Most businesses will not have staff who can dedicate themselves to your app full time. Nor will most people with a good idea.

For example, if a start-up co-founder wants an app for their startup, they’re unlikely to have an in-house app developer.

And if your business does have full-time app developers, low-cost mobile app development might not be of the utmost importance.

Therefore, getting help from an external company will often be necessary. External companies can provide staff with the skills and knowledge to create an app and publish it on Google Play and/or the iOS app store.

To hire developers for startups, you should check B2B platforms like Clutch, DesignRuch, and Goodfirms.

Outsourcing gives you quick access to a global talent pool at a reduced cost. Your average cost of app development will go down a lot when you don’t hire developers in-house.

Essentially, it’s an extremely basic version of your app. Although you cannot do everything that you can do on the final app, all the important stuff is available.

By making an MVP, you can get feedback, make sure the app that goes to market is excellent, and ensure it gets launched on time.

Some people may wish to access your app on their phones, and others on their tablets, smartwatches, or other devices that use apps.

However, if you choose to have your app available on multiple devices, you will need to decide between numerous native apps or one cross-platform app.

Native apps are usually better, but they cost more to develop than cross-platform apps.

Whereas cross-platform apps are generally quicker and cheaper to develop but not as popular with customers.

Turning an app from an idea into something downloadable is never easy. It takes both a financial investment and a time commitment. Understanding your budget for app development is a vital part of making sure your app meets all criteria and stays within what you can afford.