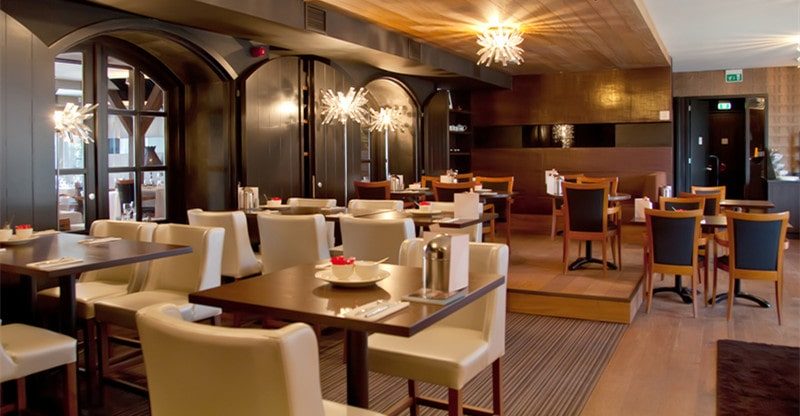 There are quite a few trade secrets that restaurant owners hold on to, and this often results in consumers not fully understanding what it takes to run a successful eatery. If you want to open a restaurant of your own in the near future, you must first unlearn a lot of the assumptions that you might have made.

Most of these assumptions have to do with you taking what you see at face value. For example, you might think that restaurants buy a certain number of chairs and tables and then keep the entirety of their furniture in the dining area.

This is actually not even close to what actually occurs. For the most part, restaurant owners rarely ever keep all of their furniture out. Instead, they keep some restaurant furniture on standby so that it can be used as and when required.

Keeping all of your furniture out is a big mistake which we will get into shortly. It can result in customers getting the wrong impression about whether or not you would be able to serve them. First impressions are a big part of restaurants becoming local institutions that people frequently go to, so this is not something that you would want to skimp out on.

Much like with everything else in the world of restaurant operations, it is crucial that you find a middle ground with respect to furniture placement. You already know that you shouldn’t keep all of your furniture out, but keeping too little of it can be a bad sign for your customers as well.

Before we discuss why you shouldn’t go overboard when it comes to keeping a minimal amount of furniture in your dining area, we must first address the opposite end of the spectrum.

Basically, if you have too much furniture set up and you don’t have customers to fill those seats, this might make your restaurant look a little dead.

Customers that walk in would notice the emptiness, and this can result in a rather bleak atmosphere. You would want your restaurant to look really lively, so if you are facing a dearth of customers you can keep some of the empty tables and chairs in your storage room. Furthermore, you can bring whatever tables and chairs you do have in the dining area closer together.

What this would do is make your relatively empty restaurant seem quite cozy to anyone that walks in. Customers would feel enchanted with the vibe and they would barely even notice that you are experiencing low footfall at that moment in time.

Restaurant goers would rarely want to dine at an eatery that looks really empty. This might lead them to assume that there is something wrong with your establishment. Periods of low footfall are only natural in the restaurant industry and everyone goes through this at some point or another, but that’s not something that customers would be willing to consider.

Instead, they would attempt to rationalize what they are seeing and the assumption that the emptiness is caused by some fault in your restaurant would seem logical to them.

Whether or not this is true is irrelevant. The only salient point that you can derive from this is that the emptier your restaurant looks, the worse a customer’s first impression would end up being. Strategically moving chairs and tables around to avoid an empty or desolate look can be a great way to stave off this psychological leap that many customers would make since them walking out the door would not be great for your own morale.

Now it is time to discuss the other side, namely what would happen if you don’t have enough tables and chairs in certain situations. You should always have at least a couple of empty tables in your dining area. Any more than this would contribute to the bleak ambiance that we discussed previously, but that doesn’t mean that you shouldn’t leave a single empty table. This is a real overcorrection, and it would end up doing a lot more harm than good.

For one thing, if a customer walks in and does not see any empty tables, this might intimidate them to a certain extent. They might assume that you’re packed and would therefore not be able to accommodate them. This thought can enter their head in a split second, so even if you have a waiter on hand to tell them the contrary it might not be enough to prevent them from wanting to leave.

Customers can also feel like they are somehow inconveniencing you if your wait staff have to bring a new table and set of chairs in order to seat them. Hence, having a couple of free tables is important since it would mean that customers can just come in, seat themselves, and wait to be served.

Understanding the psyche of your customers is an all-important aspect of owning and operating a restaurant. In fact, this job that you are trying to take on involves a lot more psychology than you would initially expect. It is highly likely that you are going to make countless mistakes along the way, but don’t let these discourage you.

Also, bear in mind that the tips that we have given about furniture placement are not universal rules. Rather, you should see them as general guidelines that you can follow.

That said, customer behavior does tend to adhere to what we have talked about here. You would do well to devise a furniture placement strategy, and always pay attention to any and all customers that walk in so that you can make the right decisions that would lead to them paying you for a meal.