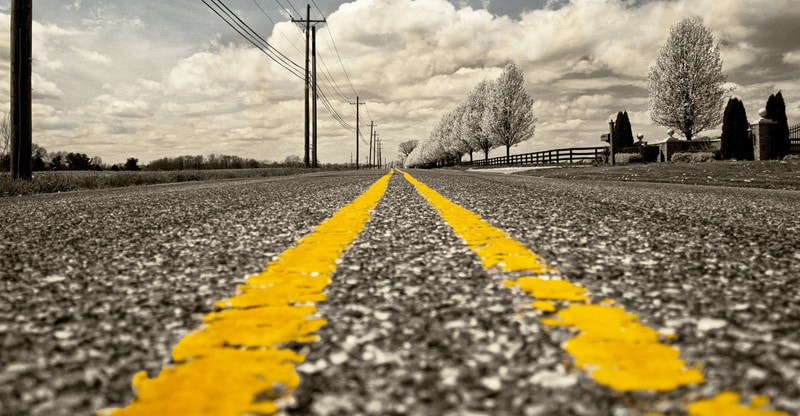 Road markings are essential to maintain the control of traffic on highways. This will guide all road users for parking regulations for their safe driving. With the use of different markings, it also supplements the function of road and traffic signs.

Markings and road lines depend on where you are in the world. There’s a variety of them in terms of color and pattern. The first-ever road marking in the UK was way back in 1918 and that was a white line. It was 1926 when the country introduced its official guidelines regarding how white lines will be used on roads.

The marking industry has three ways to mark the roads with information. Before, they used to paint on the surface. They are using a special spray machine on the roads at a slow pace. This option is a low cost and extremely hard to remove. They also use thermoplastic road markings which are commonly used nowadays. In terms of durability and high resistance, it is very good. It can be cut to size before the application so it saves time and labor.

The other one is the temporary road marking tape which is durable for at least 3 months. It also offers good resistance, but this option is quite expensive than the others and it doesn’t stick to the carriageway in wet and cold conditions. A car park line marking company not only provides road markings, but they also cater to airfield markings, sports court markings, warehouse line painting, school playground markings, and even race circuit paintings.

The most universal road markings are usually white or yellow, and they differ between solid lines, broken lines, or a combination of the two. Here are the most common road markings and their importance that you need to keep in mind especially when you’re driving.

Broken lines allow crossing with carefulness if traffic situation permits. Solid lines do not allow crossing except for entry or exit from a side road. Double solid lines indicate strict restrictions and should not be crossed unless it’s for emergency purposes.

This plays a very essential role in the roads. It is marked across the direction of traffic. The different kinds of transverse markings are pedestrian crossing, stop line-markings, and direction arrows.

Stop line directs the vehicles to not proceed when required to stop by signals or by traffic enforcers. Pedestrian crossings are provided to reduce conflict between vehicular and pedestrian traffic and accidents between them. Direction arrows help to guide the drivers in advance over the right lane to be taken while approaching busy intersections.

This type of marking is also essential on roads. Characters for word markings are always in capital letters, and shall not consist of more than three words for any message. Some of the examples of word markings are STOP, SLOW, RIGHT TURN ONLY, and many more. The characters are elongated so it can be read easily; this guides and warns the drivers ahead.

Road markings help to reduce road accidents, control traffic, and obstructions to ensure safe driving. They also support safe pedestrian crossing that is why all people who are driving and who want to learn how to drive should know carefully all the markings, signs, and precautions. It is always important to drive safely.