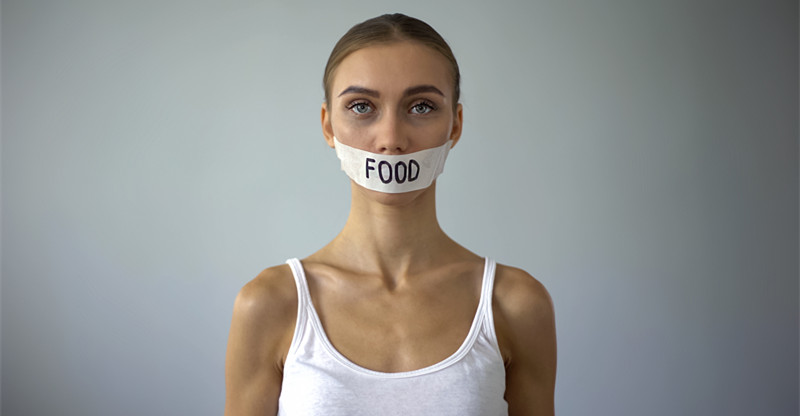 It could be said that self-control is the trait that distinguishes an adult from an adolescent. Not only does it play a vital role in everyday tasks and behavior, but it also helps one be more efficient in the workplace.

If you exercise self-discipline, you’ll be able to stick to a diet regime, exercise regularly, and lose weight with ease. Also, you will reach more long-term goals, such as advancing your career or saving enough money to buy your own place. Not to mention that you will have more harmonious relationships with the people in your life.

But, at times, it can be hard to maintain total restraint and contain one’s emotions. What I found to be particularly helpful in those situations is sticking to encouraging quotes. Therefore, I want to share with you some of the most resonating self-control quotes to help you strengthen your willpower and leave rash decisions behind.

The Most Memorable Self-Control Quotes

#3. “I cannot trust a man to control others who cannot control himself.” ― Robert E. Lee

#4. “Ultimately, the only power to which man should aspire is that which he exercises over himself.” ― Elie Wiesel

#5. “You can’t always control the wind, but you can control your sails.” ― Dr. Bob Chope

#6. “Self-control is the quality that distinguishes the fittest to survive.” ― George Bernard Shaw

#7. “Self-control is one mark of a mature person; it applies to control of language, physical treatment of others, and the appetites of the body.” ― Joseph B. Wirthlin

#8. “Man who man would be, must rule the empire of himself.” ― Percy Bysshe Shelley

#9. “The first and best victory is to conquer self. To be conquered by self is, of all things, the most shameful and objectionable.” ― Plato

#10. “I will be calm. I will be mistress of myself.” ― Jane Austen, Sense and Sensibility

#13. “He who controls others may be powerful, but he who has mastered himself is mightier still.” ― Lao Tzu

#14. “He who reigns within himself and rules passions, desires, and fears is more than a king.” ― John Milton

#15. “I count him braver who overcomes his desires than him who conquers his enemies, for the hardest victory is over self.” ― Aristotle

#16. “Mandela’s heroism is the heroism of a man who suffered so badly for what he thought of as freedom. And yet, when he had the upper hand, he had this incredible self-control and these incredible leadership qualities.” ― Bono

#17. “You have power over your mind — not outside events. Realize this, and you will find strength.” ― Marcus Aurelius, Meditations

Because I have conquered myself

And not the world.” ― Sri Chinmoy

Quotes on the Benefits of Exercising Self-Control

#19. “If you do not conquer self, you will be conquered by self.” ― Napoleon Hill

#20. “The best time for you to hold your tongue is the time you feel you must say something or bust.” ― Josh Billings

#22. “Not being able to govern events, I govern myself and apply myself to them if they will not apply themselves to me.” ― Michel de Montaigne

#23. “Not to have control over the senses is like sailing in a rudderless ship, bound to break to pieces on coming in contact with the very first rock.” ― Mahatma Gandhi

#25. “Learning to control your reactions saves you a lot of explaining, regretting, and apologizing.” ― Remez Sasson

#28. “Being forced to work and forced to do your best will breed in you temperance and self-control, diligence and strength of will, cheerfulness and content, and a hundred virtues which the idle will never know.” ― Charles Kingsley

#29. “The part that I like the most from Buddha’s teachings and from His Holiness, The Dalai Lama, is that the most powerful weapon is to not attack, to be able to have self-control.” ― Ricky Martin

#30. “Since self-control is vital to reaching long-term goals, befriending people with willpower could be the secret to success. Whether you’re tempted to skip that workout at the gym or you’re considering blowing this month’s budget, spending time with a disciplined friend could boost your motivation to maintain healthy habits.” ― Amy Morin

#31. “By constant self-discipline and self-control, you can develop greatness of character.” ― Grenville Kleiser

#32. “Self-control, openness, the ability to engage with others, to plan and to persist — these are the attributes that get people in the door and on the job and lead to productive lives.” ― James Heckman

#33. “If you truly want to be respected by people you love, you must prove to them that you can survive without them.” ― Michael Bassey Johnson, The Infinity Sign

#34. “Everybody in the world is seeking happiness — and there is one sure way to find it. That is by controlling your thoughts. Happiness doesn’t depend on outward conditions — it depends on inner conditions.” ― Dale Carnegie, How to Win Friends and Influence People

#35. “Showing a lack of self-control is in the same vein granting authority to others: ‘Perhaps I need someone else to control me.’” ― Criss Jami, Venus in Arms

Impulsivity of character has the ability to wreak havoc on one’s life, both on the personal and professional levels. Discipline, on the other hand, maintains everything in balance and stops you from making bad decisions.

Hopefully, the self-control quotes above have empowered you to seek it within yourself and practice it more often. It is wise to consider the consequences of your actions before taking any steps you may later regret.