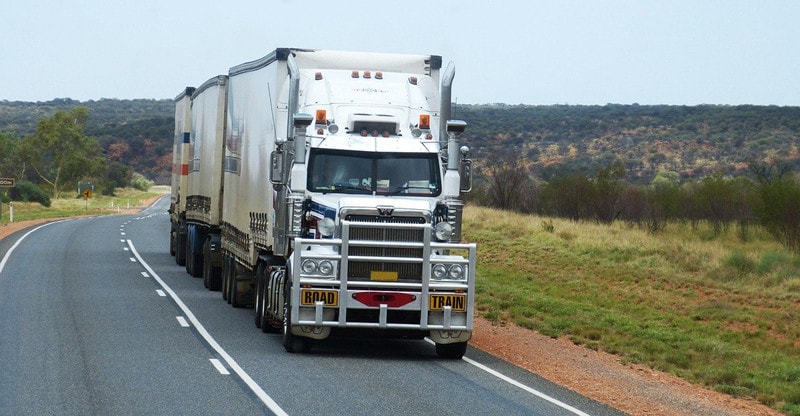 Raise your hand if you dread passing semi-trucks on the freeway! Because they’re so huge, they’re very intimidating right on the road. It’s safe to say that many pedestrians immediately think that trucks are the major reasons for vehicle mishaps on the road. But, is it?

I know I do, and this is because I assume I would not come out on the winning end of a semi vs. car challenge. Since small car owners would also say that their vehicle is safer, being that it’s more locked down on the surface of the road, the debate will never end. Many of us presume that being the driver of a semi is safer than driving a car simply because of the size of the respective vehicles.

The truth is, driving a semi-truck is also risky. It can be just as risky as any other vehicle out there. Cars and semi-trucks each have different benefits and risks.

If you’re looking to learn more, since you may be torn between this choice, you’ve come to the right article. Here, you’ll get a breakdown of the safety possibility of each option. Let’s take a look at the pros and cons of being a truck driver and driving a car.

One obvious benefit of driving a car over a semi-truck is convenience. However, no one drives a semi because it’s convenient. For the purposes of this article, we’re going to stick to comparing and contrasting both types of vehicles purely from a driver-safety standpoint.

According to the National Highway Traffic Safety Administration (NHTSA), cars are safer now than they’ve ever been before. Advances in technology have led to the development of new and improved safety features that are designed to keep drivers safe. These include:

In many cases, you can tailor the safety features on your vehicle to suit your family’s needs and the type of vehicle you own.

The Insurance Institute for Highway Safety determined that the lighter a vehicle is, the more damage it will sustain in an accident. This is because having less structure and size gives less ability to absorb the energy from the crash. In other words, the bigger the vehicle you collide with, the more dangerous the accident.

In a semi vs. car accident, there would be a clear winner. If you’re in the car, that winner most likely won’t be you.

Now let’s take a look at the safety advantages and disadvantages of driving a semi-truck. The drivers of these trucks get extra training that will make them safer drivers, but there are also factors that are inherent in the vehicles themselves that will come into play during an accident. Truck accidents are common too, so this doesn’t conclude that it is the safest choice.

Aside from the size of the truck, there are also many safety features trucking companies are implementing to keep their drivers safe and reduce the risk of lawsuits. Just like cars, trucks are also created to be safer than they’ve ever had before.

These safety features help truck drivers to avoid accidents in the first place. This is critical to the safety of all drivers because there are two million semi-trucks on the road today in the U.S.

Due to their size and weight, semi-trucks are more likely to roll over in an accident. At this time only 40% of companies have taken advantage of safety features that improve driver visibility. Because of this, there are still drivers who may not be able to see approaching vehicles, increasing the risk of being in an accident. Don’t forget to buy a Strong Tie Insurance for trucking services which will help a lot when accidents occur.

What to Do If You’ve Been Involved in an Accident

After reading through the pros and cons above, it’s safe to say that both kinds of vehicles still have the prospect of getting into an accident.

When you do get in one, however, the result doesn’t always have to be a negative one. As long as you know what to do after the accident, such as to get help, you can have a more favorable result than you initially expected. You can also have the proper indemnification or compensation for the damages that you receive due to the accident.

If you were the victim of an automobile, bus, or truck accident and you believe you weren’t at fault, consider contacting a personal injury attorney. You may be able to seek compensation for your medical bills, lost wages, and the cost of a counselor if you suffered from trauma.

You will also need to file a claim with your insurance company, the other driver’s insurance, or both depending on your state’s laws. Be sure to take photos and videos of the scene of the accident and any injuries you sustained.

Any time you get behind the wheel of a vehicle or are a passenger, you are taking a risk. No matter what you drive, follow the rules of the road, and pay attention to your surroundings and the other vehicles around you.

With all these, it’s safe to say that when it comes to boiling down each of the pros and cons, there’s no one option that’s better than the other. The truth is that no one is ever exempted from an accident. Once you’re on the highway, anyone can be a victim of one, regardless of whether you’re in the biggest or the smallest vehicle.

The bottom line still is that whatever vehicle you’re in, you always want to practice the greatest amount of caution. Be a defensive driver. Even more importantly, when you get in an accident, it’s very important that you also know what to do and whom to call. Other than the medical response team, a personal injury or car accident lawyer is a good start.