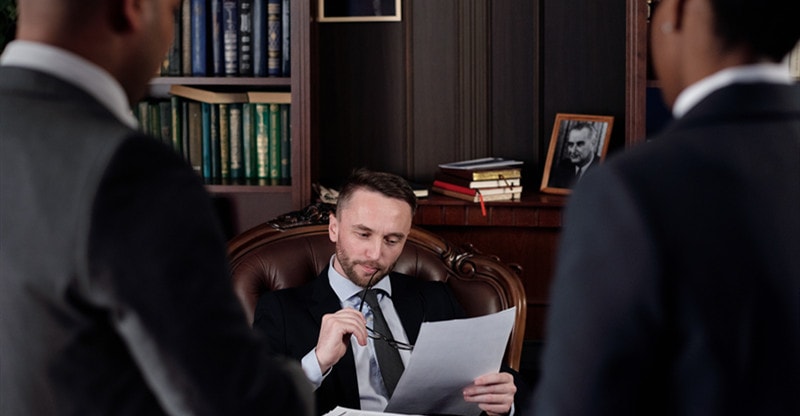 The bulk of civil suits in American courts are injury claims. The practice of law is very specialized, so these kinds of claims are best handled by personal injury lawyers.

Personal injury claims cover all sorts of accidents that result from the carelessness of another party, from car crashes to medical malpractice. You can receive compensation for lost wages, damaged property, and medical care needed at the time of the injury as well as possible future treatments, among other factors.

It is never easy to make a claim by yourself, you’ll need a lawyer who will work in your best interest and handle your case professionally and compassionately. If you’re not sure how an attorney can help, read on to learn how.

Making a personal injury claim is a lengthy process, and the first step is sitting down with your attorney to review your claim together. You should expect that the lawyer will ask you plenty of questions to form a full picture of how the accident happened and the circumstances that led up to it. They may also want to talk to others who may have witnessed the accident.

Your lawyer also needs to know everything about your injuries. The more severe your injuries are, the stronger your case is. Lawyers take it upon themselves to get hold of the medical records related to your injuries. Collecting information about the accident, injuries, and medical records can take a long time, as the experienced Richmond lawyers from Marks & Harrison explain.

But these steps are a must to build a strong legal case. A strong case has to prove the other party is at fault, that the injuries sustained are directly related to the accident, and that there is enough insurance to pay for the financial compensation; keeping in mind it is the one who is at fault who pays the compensation, not the courts.

A personal injury lawyer will draft a complaint and file it with the court to notify the opposing party of your claims. Once a lawsuit is filed, there is a waiting period to go to trial.  Between this filing and the first court date, the lawyers engage in discovery and negotiations. This could drag on.

While it might differ slightly from state to state, the general time frame could be between 1-2 years.  This time is not wasted, though. It allows lawyers to build your case. Your lawyer will know the statutes of limitations to follow according to the state you’re filing in.

Everything you suffered because of the accident can be financially compensated, which is the very least that you deserve.

Many factors are taken into account and professional lawyers have formulas that they use to get you the maximum compensation possible. Estimating the damages accounts for everything from bodily harm to property damage. They include medical treatments, lost wages, future lost wages, future medical expenses, and general damages.

Many people don’t know the difference between special damages and general damages. Special damages are easier to estimate because what you lost or had to spend money on is clear; your wages, medical treatments, etc..

General damages, on the other hand, are difficult to quantify because they fall under pain and suffering. These damages include the mental and emotional stress you’ve been subjected to because of your injuries. These aren’t easy to quantify without a personal injury lawyer.

When your lawyer is confident that they have built a strong case for you, they engage in negotiations with the at-fault party and the insurance company, if involved. It’s important to note that you can, and are likely to, receive compensation without ever seeing the inside of a courtroom.

Many people worry about hiring a lawyer in such cases because they think they have to go to court when, in fact, most cases are settled out of court. Most lawyers will not make a demand until you’re near maximum recovery to make sure all your medical expenses are factored in.

Sometimes, during negotiations, in an effort to avoid trials, as they can be expensive for both sides, the parties will enter mediation. This allows a qualified, independent third party to try and bridge the gap between negotiations. This can result in an out-of-court settlement.

A good lawyer will try to settle out of court, but if all the above steps are taken and a settlement is not reached, your case will go to trial. But given the fact that 97% of civil suits are settled out of court, this stage is unlikely.

Chances are, you want to focus on getting better after a negligent accident happens rather than deal with complicated legal issues. Getting in contact with a lawyer will simplify the entire process for you. Most of the time, you won’t have to do anything besides providing the information that you can. This, in itself, is another important reason why a personal injury lawyer is needed.