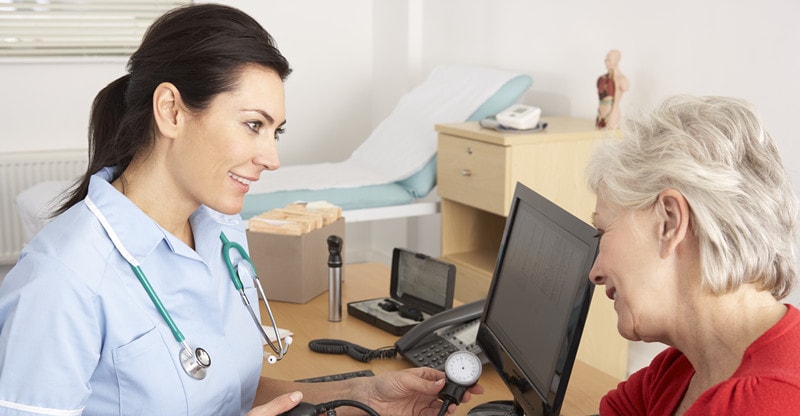 Sudden cardiac death (SCD) is a massive killer, claiming an estimated 325,000 lives in the US alone each year. Because pulmonary hypertension (otherwise known as elevated blood pressure) is one of the leading causes of cardiac problems, and SCD typically results from a cardiac problem, there’s a demonstrable link between the two.

Despite this, many people are unaware of the dangers of hypertension, and are unable to recognize it before it’s too late. One of the underlying problems is that hypertension can go without any clear symptoms for many years before it suddenly produces an impact — according to this study from mid-2019, only a third of sufferers have it suitably managed.

If left unchecked, though, hypertension eventually becomes serious. When this happens, there are certain symptoms to look out for. In fact, there are 5 symptoms in particular that are typically strong indications of a hypertensive crisis, so ensure that you remain vigilant:

You develop an intense headache

While the association between hypertension and conventional headaches is unclear, a hypertensive crisis (the sudden rise of hypertension to critical levels) can cause a severe headache by peaking intracranial pressure.

So severe is this headache that over-the-counter medicine is ineffective for treating it — the hypertension must be addressed. Note that it’s vital to differentiate between a tension headache and a migraine, as it’s vital for treatment.

You find it difficult to breathe effectively

Considered the most common presenting symptom of hypertension, difficulty breathing is a result of insufficient blood flow reaching the lungs. This restricted flow then prevents oxygenated blood from reaching the left side of the body, which further compounds the problem.

The sufferer will be able to breathe enough, but they’ll be short of breath, and it will be hard work.

You’re tired and have difficulty thinking

According to a study carried out in 2014, clinically-significant fatigue occurs in 57% of patients with pulmonary hypertension. Fatigue refers to a general lack of energy, and a patient suffering from it will find even basic tasks massively more challenging, and — particularly when the hypertension is severe — find it difficult to think clearly and compose their thoughts.

Your heart is pounding (possibly painfully)

One of the underlying causes of hypertension is the arteries stiffening up and contracting (often due to the accumulation of plaque).

To keep blood circulating sufficiently, the heart must pump harder, but the resistance isn’t uniform throughout the arteries — consequently, someone with hypertension can feel a bounding pulse in different parts of their body (e.g. neck, ears, chest).

Even before it becomes clearly symptomatic, hypertension can cause what’s known as hypertensive retinopathy (vascular damage to the eyes). In a hypertensive crisis, this can cultimate in serious disturbance of the sufferer’s vision: they might experience blurring, see lights or shapes, or even struggle to see anything at all.

Should you develop any of these symptoms in circumstances that fit the diagnosis of a hypertensive crisis, you must immediately seek emergency medical attention — and if you feel that you might be at risk of hypertension, get your blood pressure checked.

Simply adding more exercise to your daily routine should prove effective at reducing your blood pressure, but it might not be enough, depending on the cause.