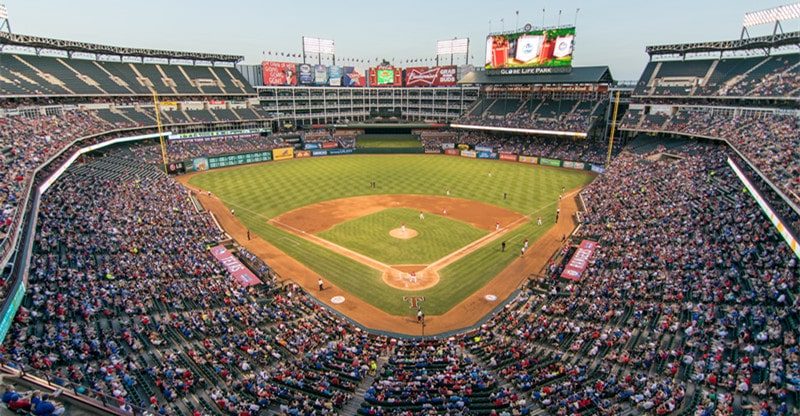 Whether you’re a sporting fan or not some places in the world must be seen. If you do not have the stadiums that will be mentioned here on your bucket list then you should.

These stadiums are intricately designed, some are modern but all of them have a rich and exciting history that is sure to make you want to pay a visit.

The history and atmosphere will have you mesmerized. Here is a look at the best sporting arenas to visit worldwide.

1. CenturyLink Field in the USA

This is known as the home of the National Football League’s Seattle Seahawks. Century link field has become a hard to handle destination for teams who play away from home, this is because the stadium is designed in such a way that sound is amplified.

Many visiting teams have suffered false start penalties because of the noise the crowd makes in this amplified stadium. It is well worth it to visit the stadium and become a part of the crowd that is known as the 12th man on the team.

In 2002, there was an uproar in England because it was announced that the Wembley Stadium would be demolished and rebuilt. The British public was angry and wanted to know what could be better than this classic landmark.

The new Wembley Stadium proved to be even more majestic than the last. It is now considered one of England’s architectural masterpieces. It should be on your bucket list of sporting venues you need to visit.

The stadium that is number one on the list of top10 largest stadiums in the world is one many people have never heard of. It is in North Korea and can sit 150,000 people at that time.

Rungrado May Day Stadium is not the most aesthetically pleasing stadium in the world but its sheer size and its ability to hold such a large crowd are enough to make it awe-inspiring.

It was first opened in 1989 when it hosted a youth festival. Since then it has been used by the national football team, for large parades, and other forms of athletics.

The Monte Carlo area is one of the busiest cities in the world all year round. Every year people visit for the annual Formula One racing events which showcase the best drivers in the world.

The streets and tunnels of Monaco are transformed into a racing circuit, but not just any racing circuit, it becomes the world’s largest and most spectacular circuit. While this is not your average type of stadium it is worth seeing this amazing transformation at least once in your life.

The Nou Camp in Spain may not be the largest stadium in the world but it is certainly one of the biggest. It has been the home of FC Barcelona since 1957. It can hold up to 100,000 football fans.

This stadium offers a guided tour and where you can see the pitch, the changing rooms, and the club Museum.

The MCG stadium in Australia is the host of many of Australia’s sporting events. It has hosted cricket, football, rugby, and athletics. It is the largest cricket venue in the entire world.

It also has the tallest floodlights of any stadium in the world. This means that matches can be played late into the night. If you are a cricket fan you will have to watch cricket at least once in this stadium.

The name you have probably heard a million times is Wimbledon because it is easy to pronounce. However, the full name of this famous location is the All England Lawn Tennis and Croquet Club.

Take in the Scenery

The stadiums mentioned here are among the most magnificent in the world. You cannot travel to any of the countries mentioned here without visiting these breathtaking locations.

If you’re a sports fan then they will be a dream come true but even if you are not the beauty of these sporting locations is sure to make it memorable for you.

As you plan your itinerary make it a point not to miss watching a sporting event or to simply visit these amazing venues at least once.