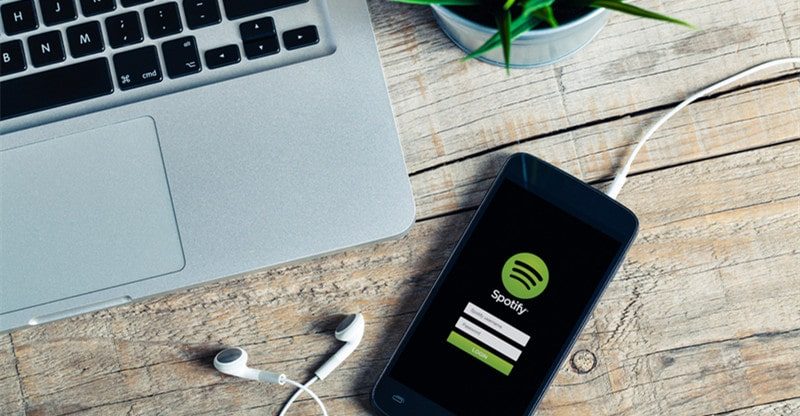 Not much had changed in the music industry for quite sometime before Spotify hit the market in 2008. At that point, record labels were losing money as people pirated their music instead of buying it.

What Spotify Had To Work With

Before their launch, there was already music available online for internet users. Several websites offered internet radio, such as Yahoo! Music (then LAUNCHcast), Napster and others. These services were less than satisfactory for the average user, and many resorted to pirating music.

Although piracy was illegal, it allowed users to listen to music whenever they liked; and it was free. However, as with anything that is not based on legal streams, there are some obstacles. Downloading pirated music was a hassle, often users would find the wrong song or low-quality audio. Even worse, more often than not people found malware and viruses instead of music.

Spotify’s founders realized that people do not pirate music thinking that they are doing anything illegal. They simply wanted a better experience, which Spotify sought to provide.

Why Spotify Was Better Than Others

Given that Spotify currently has over 300 million users, many of which use the app day in and day out, there must be something they have done that makes them excel and rise above its competitors.

Entrepreneurs should study Spotify’s business model and learn from it, and to better understand it we can compare it to similar services available to the average internet user. Users choosing to pay for Spotify over downloading for free, or other paid services, is the main reason for their success.

This music player by Apple is free to download and was fairly popular after its launch in 2001. As opposed to Spotify’s freemium business model, iTunes made money by selling digital media such as music, podcasts, and videos.

Many users opted to use the media player to organize their pirated music collection because the cost of downloading even a mediocre collection of audio files can easily build up at $1-2 for a single audio track. In other words, if someone were to avoid listening to pirated music (the free option), then Spotify was giving them a cheaper option of subscribing.

Paying a monthly subscription to Spotify became the legal way to listen to a vast collection of music, at a much lower cost than iTunes ever was. Later, Spotify modified its business model from solely subscription-based, allowing users to listen to an unlimited number of songs but with ads included. Users who wished to remove ads could pay for the subscription.

Launched back in 1999, this website had a groundbreaking idea. Users could share audio files, usually ripped from CDs. This turned the website into an extensive library of digital audio available for download. Users could search for a music track by song name or artist.

The problem with Napster is that it was technically illegal, considered another form of music piracy. The site was eventually shut down due to lawsuits from record labels claiming that Napster was guilty of copyright infringement.

The lawsuit did bring publicity to the website and increased traffic. However, they were ordered to shut down their operations unless they could give a 100% guarantee that no copyrighted material would be shared.

Spotify on the other hand decided to work with the music industry instead of against it. They provided a legal means for users to listen to copyright-protected music.

When Spotify was launched, its primary focus was music. Podcasts were available online since 2000, but have yet to reach widespread popularity. They could be downloaded in many different ways, through iTunes, or directly from podcast websites.

Spotify only started distributing podcasts in 2018. This was a smart move, given the increasing numbers of podcast listeners in the US and around the world. By diversifying their audio streaming content, they were able to attract more users to their platform.

Fans of standup comedian and MMA commentator Joe Rogan probably already know he has a highly successful podcast (Joe Rogan Experience). In fact, he has been often called one of the podcast giants.

Starting in 2003, his podcast has come a long way from its initial haphazard format. Reports found that he has 11 million individual downloads by 2015. He started recording his podcast in a private studio and continues to host guests from all different backgrounds.

What does this have to do with Spotify? They made Joe Rogan an offer which apparently, he couldn’t refuse. Spotify now owns exclusive rights to the JRE podcast, which not only brought millions of new listeners to the platform but also podcasters.

By identifying the market’s needs, and a series of smart moves, Spotify was able to reserve a seat as a global market leader in audio streaming.