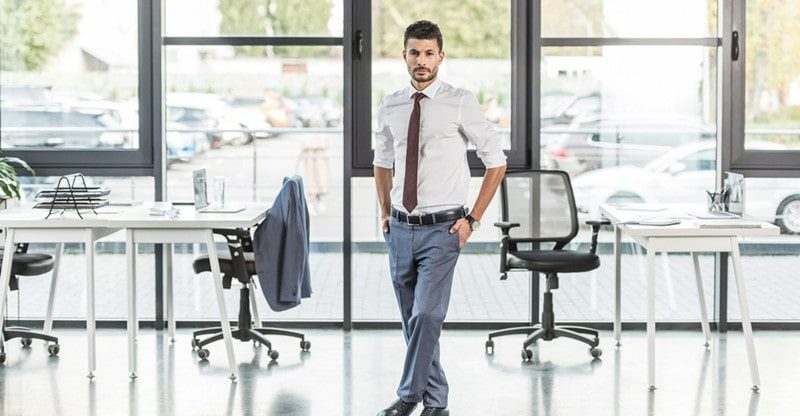 People are always trying to find more ways to be more productive, whether it’s in their work or their lives in general, but could standing desks be the answer within the office?

A standing desk is a desk that allows the user to stand up whilst they work. Some of them can have the height adjusted and these are often referred to as sit-stand desks.

A study conducted by Texas A&M University found that people using standing desks were around 45% more productive on a daily basis when compared to people using traditional seated desks.

In the study, the productivity of employees working in a call centre was measured. Some employees were given standing desks, whereas other employees continued to use seated desks. The research was taken over a 6-month time period for 167 employees.

The findings in the study suggest that there are many benefits to having standing desks in a workforce. Standing desks may help to reduce tiredness among workers, and as a result, may help to boost productivity.

Another reason that standing desks may help to increase productivity is that the human brain links sitting with relaxation and being inactive. For example, when we are sitting, we are using our time to watch TV, read books, or play games. In contrast, our brains correlate standing with working and activity.

The Take-a-Stand Project in 2011 found a similar outcome to the Texas study. This study was conducted over a seven-week period among employees that had “sedentary jobs”. The employees were split into two groups. One group received sit-stand desks and the other group kept their regular desks.

Over the weeks, time spent sitting was reduced by 224% and the group of employees with the standing desks reported better moods and a 54% reduction in back and neck pain. After the standing desks were removed and employees went back to their regular desks, the study reported that all of the improvements were undone.

Companies such as Apple, Twitter, and Facebook have all given their employees adjustable standing desks. Facebook reported back in 2011 that its employees who have chosen to use standing desks share more ideas with each other and work stronger as a team. Standing desks are reported to have health benefits too.

Twitter provided standing desks in their workplace in order to encourage employees to be more active at work, and Apple has done the same to help prevent health problems. Back in 2015, Apple CEO Tim Cook said during an interview that “a lot of doctors think sitting is the new cancer”. He also said that once employees figure out how to rotate between sitting and standing, their work experience in the office will be healthier.

According to JustStand.org, an organisation committed to encouraging healthier lifestyles, standing more can help to lower the risk of health issues such as cancer, can lower your stress levels, improve your mood, and can help boost your metabolism. Standing up more can also help to stimulate blood circulation, which means that more oxygen and nutrients can be sent to your brain.

One issue that many adults will face during their lifetime is back pain. Office workers who are sat down at their desks all day often complain about back pain and issues. However, different studies over the years have shown that office workers who change from a traditional desk to a standing desk experience a significant reduction in back pain.

Evidence that standing up is good can be traced back to a study conducted in the 1950s. The study compared bus conductors (who stand up for their job) with bus drivers. It found that the conductors had around half the risk of developing heart disease than the drivers did.

Standing for too long in the same position can be just as bad as sitting. It could lead to back pain or spinal issues and can be straining and thus counterproductive. Therefore, it is recommended to take breaks and rest. A good thing about standing desks is that there is still an option to sit.

As mentioned earlier, some models can have their heights adjusted easily, therefore giving the user a choice on whether they would like to sit or stand. Switching between standing-desk mode and sitting-desk mode (so to speak) is a great way to make sure to avoid developing back pain or other issues. A 15-minute break every so often can also help enhance productivity by ensuring that you don’t exhaust yourself by standing for a lengthy amount of time.