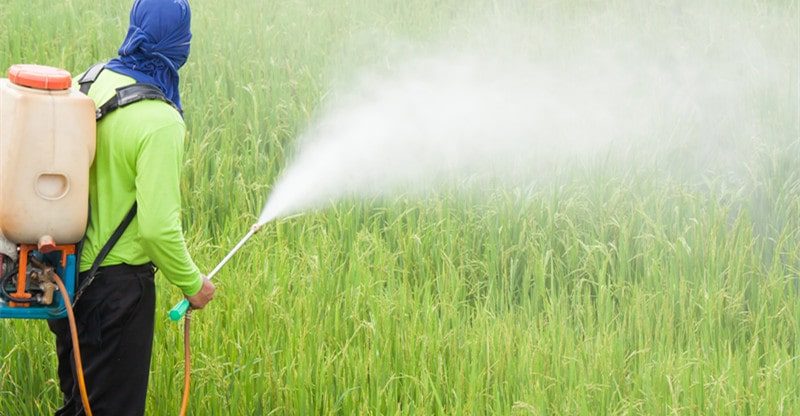 Documents gathered in a recent lawsuit against Syngenta raised questions about the company’s efforts to use flawed scientific research. The copies of letters, minutes of meetings, study summaries, and emails also indicated an internal conspiracy to keep a high-profile product containing paraquat on the market.

Paraquat is one of the most universally used weed killers. It is the active additive in Gramoxone, manufactured by Syngenta, and a slew of alternative brands, such as Devour, Helmquat 3SL, or Quik-Quat, manufactured by different companies Chevron and Growmark.

Since 2016, in the U.S., the pesticide has been used only by certified applicators before growing various fruit, vegetable, and plantation crops, including grains, soy, and cotton. When handled as directed on the label, paraquat’s relative safety has been upheld by most regulators. However, litigation continues to raise questions about the manufacturers’ responsibility for personal injuries.

Syngenta is a company headquartered in Switzerland and China-owned that inherited its pesticides business from Britain’s Imperial Chemical Industries (ICI,) which first put Gramoxone on the market in 1962.

Syngenta, Chevron, and many others that manufactured and distributed paraquat herbicide products face lawsuits alleging that weed killer exposure caused many individuals to develop Parkinson’s disease. The plaintiffs declared that they regularly utilized the defendants’ products containing paraquat.

Parkinson’s is an untreatable, progressive neurodegenerative disorder. People with Parkinson’s cannot typically control their movements or balance and suffer from tremors. The disease can result in people being bedridden and becoming wheelchair users if the disease progresses far enough without treatment.

The association between paraquat exposure and Parkinson’s is well-established, according to a comprehensive review of U.S. producers that various state departments across the country jointly oversaw.

According to one of the departments, the Agricultural Health Study (AHS), exposure to paraquat came with a twofold rise in the risk of developing Parkinson’s compared to individuals who didn’t apply the chemical.

The litigants in recent lawsuits claim that:

• It was reasonable for Syngenta and other companies to foresee their paraquat products would enter the human body via absorption and create a substantial risk of harm when employed in the manner designed.

• Syngenta and others failed to give warnings accompanying paraquat products’ directions.

• The companies failed to create and formulate paraquat products that are unlikely to be inhaled or absorbed into the human body.

• Syngenta and other companies failed to conduct proper testing on paraquat exposure.

The private records presented in litigation as part of discovery underscore the extent to which the agrochemical giant went to keep a dangerous product on the market.

Those 1960s unsealed discovery documents from Syngenta and its predecessor deal with corporate discussions about keeping paraquat herbicides on the market, despite their deadliness, through actions intended to reduce accidental poisonings.

Jon Heylings, a British scientist who worked at Syngenta, first discovered in the 1990s that the company sold a product much less safe than it could be and informed his superiors of the findings.

Specifically, all Syngenta paraquat-containing products are highly toxic and thus, include a vomit-inducing agent – PP796 – protecting people who swallow it from fatal doses that can be absorbed into the bloodstream.

But the whistleblower argues the papers show that the amount of PP796 is far too little to protect most people. This is because the vomitive’s concentration is based on a single internal report from 1976, in which a now-dead ICI toxicologist manipulated data from a small-scale clinical.

Heylings appreciated the toxicologists’ recommended concentration was well below an effective vomitive dose in man. However, to this day, Syngenta still manufactures Gramoxone with the same concentration of PP796 it has had since the 70s.

This PP796 vomitive issue is now part of litigation because it demonstrates the lengths to which Syngenta will go to keep paraquat on the market. Paraquat could have been banned in the 1970s or the 90s.

The documents from the lawsuit against Syngenta raise concerns about how scientific research determines what products are safe. It also casts doubt on whether companies will use flawed science to keep their product on the market and how this affects consumers. If you want to learn more, you can contact a lawyer who specializes in paraquat claims.

Miguel Leyva is an advocate for agricultural workers who have been injured by paraquat, working to help them and their families. Mr. Leyva coordinates the case management activities at Atraxia Law, where he gathers and organizes victims’ relevant information about paraquat exposure and Parkinson’s disease.