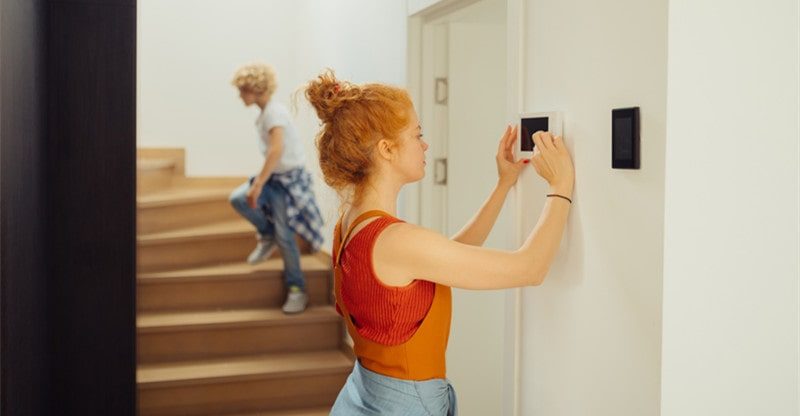 As technology advances, so does the world around it. For years, we have witnessed technology revolutionize how we communicate, travel, work and get medical help.

Until recently, the entrance of technology into our living spaces was limited to traditional tasks such as cleaning, entertainment, and cooking. Even as other fields witnessed out-of-the-box technological applications, the housing scene was stuck on enhancing gadgets that performed these traditional tasks.

However, this narrative is taking a drastic turn. Tech giants are beginning to show unprecedented interest in personal living spaces. The housing scene is witnessing the coming to life of ideas initially restricted to pen and paper. The Internet of Things has opened up possibilities that would pass as wizardry to anyone stuck in the 20th century.

In this guide, we take a look at some of the technologies we can incorporate into apartment living in 2022 and beyond.

The ability to remotely turn on and off the lights in our apartments is a game-changer. It is the convenience of being able to control the lighting of multiple rooms from one place that makes this must-have technology in any smart home. One can go a step further by using a smart lighting system as a burglar repellent system by simulating occupancy during the night.

On the other hand, smart locks and doors offer enhanced security with these gadgets acting as surveillance, burglar deterrence and fire protection systems.

Another amazing piece of technology found in smart houses and furnished apartments is the temperature control system. This system can be configured to self-regulate depending on the temperature of the room.

Alternatively, you can adjust your heating remotely. A good example is the Nest Learning Thermostat that has the ability to create heating and cooling schedules based on the movements of the occupants.

Speaking of integrated services, applications such as Alexa and Google Assistant have taken the roles of running our homes. With a few commands and the right gadgets, these applications can clean, cook, lock doors and turn lights on and off .

Smart amenities alone do not qualify a house to be termed as a smart one. Without a network that incorporates human commands into machine actions, these amenities remain just that; technological gadgets with no defined roles.

Earlier, we mentioned the use of voice assistants in running daily house tasks. Google Assistant and Alexa are the two most popular intermediary devices found in smart homes. They can be programmed to perform tasks at particular times of the day without necessarily having a human present.

Additionally, gadgets such as the Echo Dot provide a more dedicated service. It functions with Alexa but also can make and take calls.

We cannot mention Alexa and Google Assistant without mentioning the Internet of Things network. An IoT network links up voice assistants to the control unit and consequently to the smart amenities. It also incorporates smart sensors, and smart access control, all of which form the building’s security system.

Smart devices can play a huge role in shoring up efficiency in the management of the property. By automating mundane tasks, property managers have more time to adequately address matters of personal concern from their tenants.

Ultimately, as much as smart management is redefining the property market, it will not replace the need for real managers. Its main function is to improve service delivery.

What’s Next For Technology in Apartment Living?

Despite the late entry of technology into the housing scene, the growth has been meteoric. The uptake and integration of smart devices into homes and apartments has been one to envy. Through the use of smart amenities, one can switch the lights off and on, regulate the temperature of the house, grant or deny access control, and control surveillance gadgets.

For apartments, smart community management provides much-needed but largely overlooked services to tenants. Property managers have their work simplified by gadgets that have taken up performing mundane tasks.