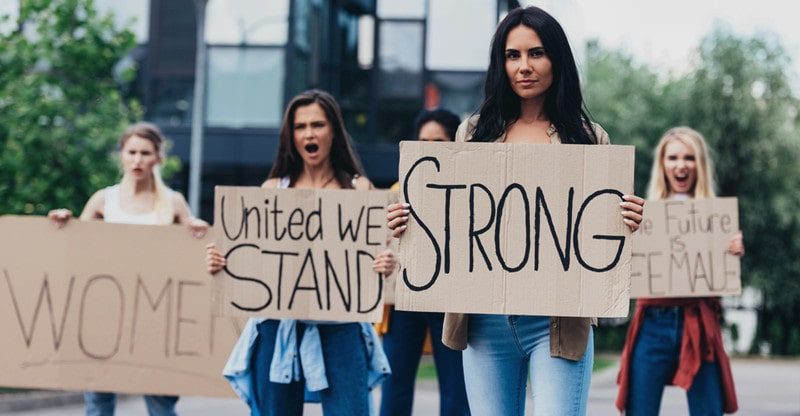 Imagine a harsh and tough world where females are fighting for basic human rights, where the economic situation is shaky, and technological advancements are the talk of the day. This sounds like the world of today.

However, it also describes the United States in the late 1890s. It was in this unfair world where Kate Chopin’s short stories took place. Kate’s short story reflects many issues of that age.

Over a century and a half later, her story still remains beloved amongst readers and continues to shed light on the struggles of females living without autonomy. Let’s go through a brief summary of the short story and then we will look at a few famous quotes from it as well.

The story begins when Mrs. Louise Mallard’s sister Josephine and a friend of her husband informs her that Brently Mallard, her husband, has been killed in an accident. Upon hearing the heartbreaking news, Louise, stricken with grief and with no cruel intention, shuts herself in her room and cries and weeps.

After this, the tone of the tale changes. As she processes the news, Louise realizes something that is terrible and wonderful at the same time – for the first time in her existence, she is unimpeded. Even though she is scared to admit it at first, she finds peace as well as joy when thinking about her freedom.

Even though she is sad about losing her husband she is excited as she suddenly recognized that now she can live for herself. “Freedom” is the word she uses In the Story of an Hour, as she comes to terms with her life after her husband’s death.

Louise suffers from a condition, and her sister Josephine worries about her health and coaxes her out of her room. With a quick prayer for relief from her heart disease and heart trouble, Louise comes downstairs in a feverish triumph of her freedom. The front door opens and she sees that her husband is well and alive and isn’t dead.

Even though her husband’s friend, Richards, tries to keep her husband from her view with the kind intention that she doesn’t go into shock. Unfortunately, her poor health and physique can’t bear the shock and Louise dies. Doctors term her death as an unsolved mystery but we know why she died.

In this quote, the feelings of the protagonist, Louise Mallard, are described as she realizes that the death of her husband isn’t only a sad and tragic incident. But rather, it is a way to her freedom. She is untethered from the binding marital ties.

As she processes her grief, she realizes that marriage had limited her freedom and independence. Similar to many of Chopin’s protagonists, the problem of female autonomy is at the forefront of this story as well. The blind persistence of injustice is rampant in Kate Chopin’s short stories.

Living under a patriarchal society had stifled her and after the death of her husband, Louise was feeling exultation and freedom. The idea here is that both her soul and body belonged to someone else and now is untethered again, is at the forefront. The strongest impulse she feels in that moment is love for herself and freedom.

When the doctors came they said she had died of heart disease–of the joy that kills.

This is the last sentence of the tale. It points towards the ironic nature of Louise’s death. It was not grief that caused her death. Rather, it was the shock of seeing her liberation and freedom go out the window in front of her eyes at the sudden appearance of her husband. Kate’s characters are full of life and love. In the end, the moral and intention made itself clear – freedom of the female gender.

The doctors’ assessed that it was the joy of seeing her husband alive that killed her. However, we, the readers know better. When she thought she was untethered, she felt healthy. She dies from the shock of realizing that she is not untethered anymore and will have to live a life that is not hers again.

In Kate Chopin’s short stories, we see the recurring theme of the battle between repression and freedom. When a person’s feelings, thoughts, and desires are subdued, repression takes place.

In her short stories, we learn that repression can be both internal and external. In the 19th century, females were victims of repression and nobody treated them with love, affection, and great care. Society in the 19th century, and even today, expected females to be gentle, demure, and passive which went against the desires of women.

When her husband dies, the only thing Louise feels is freedom. Where freedom is just part of what it means to a man, what is freedom for a woman is entirely different. It’s not the joy of seeing her husband that causes her to die, but it is the thought of losing her freedom once more that causes her death.

Marriage in the 1890s as a means of social control. It helped keep the females in check and helped secure the men’s social and political power. On one hand, the husbands were untethered to travel around the world, wives were expected to stay home and take care of domestic needs. A “good” woman was the one who stayed home and didn’t meddle in her husband’s affairs.