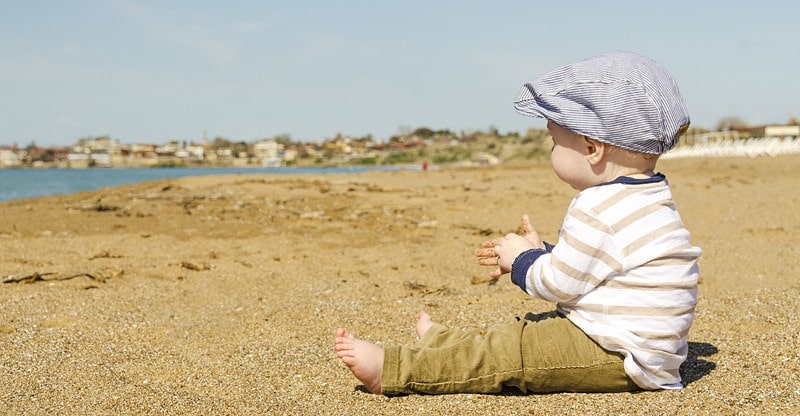 Parents who are rearing toddlers may often find themselves exhausted, either from trying to keep up with the energy of their tots or making sure that all their needs are met. Hence, there are instances wherein parents fail to notice that their toddlers are already capable of numerous things that may be surprising, or somehow expected.

In this article, we’ve gathered some of the things that toddlers can already do that most parents don’t know about.

There is a phase wherein toddlers only know how to say no. There are instances wherein parents get so used to this phase that it catches them in a surprise when suddenly their toddlers say yes. Toddlers can definitely say yes to the things that are agreeable to them even at this early age, provided that they are not throwing any tantrums.

2. Climb out on their Crib

Parents feel secure, thinking that their toddlers are safely on their childproof cribs. What most parents don’t know, however, is that their tots are already fully capable of climbing out of their cribs.

For this reason, it is best to install a CCTV camera in your toddler’s room, and perhaps rethink on how to childproof your home or consider a new area where your child can freely play around, without you having to worry. Think about inflatable ball pools or bigger playpens for your peace of mind.

It is inevitable for toddlers to create quite a mess when they attempt to hold a spoon and eat on their own. This is because the toddler stage is the phase when your kids are still in the process of developing their motor skills. Oftentimes, in order to account for less mess in the table, parents resort to spoon-feeding.

However, most parents fail to recognize the fact that for toddlers, holding a spoon to be able to feed themselves is a good practice to develop their motor skills. Keep in mind that instead of spoon-feeding, it is best to encourage baby-led weaning because aside from practicing their grip, they also become more independent.

It can really be tiring to raise a toddler because of the constant mess that you need to clean up. Hence, most parents opt for their tots to drink from sippy cups or even from straws. Hence, they are unaware that their toddlers already know how to drink on a regular cup, even without a straw.

Sometimes, it is better to clean up the mess that these tots make in order to pave the way for them to learn essential lifelong skills.

5. Hold a Pen and Doodle

Since toddlers generally reach a certain milestone in terms of their motor skills, parents often do not know that their toddlers can now doodle. Most toddlers have the ability to grip a pen or pencil and hold it upright, just enough for them to make lines and curves on a piece of paper. Try giving your toddler even a magnetic or electronic doodle pad and be amazed at their skills in doodling.

Yes, you read it right. Toddlers are very much capable of riding a bike such as trikes, stride bikes or pedal bikes. Stride bikes aid them with their balance and surprisingly, they are fast learners and relatively good at it. On the other hand, the best pedal bike for 2 year old is one with the appropriate size that allows for a proper leg extension.

This will permit your little one to stop the bike with their feet flat on the ground as needed. Some say that children learn to properly ride a bike faster by trying out a balance bike first, rather than a bike with training wheels.

Toddlers can swim even without a proper swimming class. They can float on the water even with minimal assistance, as long as they are not afraid of the water. This is perhaps because they have somehow retained this ability when they were still in the womb. It is still necessary to pay a hundred percent attention to your child when they are swimming to avoid any unfortunate scenario from happening.

There are toddlers who are already potty trained and astonishingly, this ability is not forced into them. Rather, they just find it uncomfortable wearing diapers and would rather wear regular underpants.

Most parents struggle to teach toddlers how to use the toilet as early as two years old. What they do not know is that tots need not be forced into potty training because often, these kids volunteer to ditch the diapers as soon as they are ready.

But when you try to point to a red color and ask your toddler about whether it is red, you may be surprised to get a nod or a shake in response. In the same manner, observe how your toddler deals with a shape sorter and you will be led to the conclusion that your tot already knows how to identify shapes.

When you listen to the same song over and over again with your child, he or she will be able to effortlessly pick up the tune of that song. It may sometimes sound unclear, but observe them when they babble because sometimes, they try to babble with a tune, and that is the tune of the song you are frequently listening to.

You may think that they are merely shouting, but that is actually singing. The next time you hear your toddler babble with a certain tune, try singing their favorite song with them and join the fun.

When you read to your toddler every night before their bedtime, you might think that they just want to listen to your voice. After all, they are still babies in your eyes. However, it may be astounding for you to hear your toddler exclaiming the name of the storybook character when you see the protagonist elsewhere.

This is because, at this stage, their cognitive function is rapidly developing, making them recognize the characters of storybooks that are often read to them.

For sure, your toddlers identify you and your spouse as their parents and this is common. However, you may be surprised that they also have the ability to recognize people that are not living in your household, but they have already met, such as their grandparents, aunts. and uncles.

You might think that they may shy away once they see their extended family once again, but this is not usually the case because toddlers already have the ability to identify people.

Parents strive to keep their toddlers entertained and in this modern-day and age, they are always handed over with gadgets and devices to circumvent boredom. Nevertheless, parents fail to consider that toddlers have the ability to entertain themselves, even with the most common household items such as a plate and a spoon.

Often, they prefer the common things that they find in your home over their own toys. The next time you feel that your tot is almost bored, steer clear from handing over the gadget just yet and observe how they will entertain themselves.

More often than not, parents tend to do everything for their toddlers, from feeding them to getting them dressed. Try talking to your toddlers and give them specific instructions such as where to get their shoes or their socks, as well as the right foot to put it on.

You may be surprised that with your instructions, they may be able to get it right. For sure, they might struggle a bit, but this newfound independence will boost their confidence.

Toddlers are very much capable of sticking to a routine. They may even take your hand and lead you to the bedroom when it is already their bedtime. In addition to this, they may point to the kitchen of the dining table when they know that it is already eating time. This is of course when they are not triggered to show a tantrum, and as long as this is the routine that they are used to.

Start them young and don’t pick up after them. Instead, ask your toddlers to pack away their toys when they are done playing, and they will gladly oblige. You may even be surprised that they know where each of their toys goes. Again, this is as long as they are in a good mood.

Most parents do everything for their kids, especially for their babies and toddlers. Perhaps now is the time to be a lazy parent and ask your toddlers to help out with household chores such as wiping dust or putting laundry in the washer.

Of course, it is necessary that they are supervised at all times, but most parents fail to recognize that toddlers can already help out and this instills a certain sense of responsibility in them even at their early age.

You may be wondering what caused your toddler to throw a tantrum in the department store. Perhaps it was because you tried to fit new clothes outside of the fitting room. There are toddlers who already show signs of embarrassment at this early stage.

They may not even want to change their diapers when there are other people around them. In addition to this, they may opt to turn away when you ask them to say hi to a person they just met.

Some people consider toddlers as very manipulative little human beings and they may have a good reason to do so. This is because your tots know how to act and pretend in order to try and get what they want.

For instance, they can pretend to cry for you to kiss their booboo or to tell on their siblings who they fought with. They can also act as if they are sleeping only to spend more cuddle times with you. Thus, be warned of their cuteness, and how they can use this against you.

Finally, parents often fail to recognize that their toddlers know how to empathize. More often than not, when you are feeling sad, your tot will simply sit on your lap or give you a tight hug or thousands of kisses. There may even be instances wherein they cry too.

On the contrary, when you are feeling ecstatic and happy, they also radiate the same emotion and scream with glee. This is because they are very much capable of feeling what you are feeling and empathize with you, especially because you have a special bond with them.

Being able to eat on their own or use the toilet are just some of the life skills that most toddlers are already capable of doing. Most parents fail to recognize this because they are more focused on being the nurturer, helping their kids manage. In the same manner, empathizing and being able to show their personality through signs of shyness around other people are some of the social skills that toddlers are also already capable of.

While it is true that parents focus on the developmental milestones of their children, sometimes, they do fail to notice that their kids have surpassed these milestones because most parents are in denial that their tots are slowly becoming independent.