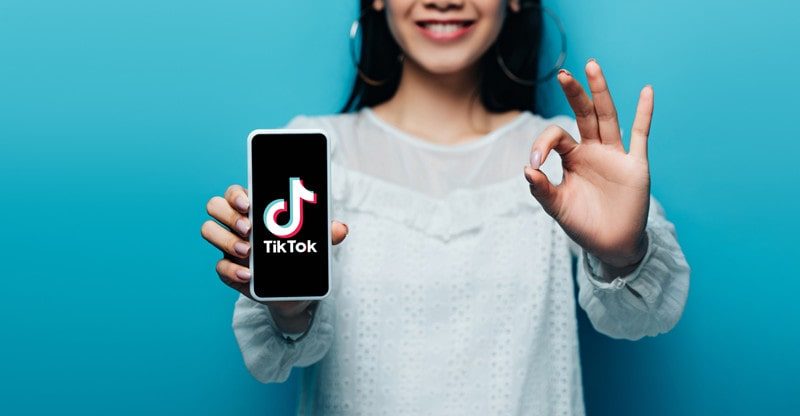 In the past, the most influential people were political figures, who had the reigns of control in their hands, and dictated how others would live. In the 21st century, though, we know very well that power and impact could come from social media just as well; TikTok is an excellent example of such a platform.

Do you also believe that this app caters to gen Z youngsters (and some think that it ruins their personal growth in that) the most? This tendency has also changed lately, and it’s evident that more adults join TikTok than ever before (the app users’ count has already exceeded the 1.5 billion benchmark!); has the hype sucked you in just as well?

Though we’re only halfway through 2021, it’s safe to say that by now, TikTok is no longer just a video-centered app (in case you were worried; it’s not going to get its lights out anytime soon).

In the few years it’s been around, TikTok’s popularity has grown immensely. Those who are brave enough to break any age boundaries have already set foot in this enticing app and enjoy every advertising perk it offers (and believe us, TikTok has a lot of handful cards up its sleeves!). Today we’ll delve into TikTok’s influencer marketing scene.

What Do We Mean When We Say ‘Influencer’?

Influencers are TikTok profiles that sport great numbers of TikTok followers and likes. Since the impact on social media has only grown throughout the years (and especially TikTok’s), brands and businesses learned their lesson; the sooner they’d get in touch with a stellar social media influencer, the better.

You’ll be surprised at just how much influencers could teach you about creating high-quality and valuable content that’s always spot on, regardless of how big or small your business is.

The Upshot Of Collaborating With Influencers

Any brand or business seeks growth and wants to spread the word about themselves among new audiences, and this is where influencers become the game changers you’ve been looking for, your express train to prosperity, in other words. By partnering up with influencers for TikTok services, you get to increase your brand awareness, ROI, and conversions faster than with other marketing strategies.

Of course, nothing comes for free, and the influencer’s share from this collaboration depends on their TikTok page’s popularity. Besides money, sometimes the pay might as well be free products.

A Word Of Warning

Like judging a book by its cover, on TikTok, our first impressions derive from the different engagement metrics some page or other displays. That being said, we cannot safely say that all these like numbers we see are necessarily legit and authentic.

When you’re looking for an influencer to partner with, it’s recommended to pay close attention to whether the likes and follows at their hand came from hard work and weren’t purchased just for the heck of it.

Since TikTok still updates are constantly being added, and editions are made, its influencers’ scene hasn’t fully developed just yet. Therefore, some prefer YouTube or Instagram, claiming that these are better platforms for making money.

How Do Videos Become Viral?

YouTube, for instance, works as a search engine. Thus, if a video didn’t ‘boom’ during the first day since it’s been uploaded doesn’t mean it won’t be a late bloomer and gain the attention it deserves at a later stage.

On Instagram, on the other hand, the first 24 hours following a post’s publication are crucial in determining how viral it will be. As for TikTok, the way the app works is a little bit of both; if you don’t manage to hit many views on the first day, no need to cry over this because the video might be discovered in the future.

The Fun Part: Become An Influencer Yourself

Frankly, there isn’t a rule of thumb to follow that will surely make you an influencer at the end of the line. However, the TikTok game functions solely on content; you’d better upload as many videos as you can and make use of the different trends the app offers, thus taking your chances whenever possible until you’ll fulfill your goal eventually. This stratagem is the best shot at becoming someone to look up to on TikTok.

If you’re new to the app, it’s highly recommended not to try and monetize your account just yet, because your audience will understand that you’re only there for the money. This throws us back to clarifying again and again just how important it is to make sure your posts are always innovative and unique in the type of content they feature; because this is what truly wins your audience’s hearts (and likes) eventually!

We wish you good luck on your way to TikTok-fame.

Yuval Zilberfarb is a content writer at SEOMADEZ LLC, whose forte is the digital marketing field. The company’s sites boost social growth with instant followers and likes. Whenever he doesn’t write, you’ll probably find Yuval listening to a favorite album, such as ‘Life After’ by Palace.