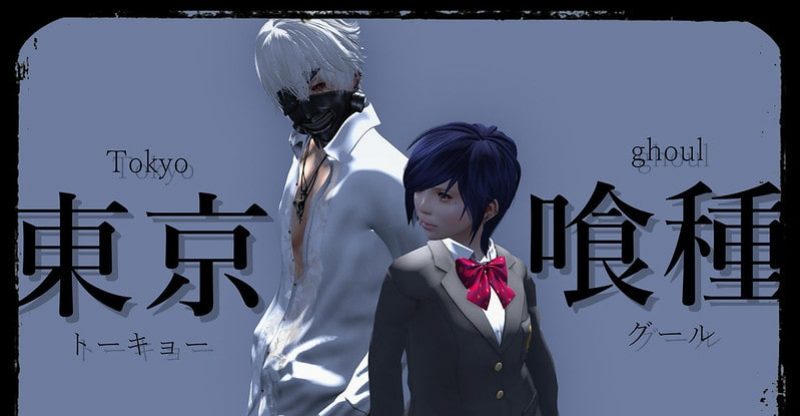 Tokyo Ghoul is one of the best and scariest horror-fantasy anime series by far. The characters are dark and mysterious and incredibly wise at the same time. It seems like every conversation and character has so many levels, and this makes for an incredible viewing experience. As a result, there is a great number of memorable Tokyo Ghoul quotes that will make you think more deeply about life.

However, one could argue that there are too many great quotes to choose from. So we’ve made a list of the most memorable Tokyo Ghoul quotes that you can share with your friends and other fans of the show.

#1. “There’s no way someone who can’t even protect himself can protect anyone else, is there?” — Touka Kirishima

#2. “Books are nice, aren’t they? With just one sentence, you can get lost in all sorts of dreams. The way I think of it, literature allows the reader’s consciousness to deeply relish the author and be closer to him. It’s only when you immerse yourself in the world of a book that you are able to forget just who you are.” — Shuu Tsukiyama

#3. “As long as it’s for the right cause, there’s nothing wrong with playing dirty.” — Kureo Mado

#4. “If an angelic being fell from the sky and tried to live in this world of ours, I think even they would commit many wrongs.” — Juuzou Suzuya

#5. “Whose fault is it that things ended up like this? Coincidence? An accident? Fate? There’s no such thing as fate. It’s simply a combination of one circumstance and the next. And who is it that creates those circumstances? Who is it? It’s you.” — Rize Kamishiro

#9. “It’s always lonely at the top, no matter how many friends you have.” — Enji Koma

#10. “What is right… what is wrong… you can’t easily tell the difference. That’s why you must keep thinking whether what you are doing is right or not. That act itself, alone, can be called right.” — Koutarou Amon

#11. “You don’t need to blame yourself just because you’ve hurt someone, just like when you’re walking, you can’t really blame yourself to crush some ants.” — Shuu Tsukiyama

#12. “Never trust anyone too much; remember the devil was once an angel.” — Ken Kaneki

#13. “It’s better to be hurt than to hurt others. Nice people can be happy with just that.” — Ken Kaneki

#14. “I’m not after your empathy. I empathize with you. It must be terrible. Trapped by your past, unable to live in the present…” — Touka Kirishima

#15. “Every weak person can change into the strongest monster.” — Ken Kaneki

#16. “The saddest people have the most beautiful smiles.” — Ken Kaneki

#17. “The act of taking is equally evil. We, from the moment of birth, continue to take. Food, connections, even fellow blood. Living to utmost. Continuing to slaughter, kill, take. Life is to constantly sin. Life is evil itself. I am aware I am evil… And so are you all. Now, come kill me. And I shall do the same.” — Yoshimura

#18. “People suck. They’re bound by stupid laws, have an idiotic love for groups, and convinced that they’re in the right, they lump together those they hurt and drive them out. But though they’re weak, some of them care about others; they may be fragile, but they show love to the people who are important to them; they may not have claws or fangs, but they will fight to defend someone.” — Touka Kirishima

#19. “The world is full of monsters with friendly faces and angels full of scars.” — Ken Kaneki

#20. “Everything… Everything… For the sake of not losing anything, desperately trying to do something. It’s always because I didn’t know what to do that I blindly try to live.” — Touka Kirishima

#21. “Why is it that beautiful things are entwined more deeply with death than with life?” — Ken Kaneki

#22. “I know I haven’t always made the right decisions up to now… Whether I was right, or whether I was wrong, may not even matter in the first place. However, running up against my sins like this — all of the choices I’ve made up to this point — today, being able to die for someone — is something I’m glad for…” — Irimi Kaya

#24. “Like this, everything is abruptly coming to a stop, huh? The normal days which seemed natural will crumble in an instant. The end… always comes in the blink of an eye.” — Nishio Nishiki

#25. “There really is meaning in laying the dead to rest… it’s a ritual necessary for those that live on…” — Kuki Urie

#26. “Isn’t it arrogant to put a price on whether life is “higher” or “lower,” Kaneki? We are just bags of meat. The weak bow down and the strong devour them. Rather, if you compared them to all living things, it’s humans who have shaved away the most lives. We are different than them.” — Shuu Tsukiyama

Tokyo Ghoul has set a standard for other dark-fantasy animes and is both thrilling and potentially psychologically scarring. The show features a lot of guts and gore, and if you’re not ready for all of it, it will scare you senseless.

Tokyo Ghoul (or its quotes for that matter) aren’t for the faint of heart. So for when you want to freak yourself all over again, you can re-read these memorable Tokyo Ghoul quotes.