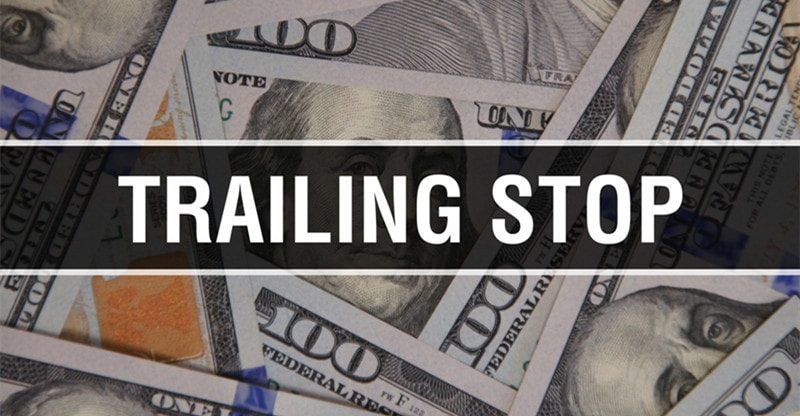 Are you a market trader and want to improve your game? Or are you a beginner and would like to see more profitable ways to trade? If it is either of these two, then you have come to the right place.

Today, many people choose to trade and invest money in companies depending on whether they think it will rise or fall. One of the better methods to earn something by trading is Trailing stop orders.

Today we will explain everything you need to know about them to apply this method successfully, as well as a trailing stop order example. Without further ado, let’s get to the explanations.

What are Trailing Stops?

Trailing stops are a type of order that monitor how the market behaves. In other words, when your position in the market goes profitably, it will continue to move, and the moment it starts to fall and jeopardize your profit, it will lock.

The good thing is that you set everything up, which means nothing automatically happens; it all depends on your knowledge. You set the trailing stop via the deal ticket.

Why Do You Need a Trailing Stop?

It mainly helps to manage the position. When you use a trailing stop, you somehow keep in mind that you are protected from unnecessary steam loss.

Sometimes the currency market is unstable, so it happens that there are sudden jumps and falls. This can lead to a loss of money suddenly, but it can prevent a trailing stop.

How Does a Trailing Stop Work?

Many people don’t know that the trailing stop exists at all, let alone how it works. When we talk about how trailing stop works, there are two ways:

• When You Have a Long Trade

When you use long trade, this only applies when trying to sell an asset that you already own. When the price goes up, and the trailing stop will go with it all the time.

It will stop where the price will start to fall to protect the investor from losing money. It then locks in the profits made as long as it grows.

• When You Have a Short Trade

This applies if you are trying to sell a borrowed asset, and later on, when the price drops, you buy it. It is very similar to when you have a long trade, but the trailing stop is placed above the entry price.

Pros and Cons of a Trailing Stop

• Less stress – when you sit and enjoy your trading and set the trailing stop in the right place, you don’t have as much pressure from losing money.

• Protections – when you use trailing stops, you reduce the likelihood of suspicious actions happening around your account, leading to the destruction of your profits.

• No limitations – trailing stops do not limit your profits, as you stay invested until prices fall.

• Customizable – you can customize the trailing stops loss percentage to whatever you wish and change it when you want to.

• No cost – there are no extra costs for placing a trailing stop order.

• Difficulty – there can be difficulties when trying to sell volatile stocks.

• Lack of thoughtful decisions – it can be challenging to make analytical decisions when trying to sell the stock when the price drops.

• Not always available – in some trades, you are not allowed to use a trailing stop.

1. Moving Average – you need to choose whether it will be a short or long trade, determine the right moving average, and exit when the desirable price closes beyond it.

2. Average true range – this is for volatility-based trailing stops. Depending on whether it is a short or a long trade, adjust x ATR accordingly.

This was all about the trailing stops and how to use them. Remember that trading isn’t some fixed-job that will succeed 100% of the time. It is based on skill and knowledge, so don’t forget to trade smart, and you will get the desired results in no time.