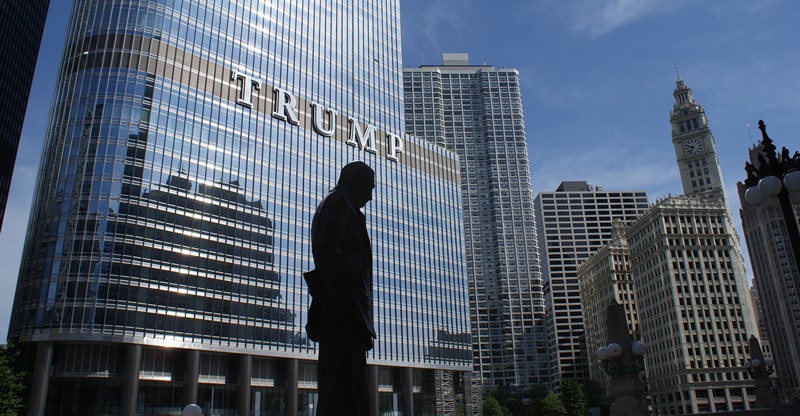 Political events influence our lives in all aspects, from economics to job security, social relations, and even the state of personal health. Presidential elections are inarguably the most potent political experiences, not only because of their national significance but also because the events that follow political campaigns create an artificial atmosphere of disparity among the people.

The media dogfight, support rallies, protest marches, and ultimately Trump’s victory, all these events influenced heavily on the psychological wellbeing of American people. For many college students, Trump administration in the White House turned into a traumatic event, according to a study published by the Journal of American College Health.

When a speech causes trauma

America’s college students’ demographics show an extensive diversity, with the largest group being white males including 24 percent of the overall figure. The study we mentioned above, includes some 800 students from Arizona State with the finals results displaying that 1 out of 4 students shows clinical event-related distress. The most common symptoms among young academics were “avoidance” and “intrusion”.

In clinical terms, avoidance means a person is deliberately trying to stay away from the cause of trauma, while intrusion signifies the inability to block memories of the traumatic event. These symptoms were most commonly reported with specific demographics which includes women, non-Christians, and non-heterosexuals.

In a related study that included 300 students, Assistant Professor of Psychology at Fordham University, Lindsay Till Hoyt found that the subjects showed an increased level of stress on the night of the elections, and two days following the announcement of Trump’s presidency.

However, it’s not unusual for most people to feel anxious and stressed during this period simply because it represents the peak of social and media focus. Simply put, we get excited whenever we wait to see the outcome of any long-announced event. Even science shows that multiple occurrences influence individual psychology.

In her paper, Hoyt mentioned that the main reasons for students’ distress included Trump’s announcement of building a wall along the Mexican border, which caused fear among a vast number of students. Some of them were afraid for the safety of their family, while others were concerned about the future of their friends and partners.

Trump’s call out to “bad hombres” was the main reason for trepidation among the American college students, however, Professor Hoyt also points out to the “Access Hollywood” scandal in which Donald Trump’s stance on women was heavily criticized all over the nation. Shocking remarks regarding the women’s appeal towards famous men was not viewed as a crude generalization of female sexual behavior but as a signal of forthcoming social values in Trump’s America.

Oil to the fire

Questionable immigration policy and careless remarks about the 2005 audio tape incident would probably pass as laughable episodes if the other side didn’t choose to amplify the public fear. Hillary Clinton’s campaign team used every chance to weaponize Trump’s public statements which heated the atmosphere, causing a large number of protests, both prior and after the elections.

Massive political gatherings, be it rallies, protests, or other lead to the expression of mob mentality, as it’s described in “Social Psychology of Political Rallies”. Furthermore, this paper compiles numerous occurrences and studies that confirm the effects that massive gatherings have on a person’s state of mind. Imagine being a part of a group of people talking about free plagiarism tools you haven’t tried yet.

The longer you stay with the group, the chances that you will try free plagiarism checkers grows exponentially. Expressive crowds, such is any political rally, often lead to the conversion of a conventional crowd (a group of people who emotionally disconnected from the event) into active participants.

Social media were flooded with memes depicting Trump’s remarks, which didn’t help in easing the pressure on those who could be affected by walls and sexist behavior. Also, the music and movie stars contributed to the idea that, in case of Trump’s victory, people should leave the country. Surprisingly, most of them didn’t stay true to their words but did cause a lot of talk in those final moments before the elections.

Fear and disparity among people, incepted through media and reckless political debates based on strong emotions and foul play on both sides, affected the college students who are generally unaware of deeper political subjects.

Those who experienced traumatic symptoms were concerned about their future because the messages they received came from places of trust, like social networks and pop stars. The only conclusion is that we need to revise political events coverage so people would receive valid information instead of panic.

Author Bio: Robert Everett is a freelance copywriter, invested in topics such as health, politics, and college lifestyle. Robert publishes his work regularly with a series of respectful online publishers, followed by a wide array of audience.

In his articles, Robert tends to create informative content that brings value to the audience and leaves them with strong impressions.