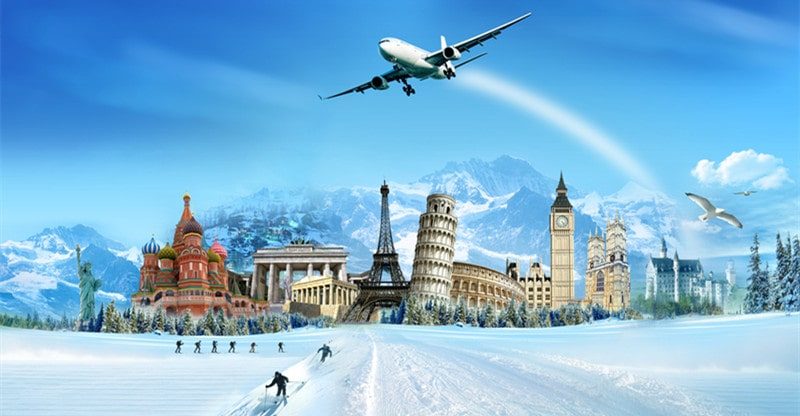 Europe is a popular travel destination for North Americans, and no wonder. Europe may be one of the smallest continents, but it is packed with interesting things to see and do no matter which direction you travel in. You could take a lifetime enjoying all there to experience in Europe, but if you don’t feel you have that kind of time, here is an overview of some of the top destinations.

Not all European cruises sail the ocean or visit islands. Paris, the capital of France, is located well inland, yet it is still possible to see the City of Lights from a river cruise on the Seine. Paris is known as a haven for artists, and thus, there is a vast array of modern and classical art to see. Any time of year is a good time to visit Paris, but try to plan your trip for the spring when the city really comes alive.

Ireland has a rich and fascinating culture worthy of exploration. However, it is difficult to experience the authentic culture of the Emerald Isle in a thriving international city such as Dublin, for example. The traditional influence is stronger in Galway, which also makes a good starting base for a vacation in Ireland. Within a 90-minute drive, you’ll find plenty to see.

Slovenia is a good location for people who would like to avoid crowds while traveling in Europe. Slovenia is located between the countries of Croatia and Italy, sharing significant cultural influences with both.

However, while the other two are popular tourist destinations, Slovenia is typically overlooked. This makes it a breath of fresh air—literally as well as figuratively—for people who want to enjoy the natural beauty of snow-capped peaks and glacier-fed lakes.

Skane is the southernmost county in Sweden, known as the country’s “larder” because of its fertile countryside. It often gets overlooked because of its proximity to other popular tourist attractions, such as Copenhagen and Malmo.

Nevertheless, with its picturesque clapboard towns, Skane gives a similar impression to the coastal communities of the Northeastern United States, such as Nantucket. It also offers canals and lakes, coffee joints and wineries. In short, there’s something for everyone.

Salento is a laid-back destination for those who would like to get away from their usual hectic lives. As in the rest of Italy, the food in Salento is good and plentiful.

In this case, it is less showy and more homey. Salento may be a good alternative to a Caribbean vacation as the west coast is comparable. It may be the best of Italy in rough-cut form. Those in the know sometimes say that Salento is to Italy what Cornwall is to the United Kingdom.

Croatia was torn apart by war in the mid-1990s. Over the intervening decades, however, Croatia has revitalized itself into a thriving travel destination. With ruined fortresses, exotic gardens, and Renaissance-era stone houses, today Croatia looks like something out of a fairy tale or a high fantasy novel. This may be why it was chosen as a setting for the television series “Game of Thrones.”

Thanks to its prominence in many myths, Crete is one of the most famous and popular islands in Greece. Crete is one of the few Greek islands that has true cities, each with something unique to offer visitors. For example, the city of Chania is gaining a reputation as a significant gastronomic center. In addition to its cities, Crete also offers a wealth of charming villages to explore.

The Azores are islands located off the coast of Portugal. Called the Hawaii of the Mid-Atlantic, the Azores offer dramatic and dynamic volcanic features, such as hot springs and craggy cliffs. However, it is also densely forested and has a lot to offer the tourist interested in sustainability with its many marine reserves.

With a few exceptions, most of these destinations are a bit off the beaten path. These allow you to experience Europe in a way that is unique, and arguably more authentic.