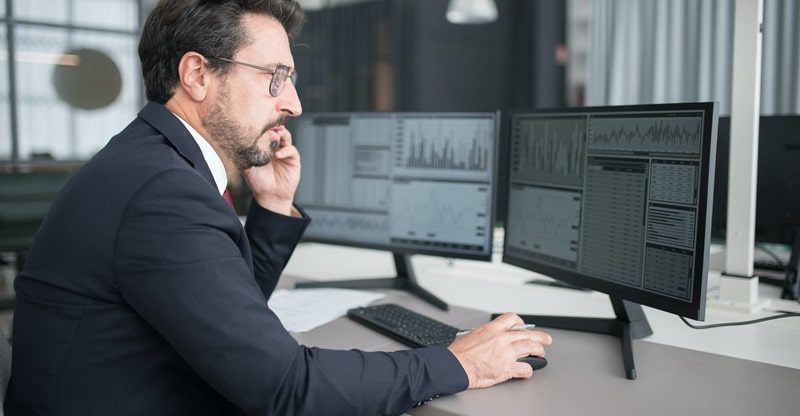 Different types of malware in cyberspace can hurt you financially, including Trojans, ransomware, spyware, keyloggers, and password stealers. A great way to protect yourself is to learn about how they operate and the tricks they employ. TrickBot is one such malware that targets financial data. It is perhaps one of the more prolific, modular, and adaptive banking Trojans on the Internet.

What is a banking Trojan?

Before you learn about TrickBot, you probably want to know what a banking Trojan is. But let’s start with the definition of a Trojan. A Trojan is any malicious software that tricks you into installing it on your system.

A typical example of a Trojan is malicious software that appears to be a legitimate email attachment. You download the attachment believing it’s a valuable file when in reality, it’s designed to perform a malicious task. Meanwhile, a banking Trojan is any Trojan that focuses on your financial accounts, such as your banking, credit card, or ecommerce data.

What can TrickBot do?

TrickBot, also known as TrickLoader, can hurt people and organizations alike. It steals some of the following data:

What makes TrickBot so dangerous is its ability to do more than pilfer financial data. The malware can set up command-and-control (C&C) servers like its predecessor, Dyreza. It can exploit SMB vulnerabilities. It can also seriously downgrade Windows Defender’s real-time monitoring capabilities when modified with a module.

Trickbot can also drop other malware like ransomware, which encrypts data and holds it hostage. In late 2020, American hospitals and healthcare systems were taken down by Ryuk ransomware. Researchers found TrickBot at the heart of the attack.

The developers of TrickBot update it regularly. While one module gave it worm-like capabilities, another allowed it to steal cookies, browsing histories, and more from Outlook.

More recently, TrickBot developers improved its webinject capabilities against big mobile carriers like Spring, T-Mobile, and Verizon. It’s no wonder that TrickBot has overtaken Emotet as the top threat against businesses, topping the malware index.

How does TrickBot propagate?

Spear-phishing emails: This is a more targeted form of phishing that uses social engineering to appear more persuasive to targets. The Cybersecurity and Infrastructure Security Agency (CISA) and Federal Bureau of Investigation (FBI) warn that TrickBot uses phishing to infiltrate organizations through malicious links and Excel attachments with a malicious macro.

How do I stop TrickBot?

You must follow the basics of cybersecurity to shield your data from TrickBots. Download the latest security patch for your operating system, use leading anti-malware technology that detects and blocks TrickBot in real-time, protect your network with a firewall, and avoid malicious emails, links, and websites. In addition, use software like Farbar Recovery Scan Tool (FRST) to find signs of a TrickBot infection.