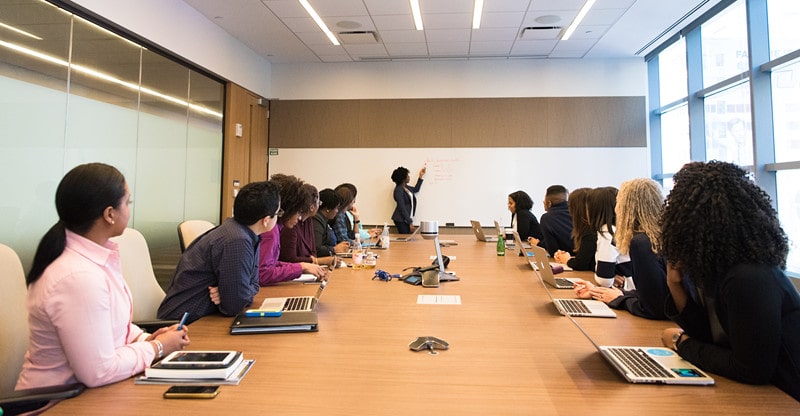 It’s not always buddy-buddy when it comes to office relationships. Unfair treatment and discrimination are much more common than you might be aware of. It could be happening right in front of you, or to you, but you attribute it to something else.

Unfair treatment is more than just having a boss who might irritate you every now and then or a colleague who can sometimes make you the butt of a joke. Many of us have experienced such situations or similar ones at one point or another. Before you claim unfair treatment at work, you have to define what it is first.

Unfairness at work can mean several things. For example:

Much of the problem stems from employers and employees not being aware of just how many rules and regulations are governed by the employment law. The year 2019 had major shifts in some states, like New York, such as increases in the minimum wage. If that’s something you’d like to learn more about, a New York workers’ compensation lawyer can explain the details of employment law to you.

These laws are complex and diverse, but they are put in place to regulate the employee/employer relationship, and for employees to receive compensation if entitled.

Unfair treatment is usually accompanied by discrimination. This could be about gender, ethnic origin, sexual orientation, or pregnancy. For example, if a promotion is taken from you after you mention that you’re pregnant, and you’re not given a fair explanation, this could account for discrimination. This is what it feels like to work in a toxic environment.

People leave jobs for a variety of reasons, but unfair treatment is one of the leading reasons. In fact, in one survey, 37% said that unfair treatment led them to want to leave their jobs in an IT company. For them, unfairness contributed to their decision to leave more than being recruited by another company; 38% compared to 22%.

What makes it difficult is that many employers don’t do anything about it, or even worse, are oblivious to what is happening in their company—or worst of all, ignore it. In all cases, the unfair treatment leaves employees feeling humiliated and degraded, offended and intimidated.

If employers knew how much this is costing their business in terms of turnover, efficiency, and production, but more importantly, in how their company is gaining a reputation of being unfair and discriminatory, perhaps they would take more action to stop it.

If you feel you’re a victim of unfair treatment, it is your right to defend yourself. Sure, you can leave the job silently, but how would you feel if you did that? How would you feel about yourself that you didn’t take any measures, and your voice wasn’t heard? Not too good, most likely.

Every year, hundreds of employees endure unreasonably harsh working conditions, substandard pay, and ongoing abuse by their supervisors. It’s imperative that employees understand that they can take employers to court if they must because certain behaviors are totally unacceptable and no one has to put up with it. So, here is some advice on how to handle the situation.

You first have to know what the company policies are. You need to know if the behavior in question is against the policy. A company needs to have written documentation of their policies, and if they don’t, you’re already in a winning situation, because it means the employer might be breaking the law.

You might have to take the issue beyond the office walls and into a court of law to get compensation. Your lawyer can work in your best interest when you record a list of actions that account for unfair treatment.

Depending on what type of mistreatment you’re facing, you need to collect evidence for it, and write out a statement to be sent to your boss or HR manager. Maybe you’ve been constantly ignored for a due raise or a request for a vacation.

You should be able to define the exact issue and make a clearly written statement. It’s also very important you don’t accept any form of oral answer. The answer has to be a written document, the same way you documented your statement.

It makes a difference if the unfair treatment is coming from a single employee or if it is something in the culture. With an individual employee, you can express your disappointment and dismay with a face-to-face meeting.

By the time the above happens, it would be no surprise that the relationship between you and those you are facing up to is strained. Dialogue should always be the first path to take, but that’s easier said than done. You need advice from an impartial participant; someone who can judge the situation without bias.

Through a mediation session, you might be able to attain the results you desire, using impartial opinions and advice. Both parties might manage to reach a compromise, and you might find the people involved are willing to collaborate with you.

If you’ve tried everything, you really might need to take it up several notches and seek legal help for compensation.

It’s important to know that unfair treatment isn’t always a violation of the law. An employer who is unfair to all his employees displays poor management rather than law-breaking.

But often, it does also involve breaking the law. In either case, any sort of discrimination mustn’t go unnoticed and needs to be reported to the HR office of the company. At the very least, it could lead to improved management within the company. And if you do have to take it to the legal system, you will find lawyers to explain to you all that you need to know and help you receive compensation.