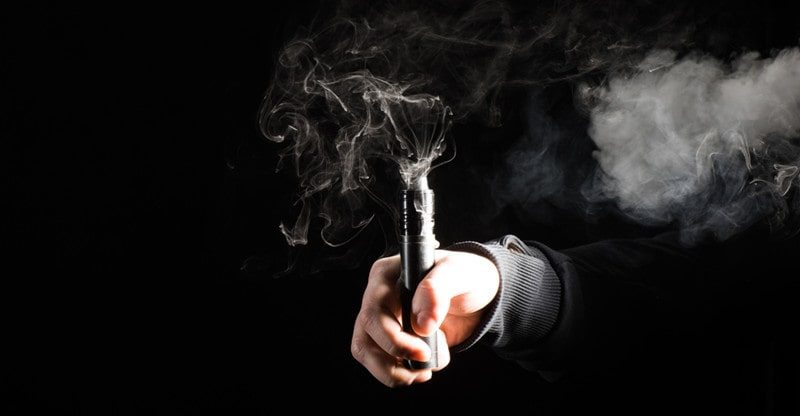 If you’re a smoker who is thinking about switching to vaping – or maybe you’re a recent convert, using an e-cigarette bought at a convenience store but eyeing the fancier products at your local vape shop – you’ve no doubt noticed that there are some huge differences in the way the various vaping devices look.

You can find e-cigarettes that look almost like clones of tobacco cigarettes, and on the other end of the spectrum, you can find vaping devices so big and heavy that it would be almost impossible to carry one of them comfortably in your pocket.

So, why are some vaping devices so much bigger than others? Are the larger vaping devices more powerful than the smaller ones? As you’ve probably already guessed, the answer to that question is “yes” – but that doesn’t mean a full-sized vape mod is the best type of device for everyone.

In fact, the reason why vaping devices are available in so many different sizes is that no two people have exactly the same needs. The variety helps to ensure that, no matter what your priorities are, you’ll end up with a vaping device that you love.

So, where do you fall in the continuum of vaping devices? This overview will help you decide.

What Are the Benefits of Cigalikes?

Cigalikes are the smallest vaping devices on the market, and as you might imagine, they’re called “cigalikes” because they’re designed to look like tobacco cigarettes. Although vape shops generally don’t carry cigalikes, you can find them at most traditional tobacco retailers such as gas stations and supermarkets.

There was a time when almost all of the vaping devices on the market were cigalikes. Vaping was a completely new concept in those days, and the cigarette shape helped smokers become accustomed to the idea of getting their nicotine from an electronic device.

Although cigalikes aren’t the newest or most capable vaping devices on the market, they still serve an important purpose by giving smokers the ability to try vaping without stepping too far out of their comfort zones. Cigalikes are extremely easy to use; just charge the device, screw on a cartridge and vape.

Some cigalikes are disposable, which means you don’t even have to worry about charging the battery. All that you need to do with a disposable e-cigarette is remove the device from the package and start vaping. Cigalikes use convenience to make up for what they lack in the performance department.

What Are the Benefits of Pod Systems?

A pod-based vaping device is one that stores its vape juice in a clear plastic pod rather than an opaque screw-on cartridge. You can find pod systems that use pre-filled single-use pods, and you can also find systems with refillable pods. Traditional tobacco retailers usually carry the former, and you’ll find refillable pod systems at vape shops.

A pre-filled pod system provides many of the same benefits as a cigalike in that using the device requires very little effort on your part – just charge the device and drop in a pod. Unlike cigalikes, pod systems generally use high-potency nicotine salt e-liquid, which means that they can compete with tobacco e-cigarettes in terms of efficiency in nicotine delivery.

However, pre-filled pod systems share the one major drawback of cigalikes in that the pods are only available in tobacco and menthol flavors. If you want to use other flavors, you’ll need to buy a refillable vaping device.

What Are the Benefits of Vape Mods?

The vape mods are the large devices that you can find on the shelves at any vape shop. They’re the largest of all vaping devices and can have up to three internal batteries, although most vape mods use one or two batteries. Although some expert vapers prefer to buy vape mods by themselves, most vape shops sell mods in the form of full kits. A full vape mod kit includes a compatible tank.

In addition to being the biggest vaping devices on the market, vape mods are also some of the flashiest. They tend to come in bright colors and may feature exotic materials like glass, ceramic, wood, carbon fiber and leather.

Instead of having a pod that holds a few drops of e-liquid, you’ll have a glass tank that holds several milliliters of juice. Inside the tank, you’ll find a massive atomizer coil capable of producing enormous vapor clouds.

With all of those benefits, why doesn’t everyone use a vape mod? There are two reasons why vape mods aren’t ideal for all types of vapers. The first reason is the size and weight. If you want to use a vaping device that you can carry comfortably in your pocket, a vape mod probably won’t fit the bill. The second reason, though, is even more important: The experience of using a vape mod is completely different from that of using a smaller device like a pod system.

Since vape mods are designed to produce huge clouds, they’re optimized to give you the best possible experience with lower-nicotine e-liquids that produce almost no throat hit. To get those huge clouds, you’ll inhale the vapor directly into your lungs.

Many experienced vapers enjoy the experience of using lower-nicotine e-liquids, but they only reach that point after they’ve quit smoking completely. When you’re still in the process of quitting, you’ll have a better experience with a smaller device and a higher-nicotine e-liquid that gives you a strong and satisfying throat hit.