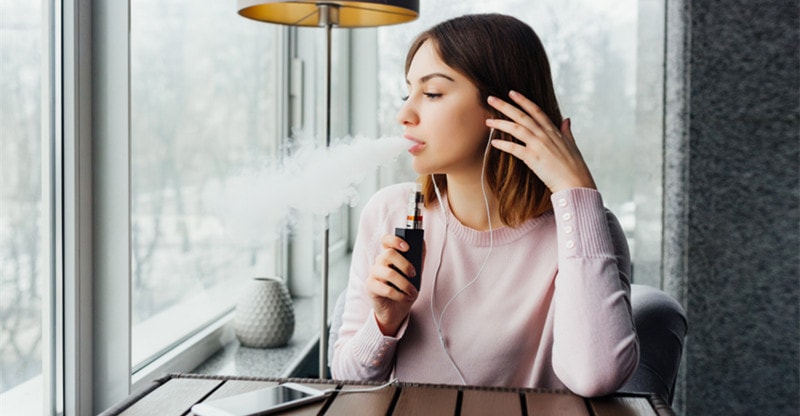 A vape, also known as an e-cigarette, are battery-operated devices that are an alternative to the conventional way of smoking cigarettes. They come in many forms, styles, sizes, and even have their flavors. Rather than smoking directly, the person smoking the vape inhales and exhales the vapor, which is also said to be more convenient with ease of use.

Vaping has become quite a popular vis-à-vis smoking because it claims to be less harmful than cigarette smoking. The vape, in itself, doesn’t contain all the toxic chemicals that are found in tobacco smoke. Here are other reasons why it has become preferred:

Cigarette smoking is dangerous to your health, which is one of the leading causes of lung cancer worldwide. So, one of the main reasons why vaping has become popular is because of the fact that it’s less harmful than smoking cigarettes. For smokers, switching to vaping has become their “healthier” alternative, if they still can’t stop smoking completely.

Regular cigarettes contain over 7,000 chemicals in a single stick, and the majority of these are toxic. Examples of these carcinogenic chemicals include:

With vaping, you aren’t directly inhaling nicotine. Instead, you’re heating a nicotine extract, flavoring, and other chemicals to create water vapor. This water vapor is what you inhale. While e-cigarettes still do contain chemicals, it’s said to be lesser than that of regular cigarettes.

When you walk into a room full of smokers, the room will smell a lot like smoke. Cigarettes do have a foul odor that turns non-smokers away from you since it’s simply not tolerable.

With vaping, the odor that’s emitted is an aroma from the flavors that you choose. It smells a lot better than smoking, per se because they are available in different smelling flavors such as vanilla, chocolate, or peppermint. Also, some e-cigarettes now have CBD or cannabidiol.

Another reason why vaping has boomed in popularity is that the vape itself comes in many forms, styles, and sizes. It hits straight to the personal preference of the person intending to use the vape. Here are some of the many forms of e-cigarettes:

Another significant advantage that you can gain from vaping is that it allows you more control over the nicotine that comes into your system. When you purchase the fluid (also called the e-juice), you have a choice of how much nicotine you want in the e-juice.

There are those with high-strength nicotine, while there are also others that are entirely nicotine-free. For obvious reasons, you might want to choose the nicotine-free option.

You can also consider smaller e-cigarettes that emit lower vapor. However, there are parts in your vape that you can adjust so that you can control the volume of your vapor. These parts include:

Upfront, the cost of purchasing an entire vape kit is more expensive than buying a box of cigarettes. But, in the long run, vaping can turn out to be a more cost-effective option than traditional smoking. Especially so if you’re comparing one who smokes in an e-cigarette with one who is considered a chain smoker with traditional cigarettes.

All these being said, the most critical point for you to remember is that vaping still isn’t a hundred percent completely safe. If you use it, you should also know how to clean and maintain your vape tanks and coils for the good of your health.

Nothing still beats slowly, bidding tobacco goodbye. But, if doing so is quite hard for you to do, vaping is a good starting point. Just remember, always consult the advice of a medical professional before making your health-related changes.