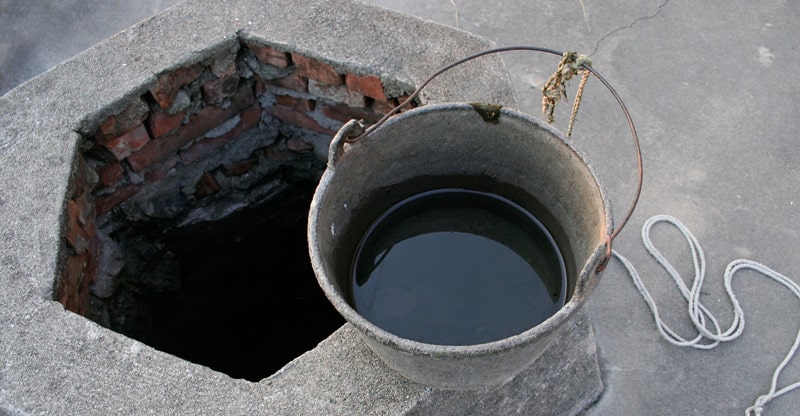 It is estimated that at least 15 million Americans depend on well water for domestic consumption. This is, perhaps, one of the cheapest and easily-accessible sources of water not only in the U.S., but across the globe. The only significant costs that you’ll incur are during the drilling and construction phase. After that, you won’t need to pay any water bills.

But there is a catch! Unlike the tap water that you receive from the local authorities, this is untreated. Yes, even at the depth at which water wells are, the water could have several contaminants that you have to remove. But before you go a step further, it’s recommended that you carry out compressed air testing on your water pipes to detect pipe structural integrity and avoid more water safety issues.

Generally, water can have the following pollutants:

It is always prudent to test your well water occasionally to know the contaminants. If your well is surrounded by human activities such as farming, then the amount of pollutants is likely to increase. Testing your water will then give you an idea of the ideal purification method to use.

Some contaminants increase with time, such as those emanating from human activities around your well, such as pesticide and herbicide use. With all these possible contaminants, can you make well water safe for drinking? Yes, you can make the water safe and the process is as follows:

Draw The Water And Store It In A Water Tank

If you find any deposits in the water, rest the drawing can for sometimes to allow the sediments to settle. If done overnight, even fine sediments will settle at the bottom. If you are preparing water for several people, you may use a large decanter. Decanted water is ready for the next process.

Well, water is often hard– in other words, it contains a lot of mineral ions. Excess amounts of calcium and manganese are common in most areas. As such, people in these regions opt for water softeners to make the water usable. What many people don’t know, however, is that the softening process done using an ion exchanger makes the water even safer for drinking. A typical exchanger will have sodium chloride and a brine backwash.

The same method can be used for heavy metals such as manganese and iron. Once you know which ions you want to remove, you use a product that will easily give away the negative ions to the ions that you want to remove. For example, calcium and magnesium have a higher affinity for chlorides than sodium.

So, a sodium chloride solution will quickly remove water hardness. A solution of potassium permanganate will effectively remove manganese and iron from the water. There are also filters for filtering iron available for anyone interested. They use a similar approach in removing iron, making your work easier. They can also eliminate several types of iron.

Sedimentation and softening helps to remove large particles and hard mineral ions, but that doesn’t make your water safe. Even after these processes, the water will still have some microorganisms which could be dangerous for your health. Chlorination is perhaps the most effective way of removing microorganisms.

Effective chlorination will destroy at least 99% of the germs and bacteria present commonly in most well water. It gets rid of all the microorganisms that cause bad odor. You can get sodium or calcium hypochlorite for home chlorination. Instead of chlorination, you can also use UV irradiation as an option.

It has the same result but with a varying level of efficiency in removing pathogens from the water. For system-level water purification, even the well is chlorinated occasionally. Every time there is flooding near the water well, dirty water can slip into the water. Besides, contaminants from all over can seep deeper into the ground.

Remove The Nitrates And Sulfates

The process goes against the natural osmotic pressure, which means it needs the energy to remove unwanted materials. If the filtration membrane is good, the process can filter water to a high level of efficiency in eliminating VOCs and traces of pesticides.

Sometimes you don’t need an elaborate water filtration process if your water chemical analysis shows that it does not need an elaborate process. Underground water in some parts of the world has few contaminants. Some don’t even have lime and can be mistaken for surface water. However, this ideal situation rarely happens in America.

At any given time, you will need to have a filtration process for all groundwater. Getting a chemical analysis of your well will give you an idea of what you are looking for in your filtration system.

Well, water is a popular source of water. It has some of the naturally occurring minerals that are good for your health. It is also perfect for people who are away from water pipelines, or they don’t want an added utility bill. Most people who are used to tap water don’t think it is possible to clean groundwater to a level that is ready for consumption.

If the process of filtering the water follows the specified guideline above, it can yield some of the healthiest drinking water. For those who understand the process, they have always enjoyed the experience.