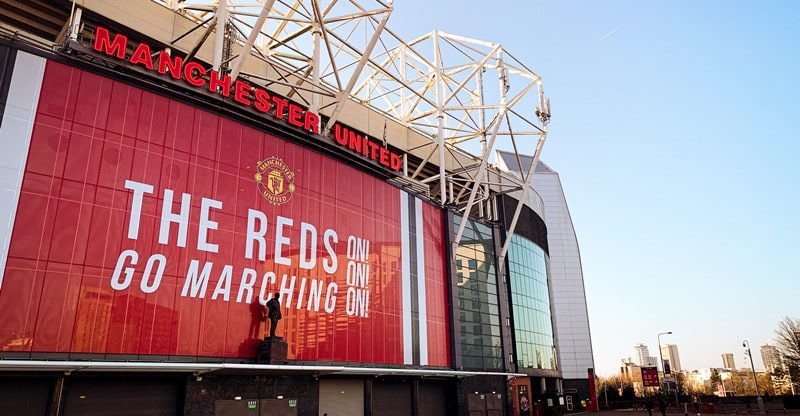 November 2022 was a monumental month for long-suffering fans of Manchester United. Once the most dominant soccer team in English football, if not the entirety of Europe, the Red Devils have lost their winning edge in the last decade. Since the retirement of Sir Alex Ferguson, United haven’t troubled the top of the Premier League table. Their last ten years have been riddled with overspending on big-name players, with precious little strategy to embed them.

The 2022/23 English Premier League campaign could be the start of something brighter for United. Under new boss Erik ten Hag, the Red Devils are pushing hard to get back in the top four picture. A recent 2-1 come-from-behind home win over rivals Manchester City has demonstrated the club’s potential to any would-be buyers from the Glazer family, who bought the club in a £790 million deal 18 years ago.

Under ten Hag, United are improving their consistency at both ends of the pitch. They are now third favorites to clinch a top two finish in 22/23, and are available at a best price of +333 with bet365. The UK sportsbook recently made the transition to the US sports betting market and has already caught the eye of OddsChecker, who has them listed as having one of the most attractive promotions for first-time Premier League bettors in the US.

Why are the Glazers wanting out of Old Trafford?

The truth is that the relationship between the Glazers and United supporters has soured significantly in recent years. Protestations against their ownership have magnified of late, with supporters growing sick and tired of misguided spending and poor on-field and off-field strategy from the United hierarchy.

Since the Glazers took over, the club has had a net spend of £1.18bn, with only Manchester City positioned above them in this unwanted ranking. Even the second spell of Portuguese icon Cristiano Ronaldo was an unmitigated disaster.

Consequently, the Glazers have taken the decision to “consider all strategic alternatives” which cover “new investment” as well as a potential “sale”.

Who has deep enough pockets to buy Manchester United?

It is highly likely that the sale of Manchester United will cost any prospective buyers upwards of £5 billion. The recent sale of Chelsea by former owner Roman Abramovich to Todd Boehly, a deal worth £4.25 billion, appears to have set a precedent for any United-related transaction.

The most credible buyer for Manchester United appears to be British billionaire, Sir Jim Ratcliffe. Ratcliffe was keen on buying Chelsea last year after Abramovich sought a quick sale but was pipped to the post by Boehly.

The reality is that United would be a much better fit for Ratcliffe’s riches. Born in Failsworth, Greater Manchester, Ratcliffe has supported United since a youngster. His net worth sits between £6 billion and £11 billion, with the Sunday Times’ Rich List ranking him as the 27th-richest individual in Britain.

Ratcliffe has made a large chunk of his personal fortune through his successful petrochemicals company, Ineos, which generates £50 billion in yearly sales revenue and boasts a global workforce of 26,000-plus staff. Ineos currently owns two football clubs elsewhere in Europe – the Swiss Super League side Lausanne and French Ligue 1 outfit Nice.

Ineos has confirmed this month that it has “formally put [itself] into the process” of acquiring the Old Trafford club.

February looks likely to be D-day for any prospective buyers of Manchester United this year. The Raine Group, the company overseeing the sales process, is set to narrow down serious candidates next month, with a view to closing a sale before Easter.

Co-chairman Avie Glazer was spotted alongside United’s CEO Richard Arnold at the World Economic Forum in Davos this month, causing speculation that the Glazers may be eyeing up additional interest from further afield. Reports have suggested that investors in the Middle East could be prepared to follow the lead of the Abu Dhabi United Group (Manchester City) and Qatar Sports Investments (Paris Saint-Germain).

Meanwhile US tech giants Apple are also said to have more than a passing interest in acquiring United, despite lacking the experience of owning and running a major football club. Elon Musk, the richest man on the planet, even spoke of a “long-running joke” about him taking over from the Glazers on his Twitter account.

Needless to say, supporters will likely rally behind a bid from Sir Jim Ratcliffe, given his deep links to the city. Whether or not his company can get a deal over the line remains to be seen.