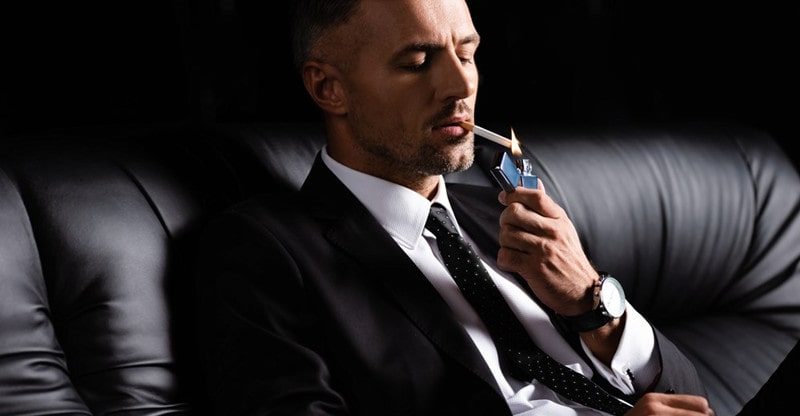 Most people started smoking in their teenage years. People’s parents or friends who smoke have more chances of smoking than the ones who don’t. Some teenagers say that they find it cool or just want to try having it.

Billions are spent every year in the tobacco industry to make and market ads that show smoking as glamorous, exciting, and safe. The studies have shown that youngsters who see smoking on television are more likely to start smoking.

Who is most likely to get addicted?

Any person consuming tobacco can get addicted to nicotine. It has been found in the research that smoking becomes a habit in the teenage years. The younger you are when you start smoking; there are more chances of getting addicted.

Addiction is marked by compulsive, repeated seeking or using the substance despite its unwanted consequences and harmful effects. Addiction is emotional or mental dependence on any substance. Nicotine is considered to be the addiction source of tobacco.

If any individual is using it regularly, it will lead to addiction. Nicotine is a form of a drug that takes place naturally in tobacco and it is as addictive as cocaine or heroin.

How does it affect you?

• Nicotine or any other chemical present in the smoke easily gets absorbed in the blood from the lungs. There’s no stopping after that as it quickly spreads throughout the body.

• When someone is consuming in a smaller amount, it will give a pleasant feeling and distracts unpleasant feelings. This is what makes the user take more. It acts on the central nervous system and brain, which affects mood.

• People smoking can become dependent and suffer emotional and physical symptoms when they consider stopping it. The best alternative to quit is the pouches which can be purchased from Black Buffalo. People consuming Nicotine will not even urge to have it.

• Right after a puff, Nicotine reaches the brain and the effects start wearing off within a few minutes. A person consuming it will feel edgy and irritated. Usually, the serious symptoms don’t occur, but the person consuming it starts feeling uncomfortable over time.

• As the body gets used to Nicotine, people using it increase its amount. By the time, a certain level of Nicotine is reached and an individual will need to keep up the usage to keep the level of Nicotine within a comfortable range.

Why is it difficult to quit?

Cutting back or stopping tobacco usage leads to nicotine withdrawal symptoms which can be both mentally and physically. It has been found in the studies that smokeless tobacco consumers face more difficulty leaving it than the ones smoking a cigarette who want to quit.

People using tobacco regularly for a few weeks or longer than that will see withdrawal symptoms if they stop taking it suddenly or reduce the intake.

It is better to stay away from tobacco and start considering pouches instead which are not harmful to the body.