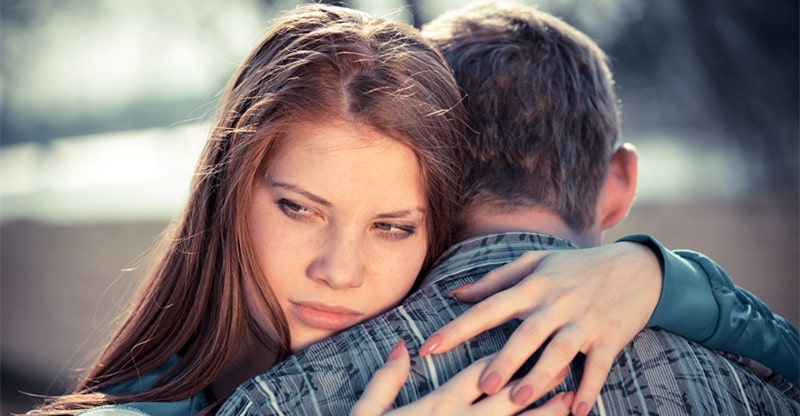 Whether you realize it or not, women are testing you all the time. This can come as a shock to many guys, who are completely unsuspecting of this.

Most men don’t realize it… but women are out there testing you every single day, especially if you’re in a relationship with someone. This is what’s known as a shit test, and today, we’re going to explain exactly what this means, and what you can do about it.

Why Do Women Test Men?

I know this can sound a little bit strange, especially if you’ve never heard of a shit test… but the fact is, that women are testing you all the time.

Why? It’s simple – women want a man they can trust. They want to know if they can trust you or not, and unfortunately, testing is one of the only ways to do this.

A shit test may come in several different shapes and forms… but they all have the same purpose: she wants to know more about who you are.

But, the problem is she can’t just ASK who you are. If a woman asks a man: “Are you confident?” obviously he’s going to say yes, even if he’s socially awkward and insecure.

If she asks: “Can I trust you?” again, obviously he’s going to say yes.

So, rather than simply asking every man a question that he could easily lie about, women typically unconsciously test men, to see what they’re made of.

Here are some of the reasons that women test men:

Those are just a few reasons why women may test men. I want to make something very clear, though. Most women aren’t consciously doing this – in fact, it’s quite the opposite.

Millions of years of evolutionary biology has ingrained in all of us some very deep-seeded patterns, beliefs, and needs. One of these mechanisms, which ensured women could survive in uncertain times, is the phenomena of the “shit test.”

Again, women can’t just ask a potential mate if he’s confident or not, or if he’ll get needy or jealous when she doesn’t return his texts for more than 3 hours.

The only way she can really know what a man’s made of, is to test him… so, she does.

3 Common Tests (Which Have You Gotten?)

While the number of tests you could be getting is nearly infinite, there’s generally a few different types of tests that women will pull on you.

One very common test, is to simply do something that annoys you. This is more common in the stage between a hookup and a relationship, when she’s testing the waters.

Unconsciously, she may begin to do things that slightly rub you the wrong way; taking the TV remote without asking, using your stuff without asking, or something of that nature.

The goal of this, is to TEST you, to see if you’re going to be a strong man, with high self-esteem, and set a firm boundary. If you fail the test, she will lose attraction to you, because women aren’t attracted to men with low self-esteem (like addicts or users).

Most women will test you right when they meet you. It might be when you first meet her, out at a club, or a bar. She might ask a question like:

The good news is that if you know how to pass these tests, you can instantly increase her attraction levels. If you fail them however, you can say goodbye to that potential relationship.

There’s two main ways to pass a woman’s tests. The important thing to realize however, is that it’s not so much what you do, it’s the “inner place” that it’s coming from.

Plenty of celebrities and successful individuals have made this point before. In fact, the Persian poet and spiritual leader Rumi often spoke about this. It is the difference between trying to fake who you want to be, and simply being your true, authentic self.

With this in mind, the best way to pass a woman’s tests is to actually be the man she wants. If you don’t have strong boundaries, and haven’t put time into growing yourself, it will be hard to pass her tests, because on the inside, you aren’t who you’re pretending to be.

That being said however, there’s generally two ways to pass a woman’s tests:

Every conversation and interaction we have with one another, operates based off of an underlying frame. Take for example, the “Is that the line you use to pick up every girl?” test.

The underlying frame in her test, is that you seem like a confident man, which is why she suspects you’re a player, and have a lot of success with women.

So, the way you’d pass a test like this, is you either amplify her frame to the point of absurdity, or just re-frame it in a way that is funny and light-hearted.

The point is to take her comment as a joke. If you get defensive and start getting angry, you’ve already failed the test – because you aren’t the confident guy you’re acting like you are.

Let’s take the second response: “Yeah, it’s pretty much the only thing I ever say.” Obviously it isn’t the only thing you ever say, but this is an example of amplifying her frame.

Her frame is that you’re a confident guy who goes around and says the same line to chicks. She’s probably somewhat flattered that you said it to her, but is testing you to see how confident you truly are.

So, the response: “Yeah, it’s pretty much the only thing I ever say,” clearly amplifies the frame to the point of absurdity. Of course it’s not the only thing you ever say! But by responding with a funny comment, that shows some wit, you have passed her test.

Let’s take another common test and explain this concept further. Sometimes women will jokingly make fun of you for certain things men typically pride themselves on.

So say, for example, she jokingly makes fun of your car. “Wow, I bet you get all the girls in that Prius, Dave.”

If “Dave” in this example got all defensive, and started rambling on about how the car is fuel efficient and a good economic choice, it shows insecurity.

A better response would be something like: “Yeah, girls won’t stop knocking on my car window trying to get my number. It’s kind of annoying.”

Do you see how much better of a response this is? It’s funny, it doesn’t take her well-intended jab too seriously, and it amplifies the frame ad-absurdum.

Why Women Test: The Bottom Line

In conclusion, women test you, because they want to know if you’re actually the confident, suave guy you’re portraying yourself as, and if you’re living up to your true potential. So welcome the tests!

Tons of guys get upset or angry when they find that women are testing them, but the truth is that they only test guys who they’re already interested in, to gauge their responses.

If a woman tests you, take it as a compliment. It means that she’s somewhat interested, and by testing you, she’s giving you a chance to prove your status to her.

Always keep in mind that simply being the best version of yourself is the best way to pass any test, because when you’re truly confident, many of these jokes will naturally come to mind.

All in all, you should welcome a woman’s tests. They give you a chance to show your confidence, and better yet, when you pass a woman’s test, her attraction to you will double.

Jon Anthony is a blogger and expert fitness model, who enjoys giving the no-BS, real deal about topics such as dating, fitness, mindset, and financial freedom. You can read his blog at Masculine Development for more.