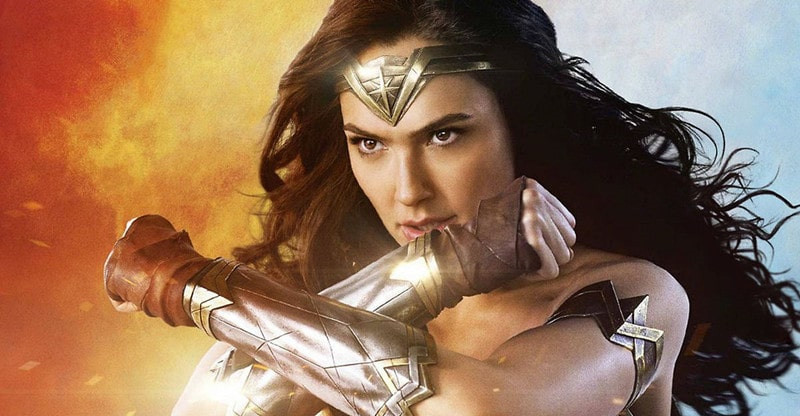 In today’s scary world, we all need someone to turn to, someone to teach us to stand up for ourselves and protect us. And who better to turn to than the mother of all heroes, protector of all women — Wonder Woman?

She’s the epitome of class, strength, and bravery — and she’s not afraid to show it. Here are the top 32 best Wonder Woman quotes to comfort and guide you in these troubling times.

#1. “I hate to break it to you both, but I dress this way because I want to, not to provoke or impress you.” ― Wonder Woman Comic

#2. “We have a saying, my people. Don’t kill if you can wound, don’t wound if you can subdue, don’t subdue if you can pacify, and don’t raise your hand at all until you’ve first extended it.” — Wonder Woman Comic

#4. “I don’t know which one of us has been more blind. You, in your refusal to adapt to a changing world. Or me for following you this far down your well-intentioned path.” — Wonder Woman Comic

#5. “I’m willing to fight for those who cannot fight for themselves.” — Wonder Woman Movie

#5. “If it means interfering in an ensconced, outdated system, to help just one woman, man or child — I’m willing to accept the consequences.” — Wonder Woman Comic

#6. “Bullets never solved a human problem yet!” — The Secret History of Wonder Woman

#7. “What one does when faced with the truth is more difficult than you’d think.” — Wonder Woman Movie

#8. “Peace is a virtue. A state of mind, a disposition for benevolence, confidence, and justice. It is not simply the absence of war.” ― Wonder Woman Movie

#9. “Maybe it feels easier that way, just being invisible, instead of always worrying what people think of you.” — Wonder Woman: Warbringer

#10. “Women are the wave of the future, and sisterhood is stronger than anything!” ― The New Original Wonder Woman Movie

#12. “Bonds of love never make the wearer weaker — they give him greater strength!” — Wonder Woman Comic

#15. “You are stronger than you believe. You have greater powers than you know.” — Wonder Woman Movie

#16. “Sisters in battle, I am shield and blade to you. As I breathe, your enemies will know no sanctuary. While I live, your cause is mine.” ― Wonder Woman: Warbringer

#17. “And I admire your ability to lift a car over your head without breaking a sweat and look fine as hell doing it, said Theo with a bow.” ― Wonder Woman: Warbringer

#18. “Kal looks to the future, Batman looks to the past, and I reside in the present, securely bridging the two.” ― Wonder Woman Comic

#19. “Priscilla’s hobby is collecting chains; mine is breaking them!” ― Wonder Woman Comic

#21. “I guess I gotta try. My father told me once, “If you see something wrong happening in the world, you can either do nothing, or you can do something.” And I already tried nothing.” — Wonder Woman Movie

#22. “I used to want to save the world. To end war and bring peace to mankind. But then, I glimpsed the darkness that lives within their light. I learned that inside every one of them, there will always be both. The choice each must make for themselves; something no hero will ever defeat. I’ve touched the darkness that lives in between the light. Seen the worst of this world, and the best. Seen the terrible things men do to each other in the name of hatred, and the lengths they’ll go to for love. Now, I know. Only love can save this world. So, I stay. I fight, and I give, for the world I know can be. This is my mission, now. Forever.” — Wonder Woman Movie

#23. “Because no matter how small an act of kindness or generosity or simple positivity you put out into the world, it will make a difference.” — Wonder Woman Comic

#24. “It’s about what you believe. And I believe in love. Only love will truly save the world.” — Wonder Woman Movie

#25. “Please take my hand. I give it to you as a gesture of friendship and love, and of faith freely given. I give you my hand and welcome you into my dream.” — Wonder Woman Comic

#27. “Which will hold greater rule over you? Your fear or your curiosity?” — Wonder Woman Movie

#28. “What was it that John Lennon said? “Love is the flower you’ve got to let grow.” Let it grow already, and quit trying to legislate it!” — Wonder Woman Comic

#29. “A deal is a promise and a promise is unbreakable.” — Wonder Woman Movie

#30. “If loss makes you doubt your belief in justice, then you never truly believed in justice at all.” — Wonder Woman Comic

#31. “If the prospect of living in a world where trying to respect the basic rights of those around you and valuing each other simply because we exist are such daunting, impossible tasks that only a superhero born of royalty can address them, then what sort of world are we left with? And what sort of world do you want to live in?” — Wonder Woman Comic

#32. “You dance differently when you know you won’t live forever.” ― Wonder Woman: Warbringer

Yes ― being a woman can be exhausting, and terrifying at times. But it can also be incredibly beautiful and rewarding. You are all one-of-a-kind masterpieces that sometimes just need a push to realize how powerful you are.

Also, you can never let anyone else take your light or silence you. That’s why, every time you feel a bit down, you can take a look at this truly empowering and mesmerizing Wonder Woman quotes to find the strength to carry on.