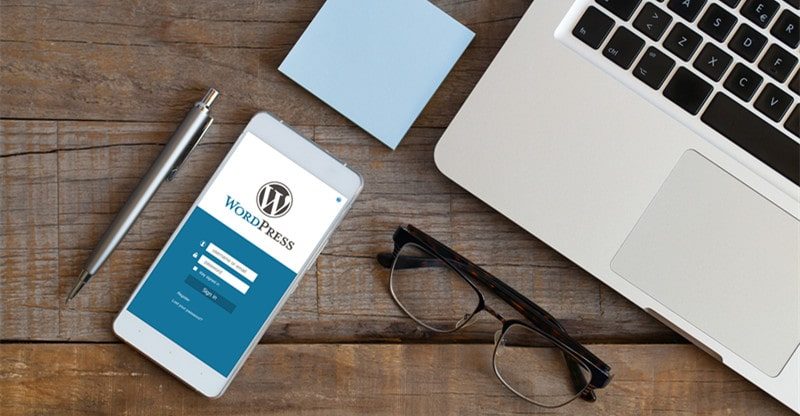 As WordPress emerged in 2003, it was a free and uncomplicated platform for content management satisfying rather basic needs. Nowadays, almost 2 decades later, it has altered significantly and also covers software development and digital marketing.

Aside from its technological advances, WordPress also substantially gained in popularity. Currently, it is utilized for each third website thus being the largest and continuously growing infrastructure globally. It is logical that when surfing on the world wide web a user would encounter lots of WordPress powered websites. They are awesome and well-functioning thanks to the countless plugins and themes.

WordPress is trusted by SMEs and big Fortune 500 companies like BBC America, The New Yorker, and Mercedes-Benz.

Each full service WordPress agency follows the WordPress changes and here is an analysis of its 2020 figures from diverse sources. This might give precious insights as to how enterprises can endorse online presence with WordPress.

Usage and Traffic: WordPress Figures for 2020

This chapter describes how WordPress grew, which plugins and themes it incorporated, and what was the situation with hosting, traffic, and safeness.

The figures analysed below illustrate the popularity and usage of this platform. On the other hand, this data also gives practical insights into the optimal technologies of development and improvement of the WordPress websites.

• 39% of all sites worldwide function in this environment. This percentage is much higher than those of the competitors such as Drupal, Joomla, Squarespace, and Wix.

• This translates to 455+ million sites globally that are run on WordPress.

• The same source mentions that WordPress covers 60 languages though 71% of its content is in English.

• Interestingly enough, WordPress is utilized in quite some of the top-performing websites. It powers 30.91% of the leading 1 million websites, 30.5% of the chief 100k websites, and 34.34% of the highly-ranked 10k websites worldwide utilize it, states builtwith.com.

• The platform includes approximately 58,000 plugins and 8,000+ themes in the official directory, and many more on the web.

• Each second, there are 17 new blog posts published, claims Kinsta.

• Their research also shows that each month, the term “WordPress” is searched 37+ million times.

• Each month there are 20+ billion WordPress page views by 409+ million users. They also create more than 70 million new posts and leave 77 million new comments on the sites.

• The lion’s share of websites, namely 83.9%, are run on version 5 which has been installed more than 7.1 million times.

• 368 cities and 65 countries hosted over a thousand of Local WordCamps.

• One of the freshest releases, version 5.6 (Simone), published in December 2020 was prepared completely by a female-only team, as per the official platform`s page.

WordPress offers a vast and dynamically developing plugin library which contributes to the system`s popularity. It contains manifold gratis and for sale extensions which offer an opportunity to create an awesome website. Below there is a list of some interesting facts regarding well-known WordPress plugins.

• According to the official data, the platform offers around 58 000 extensions which in general have been installed 1.5 billion times.

• The Hosting Tribunal reports that over 1 million sites utilize each of the top-notch 30 plugins.

• 95,000 out of the leading 1 million websites employ Contact Form 7, as per information from builtwith.com.

• WooCommerce, an indispensable tool to endorse eCommerce, which gets 28.24% of the market share among the e-commerce extensions. 18.3% of websites utilize it.

• Kinsta states that it covers approximately 22% of the top 1 million sites with eCommerce technologies.

• The same source reports that it is utilized by 70+ million eCommerce stores.

• Besides, it adds that WooCommerce has over 300+ extensions that can be purchased to boost functionality.

• WordPress has over a thousand of various WooCommerce themes, reports Envisage Digital.

What About WordPress Themes?

• WordPress theme directory offers a rich selection of approximately 8k of diverse themes, as per official info of WordPress.

• Kinsta mentions that the first default themes were “Kubrick” and “WordPress Classic”.

• It also reports that a new default theme has been published annually since 2010. They were named with the titles corresponding to the release year. For example, in 2020 the theme Twenty Twenty has been launched and got more than a million downloads by now.

• Kinsta informs that expenditure on theme clubs and subscriptions fluctuates between $48 and $399 annually. These expenses correspond to 23 Elmastudio themes and 55 WooCommerce themes.

• An average cost of a subscription to a WordPress theme club is $145, as per Kinsta.

WordPress and Its Safeness

In general, WordPress is rather a safe and reliable environment. But being the biggest and most favorable system for CMS, it is susceptible to some threats. The major of them include non-updated software, poorly written plugins, SQL injections, exposed login practices, weak hosting capacities, incorrectly defined user roles (Source: DevriX).

Scuri is the website security service provider which reports:

• Around half of the affected websites experienced one or several backdoors attacks.

• More than half of all CMS applications were outdated at the moment of attack.

• 44% of all precarious websites had several vulnerable compounds.

• 53% of reinfections occurred because of SQL injections.

Therefore, it is highly advised to utilize the freshest WordPress version to ensure the highest level of security and avert potential risks.

Over the years, WordPress underwent significant changes. Its position has grown to the leading and the most favorable CMS and its infrastructure is being used by each third site on the web across the globe. Users enjoy it for multiple reasons, including permanent improvement and huge community interaction which reinforce the capacities to build out and scale up influential sites.

Hopefully, this article describing the WordPress data for 2020 would give some inspiration and insights on how to endorse a site and bring it to the next level.