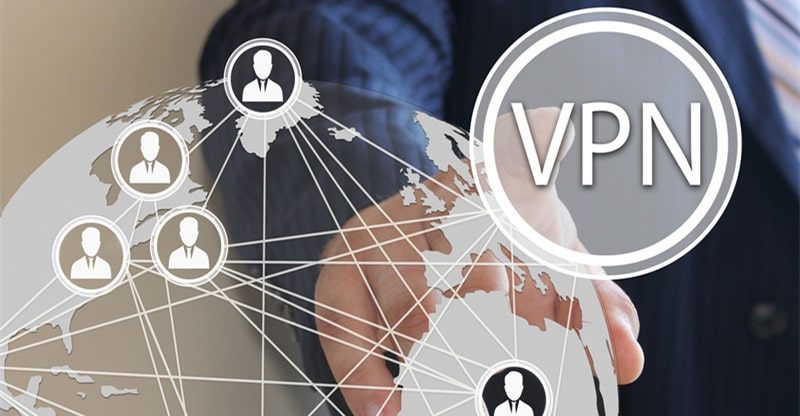 The business world isn’t fair. That’s an uncomfortable fact that everyone needs to live with. Some companies have been around for a century or more, standing in the ring waiting for a new competitor to come up.

Beating them is like a David vs. Goliath phenomenon. Your secret weapon could be a better product or service, an outstanding customer experience, or intelligent marketing. Of course, everyone in business is aware of the competition problem.

But what about data breaches, hacks, and malware? Apart from your competitors, cybercriminals are waiting for you to take the wrong step so they can exploit your website. The number of compromised sites is increasing daily. What’s even worse, most companies are totally unprepared for cybersecurity.

If you’ve been watching many Hollywood movies, you might think that you need a hacker of your own to outsmart the person on the other side of the screen. That’s not the case at all. In almost 99 percent of the cases, you only need a virtual private network as a security measure. This is the case for both your personal and professional life. Here’s why.

Every modern device has a firewall that goes along with the operating system. If you don’t have antivirus software or a VPN, that’s your first and only line of defense. It’s like locking your house when you go out but leaving the windows open. The strategy won’t work for long.

Reports show that breaches have been on the rise. The targets, impact, and techniques have changed in the last few years. Instead of stealing money, hackers are now focused on the information because it can be used as ransom and is costly. Because modern systems are advanced, they target the weakest layer in the technology chain – people. They’re constantly thinking of new social engineering or phishing attacks as the easiest path to entry.

VPNs make it impossible for hackers to strike. The encryption standards they use can’t be broken, which means that none of your data will leak where it isn’t supposed to go. Internal communications, customer channels, and stored documents will be completely secure, no matter which network you’re connected to.

Is it really that easy to get hacked?

It’s incredibly easy to get hacked. All it takes is a single slip-up from you or your employees. In a matter of minutes, hackers can exploit all of your hard work and have your reputation ruined. Here are some examples:

You post a job on LinkedIn looking for a new hire. Several individuals message you personally and send you their CVs. You download them all and read through them, and you decide to schedule interviews. Nothing suspicious. One of the CV files contained malware, and a week later, your entire business became compromised.

You’re walking to get your morning coffee with your phone in your hand. One of your biggest clients sends you a large file to check immediately. You’ll be in the office in a few hours, and you don’t want to keep them waiting. Instead of using data, you decide to connect to the public Wi-Fi and wait for the download to finish. In the meantime, a hacker breached your device and has all of your sensitive info.

You decide to start your e-commerce brand and post it on all of your social media channels. Because you haven’t used a VPN, your IP address leaked when you visited pages on how to set up your page. Immediately after you publish the post, there are thousands of requests, and your site breaks down. A week later, you realize that you were the target of a DDoS attack.

Instead of you, try to imagine each of your employees in the same spot. One mistake, and the end result is the same.

You could have avoided these situations with a single click of a button if you had a VPN. You can check your device’s security by Googling “what is my IP.” You might be shocked at how much information you’re giving out.

Is there any other benefit?

Individuals and companies alike tend to underestimate the role of cybersecurity in their work. Even though VPNs were created with security in mind, there are a lot of side benefits that need to be mentioned.

One of the best is bypassing geographic boundaries. When the conflict between Russia and Ukraine started to escalate, Instagram decided to shut down its services in Russia. That was terrible news for people making an honest living through the platform without being connected to politics. The only way they could bypass the ban was by using VPNs.

The same thing applies if you go to China. They’ve banned Gmail, LinkedIn, Facebook, and multiple other services. If you’re going on a work trip, you’ll be unable to use anything. A VPN lets you change your IP address and make it look like you haven’t moved from your office.

Why use paid services when there are free ones available?

If your budget is tight, you don’t want to be wasting your money. Even if you’ve got a lot of it, you probably don’t get to that spot by overspending. That’s why the question of choosing a paid or a free VPN could be a difficult one.

When you use a free service, there’s always a catch. Social media platforms like Facebook, Instagram, and Tik Tok are free to use, but they bombard you with ads and steal your personal data. That’s a fact.

Free VPNs might hide your IP address, but only for a limited time or data amount. Plus, they can sell your private information behind your back because they need to make a profit out of something.

Paying for a service means that you’re getting your money’s worth. A total no logs policy means that no one knows what you’re browsing. Finally, additional features scan files for malware and block targeted ads. It’s the same as choosing to eat a cookie from a stranger compared to getting it from the store. There’s usually something suspicious when you’re getting it for free.