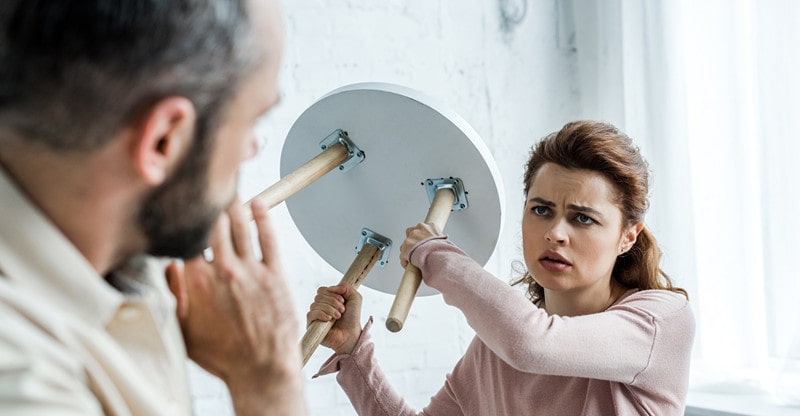 Various kinds of assault are all perceived as a criminal infliction, but certain types like aggravated assault can lead to some severe penalties. While every state penalizes aggravated assault at different levels, it is commonly declared as a felony.

It can either charge you for a long prison term or record you as a convicted felon, which can severely affect your personal and professional life. Speaking of aggravated assault in states like Illinois, today we’re reviewing and sharing a few facts.

What Exactly Is Aggravated Assault?

When a person harms another with no regard or value to human life, the assault becomes heinous and dangerous. The aim is to cause serious body damage, probably with the help of a weapon and the intention of killing, robbing or raping the victim. Often confused with simple assault, aggravated assault is much more than just a threat and can lead to loss of life.

Conditions that Define an Aggravated Assault

These conditions are defined within the occurrence of the following scenarios that form the aggravating factors:

Aggravated assault is classified according to different levels of harm caused to the victim and is, accordingly, divided into classes, depending on the state. While a simple assault is recognized as a Class C misdemeanor, it isn’t penalized as heavily as an aggravated assault. The maximum punishment level involves either a fine or a few days in jail.

The perpetrator has to spend around 30 days in prison on average and pay approximately a fine of $1500, whereas aggravated assault involves spending a year in jail or a fine of $2500 as punishment. Certain types of penalization might also include community service for a fixed number of hours. Depending on the type of aggravating factor and assault circumstances, this crime is usually classified as a Class A misdemeanor, or a Class 3 or Class 4 felony.

Class 3 felony is based on the use or discharge of a weapon like a firearm. In the occurrence of more than one aggravating factor at a time, the penalties are classified as a Class 1, Class 2, or Class X felony.

The following punishments are categorized as various classes for aggravated assault under Illinois assault law.

Hiring a criminal defense lawyer for the charge of aggravated assault can diminish the chances of being proven guilty. As stated in the blog article is aggravated assault a felony in Illinois, the defense attorney clarifies that, by definition ‘in an assault, the defendant’s conduct generally does not include physical contact or physical injury caused to the victim, as it does in a battery.

You could be charged with assault by actions such as pointing a gun or knife at someone if this is done in a threatening way.’ It’s extremely important to actually know the details of what passes as assault and the best way to do that is to consult with professionals that specialize in this area so that you know exactly what you’re dealing with.

These experienced professionals can lead your way towards justice through lawful proceedings and by substantiating witness proof. Also, depending on the jurisdiction, your defense can vary. Your defense attorney can take the following steps or consider these factors on your behalf.

Having an experienced and knowledgeable defense attorney can prove any of these or more factors in your favor. Defense lawyers in Illinois hold all legal details and plausible options to turn the case on its head on your behalf, giving you a clear picture and advising you on a future plan to be safe.