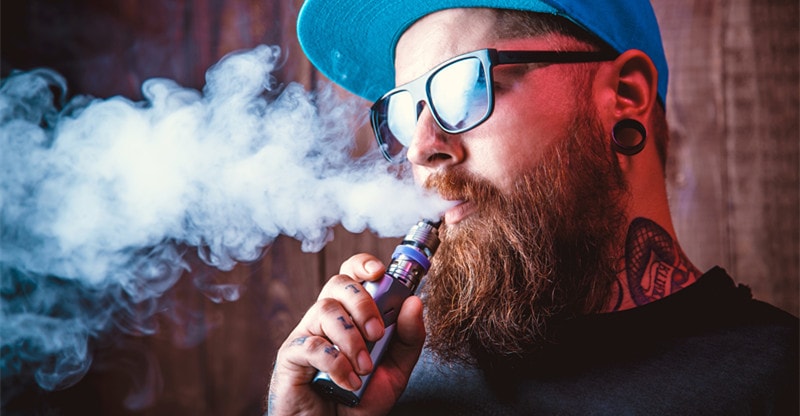 It’s been a little more than a decade since vaping was first introduced to the world. Vaping, or as it was more commonly known then as smoking e-cigarettes, was introduced as an alternative to smoking tobacco cigarettes. Fast-forward a few years, and now vaping has taken a completely different turn. Anywhere you walk, “cool kids” now walk around puffing vape smoke.

Those who know how to puff rings and shapes using their vapes are now deemed the edgiest. However, how did vaping become so popular and widespread? Why is everyone switching to vaping nowadays?

Moreover, what do you need to know to start vaping yourself? We’re here to answer your questions.

Technically speaking, vaping is an electronic alternative to smoking combustible cigarettes. The device you use, be it a pen, a pod, or a vape, is electrically charged using batteries. You put in the cartilage, which contains the nicotine in a liquid form, and inhale from the mouth opening. Every time you inhale, the device turns the liquid into vapor, which you breathe in and puffed out, hence its name: Vape.

The vaping device can come in a variety of shapes: a pen, a USB flash drive, a cigarette, or any other forms. There are also many vaping devices in the market, ranging from pretty straightforward to extremely complicated in regard to their use. With the growing popularity of vaping, many young adults and teens have become so interested in vaping that they have come to create their own DIY vaping juices.

Vapes, e-cigarettes, pods, or JUULs—all of these are different names that refer to the same vapor technique. However, the names indicate the different devices used to deliver this vaporized nicotine into your system. You’ll find a few resources that can give you comprehensive information about vaping, but the vaping experts at ozvapour.com have created quite a simple guide for beginners.

To make it brief, they explain how your options can be narrowed down to three devices: POD Vapes, Vape Pens, and Box Mods. POD vapes are the most practical to carry around and use, but they might not be enough to satisfy the needs of heavy vapers, and they’re a bit expensive to maintain.

On the other hand, box mods are the most affordable, as they produce the most smoke, but they’re pretty complicated to use. It’s recommended to start with vape pens, as they’re considered to be a compromise between POD vapes and box mods.

The greatest thing about vaping is the variety you’ll get in choosing your liquid. There are two main factors that are involved in choosing a liquid: the amount of nicotine you need and the flavor you desire. You’ll be amazed by the number of flavors available, ranging from a single fruit flavor to mixtures of fruits and other synthetic flavors.

The good thing is that you can experiment as much as you can until you find your favorite flavor. As for the nicotine amount, you’ll find liquids starting from zero % nicotine and going up from 3 mg/l to 4, 6, 9, or 12 mg/l. You might even find a few coming with 24 mg/l of nicotine.

Vaping started as an alternative way to help smokers quit without experiencing withdrawal symptoms. As it became more popular over the years, its variety of flavors and the fact that it looks pretty cool have encouraged many teens and young adults to start smoking even if they had never smoked before. This has raised many concerns about the health safety of vaping, but it’s still too early to know for sure.

There haven’t been many comprehensive studies to decide the impact of vaping on our health, and the results are anecdotal so far. Some say it helps smokers quit smoking and that it’s a much better alternative, but other studies are indicating that it has its own toll on our lungs and health. A word for the wise, try to go easy on vaping and use flavors that contain lower amounts of nicotine.

Vaping is cool for so many reasons, and the fact that it doesn’t leave a stench of smoke behind you plays a big role in its popularity. Not only is it more socially accepted than smoking, but it’s also more practical and affordable in the long run.

However, starting your vaping journey can be a bit confusing, so it pays off to know what your starter pack should look like. After choosing the correct device, finding your liquid, and understanding the health consequences of vaping, you’ll be ready to start vaping in no time!