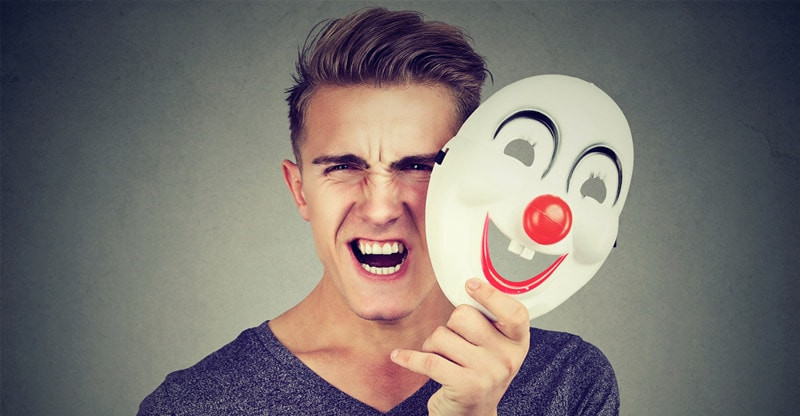 Is there a worse feeling in the world than being used? Well, probably, but when it comes to relationships and especially heartache, that pretty much tops all charts.

I can’t play a saint here and say that I’ve never used anyone or taken advantage of someone’s goodwill. We all have! What’s more, we’ve also been on the receiving end, and someone took advantage of us, used us, and left us high and dry when they didn’t need us anymore.

That cycle of “taking advantage” is vicious and almost never-ending because we justify it by our own previous experiences. And then others do the same. But just because other people were using us at one point or another, that doesn’t give us the right to walk over others.

If you’re having a hard time remembering that, here are the best quotes about people using you that will hopefully remind you of how that feels. That way, you’ll hopefully never use others again.

Most Famous Quotes About People Using You

#1. “The opposite of love is not hate; it is use. Use is the abuse of love; in fact, it betrays love. When we use another person, we place their needs below our own, but worse yet, we place their value and dignity below ours.” ― Leah Darrow

#2. “What most people need to learn in life is how to love people and use things instead of using people and loving things.” ― Zelda Fitzgerald

#3. “I have learned that people at the bottom use others’ bodies to climb to the top.” ― Mandla Langa

#4. “The feeling of being used…I guess it’s better than being forgotten.” ― Joan L Trejo

#5. “Controllers, abusers, and manipulative people don’t question themselves. They don’t ask themselves if the problem is them… they always say the problem is someone else.” ― Darlene Quimet

#6. “Being too nice is a crime today. Fake friends are everywhere around you. They will use you, and when you are of no use, throw you away like a wrapper.” ― Shizra

#8. “To be happy is to wisely use the power of saying NO to some people. Don’t be afraid to disappoint people who only conveniently remember you when they want something from you. Don’t let yourself be used.” ― Dodinsky

Anonymous Quotes About People Using You That Will Open Your Eyes

#9. “Not everyone will appreciate what you do for them. You have to figure out who’s worth your kindness and who’s just taking advantage.” ― Anonymous

#10. “I don’t care if you hate me now, I already know you only treat me nice when you think I am useful to you.” ― Anonymous

#12. “The sad truth about life is you are forgotten and only remembered by people when they want something from you.” ― Anonymous

#13. “Don’t hold on just because you think there will be no one else. There will always be someone else. You’ve got to believe you’re worth more than being repeatedly used and hurt by someone who doesn’t really care. Believe that someone will see what you are really worth and treat you the way you should be treated.” ― Anonymous

#14. “Anyone who allows other people to control and guide their destiny will eventually become bitter and feel used and taken advantage of.” ― Innah Delos Angeles

#15. “Ask not the grass to give you green and later walk all over it.” ― Anthony Liccione

#16. “The worst feeling in the world is to know you were used and lied to by someone you trusted.” ― Anonymous

#17. “If you allow people to make more withdrawals than deposits in your life, you will be out of balance and in the negative. Know when to close the account.” ― Anonymous

#18. “You can’t always be nice. That’s how people take advantage of you. Sometimes, you have to set boundaries.” ― Ritu Ghatourey

#19. “What’s worse than being alone? Being used, lied to, deceived, left behind, and completely forgotten.” ― Kreayshawn

#20. “I do not have respect for you who takes advantage of the soul that is kind and giving, for it is you who takes such liberties that becomes the ultimate fool.” ― C.C. Franklin

#21. “Never confuse being loved and needed with being used and wanted.” ― Anonymous

#23. “I feel like I’m a library book. I’ve been used, tossed around, and put down. I’m just waiting for someone who will think I’m good enough to keep.” ― Francine Chiar

#24. “Stop doing stuff for people when you see that they start to expect it rather than appreciate it.” ― Anonymous

#25. “People that don’t know what they are worth will always see their capture’s wings, but never their tail.” ― Shannon L. Alder

#26. “People know who they can walk over and who they can’t. If someone is walking all over you, it’s because they KNOW you’ll put up with it.” ― Sonya Parker

#27. “Don’t talk to me just because you’re bored. I’m not your entertainment. And don’t come to me only when you need a favor. I don’t like being used.” ― Anonymous

Whenever you think that using (or worse, abusing) someone’s goodwill, take another look at these quotes to see why that isn’t a good idea. There will always be selfish people who only think about themselves in your life. And yes, those people will try to take advantage of you.

Don’t let them. Set boundaries, be firm, and don’t allow anyone to treat you as worthless — because you’re anything but worthless. However, always remember to treat others with that same kindness that you expect from them. Let’s make a new, lovely, generous, and kind cycle.