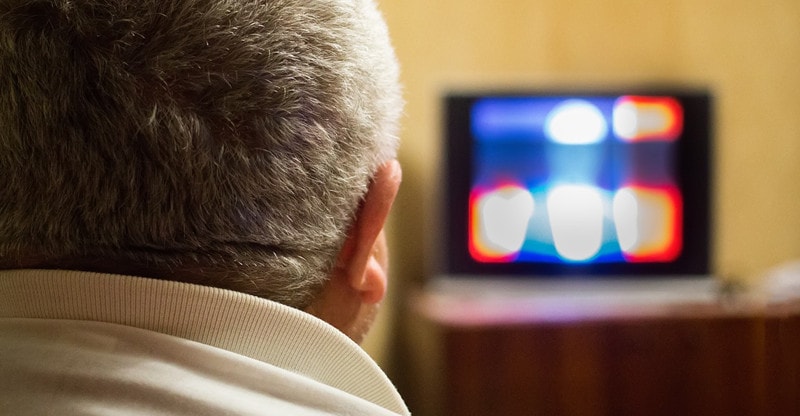 With the world going into lockdown earlier this year due to the coronavirus, many people were left searching for things to fill their time. Some opted for learning new skills such as a language or a musical instrument, whilst others chose to spend their time decorating, renovating, and catching up with housework.

Something that everyone has chosen to dabble in is delving into new tv-series and films. Having so many to choose from it’s often difficult to find something to really get your teeth stuck into. Hours have been spent scrolling through Netflix and Amazon Prime so here we are going to look at a few ideas to get you going.

Brooklyn Nine-Nine follows the journey of the hilariously funny detective, Jake Peralta, and his equally funny, diverse, and loveable colleagues as they police the New York Police Departments 99th Precinct. From the start, the team finds themselves in hilarious situations in which they use their surprisingly good detective skills to solve.

All the characters in this show are brilliant and come with their own unique and masterful performances. With 6 seasons available you’ll have plenty of time to binge-watch until your heart’s content.

The renewing of the latest season wasn’t a straightforward process, the network Fox dropped them after 5 seasons because figures were apparently dropping. But the fan favoured series was rescued within 31 hours of Fox letting them go by the network NBC.

There’s nothing worse than finding yourself fully gripped by a show and discovering there’s nothing left to watch after a season-ending cliffhanger.

Having just been confirmed for its third season, Afterlife is a show that is taking the world by storm. This show follows Tony, a man who’s life gets flipped upside down when his wife dies from breast cancer.

Understandably, Tony struggles with the next stage of his life and decides that the best way to deal with his situation is to be as open and honest with everyone that crosses his path which leads to a hilarious watch. Ricky Gervais (actor, writer, and producer) is fantastic throughout with incredible performances that will leave you both laughing and crying at the same time.

The rest of the cast is incredibly well thought out and the casting is a testament to Gervais, using some friendly faces from previous shows. After Life is a show not to be missed.

A British show that does them proud. Killing Eve is a comedy-drama/spy thriller that follows Eve Polastri, a British intelligence investigator that has the seemingly impossible task of capturing the psychopathic assassin, Villanelle. What follows is a game of cat and mouse between the two that is thrilling, mesmerising, and also hilarious thanks to the incredible writing from the creator.

The second season is on its way so diehard fans won’t have to wait too long before they can have a second dose of Killing Eve.

Created and written by Nick Kroll, Andrew Goldberg, Mark Levin, and Jennifer Flacket, Big Mouth is an animated series that is based on Kroll and Goldbergs early days growing up in New York.

A hilarious depiction of teenagers trying to navigate their way through puberty struggles during some testing school times. The addition of the pairs hormone monsters is something of comedic genius and will have you laughing all the way through.

A British mockumentary sitcom that follows the lives of two young people living their days in a small town in the Cotswolds. A hilarious show that focuses on being socially awkward, human behavior, and most importantly, how eccentric it is to live in rural England.

Being so popular, this Country quickly got commissioned for a second series and the third was released earlier this year. Even for an American audience, this show will leave you laughing, maybe not because of the strange English jokes, but the hilarity of life many people live.

Released on the 17th April this year, BlackAF is one of the latest sitcoms to be on this list. Written and created by Kenya Barris, this sitcom starts the creator as a fictionalized version of himself as he makes his way through the messy, unfiltered, and hilarious life trying to get it right.

Two months after it’s release, BlackAF was commissioned for a second series, so there’s no doubt it’s a funny one.

Whilst this isn’t a new TV-series, and not particularly a Sitcom, it’s one that most definitely should be on this list. Friday Night Lights is set in the rural town of Dillon, Texas, and follows the trials, tribulations, and triumphs of the high school football team, the Dillon Panthers.

With a whole host of storylines to follow, Friday Night Lights will take you through the rise and fall of the team run by head coach, Eric Taylor, testing relationships amongst the team, and teenage life in rural America. This award-winning show should be added to your watchlist immediately.

With so many things to watch on streaming services, it’s often good to take some advice from a list online. All these shows have rave reviews and will leave you wanting more. So head to the kitchen, grab the popcorn and a beer and line up one of these brilliant TV-series.