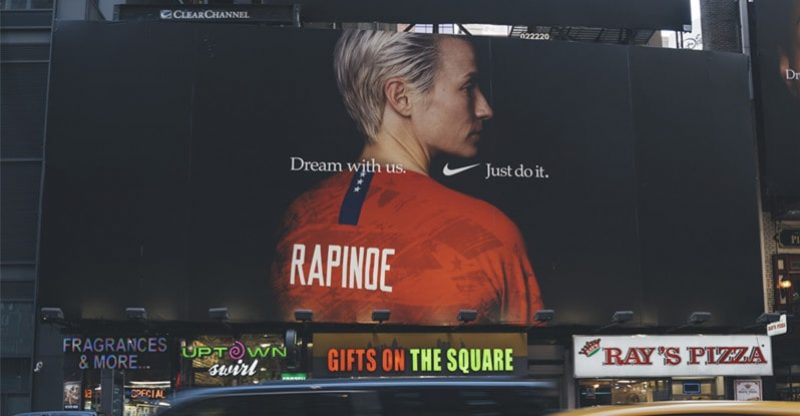 In the modern sporting world, professional athletes are often paid eye-watering sums of money. Take English footballers, for example: Arsenal’s Pierre-Emerick Aubameyang and Mesut Ozil are paid more than £350,000 a week, equating to over £18 million a year.

Across the pond, some of the numbers are even higher. The quarterback for the Kansas City Chiefs, Patrick Mahomes, reportedly earns an average annual salary of $45 million with Russell Wilson, quarterback to the Seattle Seahawks, earning $35 million a year.

But most players don’t get to earn these huge sums forever. In fact, most professional athletes will reach the peak of their earnings in their 20s or 30s, much younger than most other people who get there at around 55.

Once (or before) athletes retire, which they also do much younger, many turn to business as a way to create new sources of income. This isn’t too dissimilar in the way we regular folks prepare for retirement, but with a lot more money and more hands-on work.

Here are some of the sports stars that are making a go of it in the business world.

Jürgen Klopp is one of the most successful football managers in recent years. While at Borussia Dortmund, he led the team to two Bundesliga titles, the DFB-Pokal, and the DFL-Super Cup.

After 2015, he moved to Liverpool, rebuilding the team and guiding them to a Champions League title, a FIFA Club World Cup title, and the first league title in three decades. The record continues, with the club still enjoying strong Premier League betting odds as they try to retain the league title in 2020/21.

Klopp’s on-pitch success has helped him to build a strong business off the pitch. Using his celebrity status, he’s signed endorsement deals with a whole host of different companies. including brands like the car manufacturer Opel and the Dutch electronics company, Philips.

This goes beyond the typical endorsement deals that many celebrities have though. Klopp has managed to pull off deals that some believed to be impossible. For example, when Nike took over as Liverpool’s official kit sponsor, everyone assumed Klopp would also sign a deal with them, just as he’d done with New Balance.

However, he signed an endorsement deal with the German brand Adidas, meaning he’ll work as an ambassador for the company and be seen wearing the company’s brand at matches, contrasting with his players.

Tony Hawk has become an internet meme in recent years, tweeting whenever people don’t recognise him. The most common occurrence is when people say his name is the same as “that skateboarder guy” or that he “looks like Tony Hawk”.

That hasn’t phased the professional skateboarder who has set up several different businesses. As well as the incredibly successful video game franchise, Hawk has invested in Birdhouse Skateboards, a company that manufactures and sells a range of boards that feature names like Hawk, Lizza Armanto, and Clive Dixon.

He also owns a consulting business called 900 Films that helps movie studios and production companies incorporate skateboarding into their content in an authentic way. This has seen him work with brands like Mini, Adobe, Sony, and Bagel Bites.

Altogether, these businesses have helped Hawk amass a net worth of more than $140 million.

Dwayne “The Rock” Johnson is one of the most famous names in wrestling. He’s often quoted as saying “In 1995 I had seven bucks in my pocket and knew two things: “I’m broke as hell and one day I won’t be.” And it’s fair to say he’s been true to his word.

After stepping out of the ring for the last time, Johnson has built a successful career in acting, starring in titles like the Fast & Furious movies, San Andreas, Baywatch, and Skyscraper.

He’s also written a best-selling book titled “The Rock Says” and signed a partnership with the clothing brand, Under Armour. This deal, which began in 2016, has seen Johnson create his own lines of clothing to be sold under the company’s brand.

More recently, Johnson and a team of other investors have bought the XFL, a failed American football league created by Vince McMahon, the founder of the WWE. The league relaunched in 2020 but ran out of money after games were suspended. Johnson hopes to have a “hands-on” role in running the league and said that he was buying it to “take care of the fans”.

His portfolio of different business interests has helped Johnson to build a net worth of around £280 million.