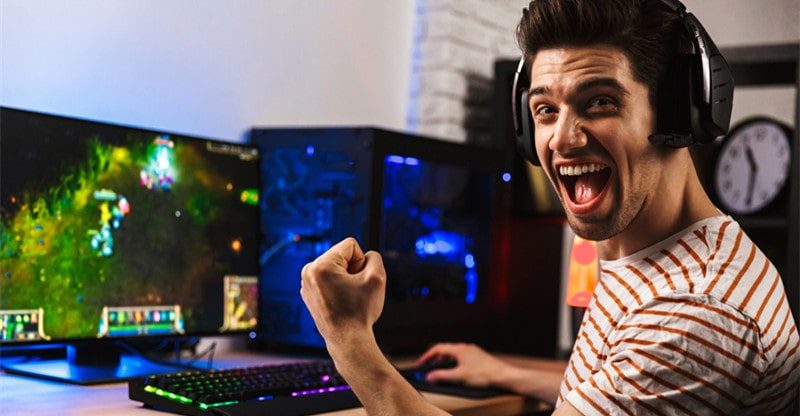 The online industry is developing at a tremendous pace and has more than 10 years of development of large projects in its reserve.

Huge worlds with a lot of activities and activities for every taste – professions, PVP, PVE and dungeon crawls, guild development and skill leveling, fishing and hunting and much more.

Online games are suitable for people who are willing to spend a lot of time in one place – if this is not part of your character traits, then the game will help develop this skill.

Perseverance is understood as the consistent fulfillment of your task – for example, to run through all the main story quests and get level 60 to start mastering a new update in World of Warcraft Dragonflight, you will need perseverance, or order WoW bosting from a professional site.

The perseverance parameter itself is developed when you know why you spend a lot of time at the computer – if this is an interesting storyline and the understanding that all the most interesting is yet to come, at level 70, then perseverance comes by itself.

Despite the similarity with the previous paragraph, purposefulness guarantees a success factor, since all efforts are always rewarded to one degree or another, and if you spend a lot of time in the game, knowing full well that success is achieved by work, then the time spent will be spent with benefit.

Getting into any game world, you find yourself on a par with other players, but the best gamers have yet to catch up and overtake.

In WoW, this is achieved by diligent pumping, crafting weapons and armor, going to dungeons to get the best equipment, finding a guild or group for joint development, and systematically performing all actions to strengthen the character.

Gradually, the quantity will turn into quality and everything will happen thanks to the determination that is formed in the game for those who want and strive to be a winner.

Teamwork is the basis of all online games, since the main goal of any MMO is to bring together as many players as possible in order to achieve goals. Often this is a confrontation, but if you do not forget that this is an element of the game, then the project turns into an interesting arena for confronting large groups of players who are motivated by development and teamwork to defeat opponents.

Loners in MMOs are quite possible, but they do not always get all the game content, because going to the dungeons where the strongest equipment drops out requires a group and there is always a chance that you will not get the loot.

It is hard for solo players to defend their locations for farming in PVP, without the support of allies.

The optimal format for an MMO is to have your own group for joint development. A collective game is addictive and motivating, and if you don’t play with others, then the players don’t suit your playing style – there are no gamers who can’t find teammates, there are long searches for players by style, but don’t despair – you will definitely find good teammates , It’s a question of time.

In a group, you are always responsible for success, whether you are a support, defense or offensive player – everyone contributes and a sense of personal responsibility is exactly the kind of good character trait that is developed in an online MMO RPG like World of Warcraft.

The economy is an important component of any online game. Everything is like in real life – there are rich, middle class, poor and beggars and large merchants.

To deal with the game economy, you need to learn to recognize valuable items and consumables.

For example, if you take in the World of Warcraft not a bunch of professions for the extraction and production of resources, but only the collection of ore and skins, then you will be able to supply consumables to the market that merchants will buy from you and become a supplier who is not responsible for success and the failure of crafting, but you will just earn gold.

You can not come into contact with the world of trade and be an adventurer who spends money on moving and exploring new lands.

You can be the same merchant who has several accounts loaded and buys and sells various goods. Such players do not periodically leave the trading zones, but are simply busy calculating costs and profits.

Discoverers – such players strive to possess unique items and be among the first to loot them on the server. They are always dressed in the best and sell unique equipment on the market that just doesn’t suit their class for a large amount of gold.

Each of the components of the economy will reveal your style of play and traits and inclinations.

It is not uncommon for players who have achieved economic success in the game to try their hand at personal development and succeed.

You can be anyone and try any style of dealing with money in the game without fear of failure, because you can always start over, and if successful, start implementing the same behavior in real life.