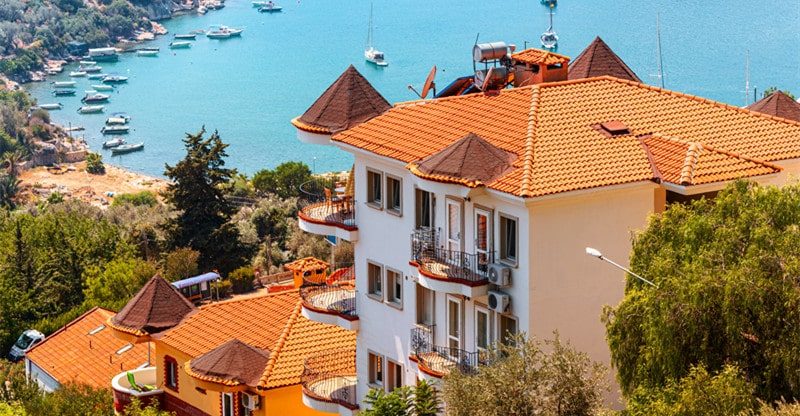 Villas are one of the most sought-after properties in the Turkish real estate market. They are interested in investors who want to make money on rent and capital gains, as well as large families and single people who need more space, privacy and private amenities. As a rule, this type of residential unit offers a picturesque view of nature and benefits such as a swimming pool, barbecue area, garden, dressing room, maid’s room, etc.

Below you can see the rating of the best cities to buy a villa in Turkey, and it will be opened, of course, like villas for sale in Alanya.

Alanya is a favorite destination among many foreign investors with a limited budget who want to buy spacious houses at the price of ordinary apartments. The coastal city offers a wide range of luxury real estate, the cost of which is significantly lower than in more popular locations in Turkey, such as Istanbul and Antalya. It also boasts charming nature, well-maintained beaches, developed infrastructure and numerous amenities.

Low prices, a high standard of living, countless opportunities in the labor market, a friendly population and a large investment potential are just some of the factors due to which Trabzon attracts real estate buyers. The mild climate, popularity among tourists and the presence of an international airport also play a significant role.

Most often, investors and end users who want to buy a villa in Trabzon prefer the following areas:

Bodrum ranks first in the ranking of Turkish cities with the most expensive villas. The city is located on the shores of the Mediterranean Sea, so locals can enjoy the view of the turquoise water and the beach atmosphere. It is known among tourists thanks to the Halicarnassus Mausoleum, which is one of the seven wonders of the ancient world.

Despite the cost of local real estate, which can reach several million dollars, it is in demand because of high quality, elegant finishes and a wide range of amenities.

Istanbul is one of the most important Turkish cities. So important that many mistakenly consider it the capital of the country.

Therefore, no one will be surprised by the fact that local villas enjoy the attention of investors and end users. It is the tourist and economic center of Turkey, washed by two seas and separated by the Bosphorus Strait. It is distinguished by its cultural and social diversity, dynamic nightlife, as well as a temperate climate that attracts people who want to relax away from the heat.

Buyers interested in inexpensive villas should pay attention to the following areas of Istanbul:

And those who are aiming for the purchase of luxury real estate should look at villas in such prestigious areas as Saryer, Beykoz and Uskudar.

Ankara is the official capital of Turkey, as well as the second city by population and the third city by area size. There is a more relaxed atmosphere here than in such popular cities as Istanbul. Foreigners, as a rule, move here because of the many green spaces, developed infrastructure, relatively cheap real estate and low cost of living.

Antalya is one of the most attractive resort cities in Turkey, especially among Russians, Ukrainians, Belarusians and other citizens of the CIS countries. It is among the 27 most popular tourist destinations in the world due to its strategic location on the Mediterranean coast. The local climate is characterized by mild winters and hot summers.

The city is popular not only among tourists, but also among expats. It offers a wide range of services and a developed infrastructure. It has everything you need for a comfortable stay, from schools, hospitals and parks to shops, restaurants and nightclubs. It also boasts a modern public transport network, thanks to which local residents can quickly get to anywhere in the city.

The best areas of Antalya that allow you to get a high ROI in villas are the following:

Yalova is the smallest Turkish city bordering the Sea of Marmara. It is located near Bursa and Kocaeli. Local real estate enjoys attention from investors from Saudi Arabia and Iraq due to the proximity of the city to Istanbul and the low prices. The sea, forests and well-maintained residential areas have also made it popular among expats and tourists.

Yalova is the place that allows you to take a break from the hustle and bustle inherent in overpopulated megacities.

Over the past few years, Sakarya has continued to attract the attention of buyers in the Turkish real estate market. The city attracts Turks and foreigners thanks to its natural forests, recreation areas and lakes, perfect for fishing. The municipality is doing everything to increase its investment attractiveness: builds new hotels, ennobles public areas, renovates residential areas, etc. Therefore, the quality of life in Sakarya is growing rapidly.

Konya is the spiritual and religious capital of Turkey. Here is the shrine of one of the Sufi figures, Mawlan Jalal al-Din Rumi, which, as a rule, is visited by every visitor. The city boasts not only an abundance of mosques and religious museums, but also beautiful natural landscapes. Konya is also known for its active industrial activity. Local factories produce carpets, sugar and flour.

The city offers a wide range of villas surrounded by green areas that turn into natural pastures in spring. Elite properties are in demand in the rental real estate market, so their owners can count on high profitability.

It does not matter in which city the investor or the end user wants to purchase real estate. He will find what he is looking for Turk.Estate. The aggregator’s extensive database contains the best residential and commercial units located in the most promising areas of Turkey.

To get help with the selection of an object, support at all stages of the transaction and high-quality after-sales service, contact the company’s specialists directly.