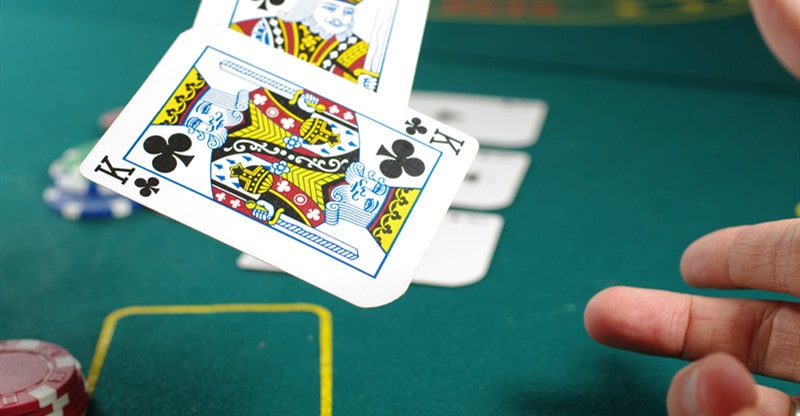 When it comes to gambling at the casino, not all games are created equal. The betting and gameplay dynamics of the different games mean that players are more likely to end up in profit when playing some games than they are playing others.

Those that understand the concept of house edge will avoid some games like the plague, whilst they more than happy to try their luck elsewhere in the casino. Those that don’t will often wrongly assume that they’ll play with the same odds no matter the game.

In the following article, we’ll show you three of the most potentially profitable punts at the casino, as well as those that are probably best avoided.

Although they’re often a bit more intimidating to players, table games usually give the best odds at casinos. The house edge can be less than 1%! That said, some slots, particularly online ones, can be quite generous too.

Blackjack is absolutely synonymous with casino gambling. The card game is easy to understand, is relatively fast-paced, and requires quite a few player decisions. However, these aren’t the only reasons that blackjack is one of the most popular games at both online and real-world casinos.

Blackjack is widely regarded as the casino game with the lowest house edge at most casinos. Depending on the rules played, the player can have a near 50% chance at winning. Whilst many players know this, a lot of players don’t realise that they need to play blackjack perfectly to not surrender an additional edge to the casino.

There is an optimum way to play every hand in blackjack. Deviations from this optimum strategy always increase the house edge. For example, the optimum play with a hand of 13 versus the dealer showing a 6 is to stand without drawing another card. Most inexperienced players will hit here, giving up value to the casino.

It’s also worth noting that you can additionally increase your odds by using bonus offers. Flashcasino.org has composed the ultimate list of the best blackjack bonus offers.

Slots, on the whole, are usually considered worse bets than table games. However, with the arrival of the internet, these days there are some virtual fruit machines that offer incredibly low house edges to players.

Here are some of the real standout slots offered by many online casinos:

Online casinos can afford to offer slightly higher return-to-player ratings than their real-world counterparts. They have much lower overheads to deal with thanks to a lack of venue operating costs, lower staffing commitments, and much lower machine maintenance fees. All this means that running an online casino is a lot cheaper than running a brick-and-mortar one.

Online casinos can offer more generous games and still operate at a profit. Competition between different companies encourages them to stock the most generous games online too.

Another absolute classic of both real-world and online casinos is roulette. There are two main versions of roulette – US and European. Those wanting to play against the lowest house edge possible should always opt for European roulette.

Roulette gives the casino an edge by paying out less than the probability of a certain event occurring.

For example, the odds of hitting a single number are 36 to 1 but the payout is 35 to 1.Similarly, the odds on an even money bet are slightly less than 1 to 1. This is because of the Green Zero on the wheel. When the ball lands on Green Zero, all Red/Black, High/Low, and Even/Odd bets will lose. This creates an edge for the house.

American roulette includes a Green Double Zero section as well as a single Zero. This means that there are two sections of the wheel that are neither Red or Black, or High or Low. The addition of Double Zero immediately reduces the return-to-player rating on all bets.

On straight up bets with American roulette, the casino will still pay winners at 35 to 1. However, the probability of hitting your number reduces because there are actually 38 places for the ball to land (rather than the 37 in European roulette). When given the option, always choose European roulette either online or at a real-world venue.

The Worst Plays in the Casino

Some games do not offer anywhere near the same return-to-player ratings as those already mentioned. These propositions should be avoided at all costs since they really are mug bets. Casinos make extra profits whenever you play the following games.

As mentioned, real-world slots will usually offer much lower return-to-player ratings that their online counterparts. Online, many slots fall into the 95 to 97% RTP rating range. In brick-and-mortar casinos, they’re often under 90%.

It’s also worth noting that slot manufacturers create different versions of the same game with different return-to-player ratings. This means a casino operator can choose whether to load their venues with potentially lucrative games or not.

Typically, the biggest and most famous casinos around will stock low RTP rated slots. Often based in decadent hotel complexes, the likes of the Bellagio or other Vegas super casinos are not known for their loose slots.

In fact, Las Vegas itself is generally one of the worst places to play slots. People are going to gamble in Vegas regardless of pay out percentages. That’s a given. Casinos don’t need to try to lure players with very generous slot RTP ratings so they don’t try.

A game that routinely has one of the worst pay outs versus the odds of winning is keno. For those that don’t know what keno is, it’s a kind of private, small-scale lottery. Players will pay to select up to 20 numbers from a choice of 80.

Once selections have been made, a lottery-style draw takes place. Twenty numbers are drawn. The more numbers correctly guessed by the player, the larger the prize will be.

Different versions of keno offer different return-to-player ratings. However, they’re almost always very bad. In some cases, they’re much worse than even real-world slots. It’s not at all uncommon to see keno games with a house edge of between 20 and 35%! Compare that to blackjack and you can understand why so few serious gamblers find themselves taking part in a game of keno or two.

Scratch cards in the real world are much more associated with off-licences than they are with casinos. However, online, this isn’t the case. Online casinos often feature a range of scratch cards, which, despite lousy RTP ratings, are still very popular with casino members.

This popularity is certainly related to the top prizes up for grabs on online scratch cards. Just like with real-world lotteries or scratch cards, the odds a punter receives seem to go out of the window when the prizes reach six or seven figures.

Even the industry’s best scratch cards offer much lower RTP ratings than slots do. Take Microgaming’s Lucky Numbers for example. This game offers one of the lowest house edges of all online scratch cards. However, with an RTP rating of 96.57%, it’s a long way off the most generous slots listed above.

Down at the other end of the scale, the gap between slots and scratch cards is even more pronounced. Wolf Gold 1,000,000 is a scratch card with a particularly juicy top prize. Yet, its average return-to-player rating is between 67.03% and 74.48%! That makes even the very worst slots on the planet look pretty lucrative!

In fact, the gambling regulator for Nevada insists that every real-world slot in the state needs to be at least 75%.

As you can see, there’s quite a big difference between the house edges of casino games. With the above advice, you can avoid the worst bets at the casino and stick with those that are most likely to return a profit.

Our best advice, for those wanting to play at as close to break even as possible, is to learn perfect strategy blackjack and stick to it. This will give you the best chance of a winning session!