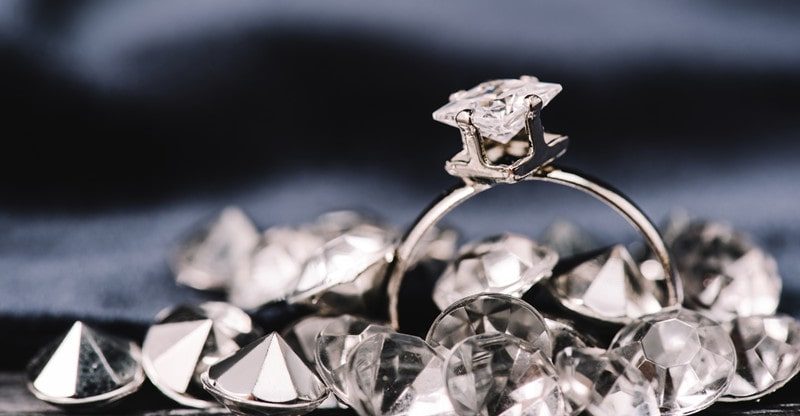 This is one of the most skeptical feelings where a piece of rock that originated from the earth, could be easily disregarded as the most beautiful and luxurious gemstone for centuries to come. We are talking about nothing other than beautiful Diamonds. There is a quote that “Diamonds are Forever”, these little pieces of carbon are now a symbol of prosperity and status in the world.

Diamonds are the most popular form of gemstones and have maintained their identity for a long time and will continue to survive until the end. Steadily they have possessed themselves strongly in the environment and are being utilised for every possible celebration in unique and outstanding ways. With that let us explain the role of diamonds in a relationship and why they are so important.

Diamonds can be worn in various ways for plenty of reasons. It is a universal luxurious object that is precisely loved by everyone. People love to spend on diamonds and wear to flaunt them in every possible manner.

The symbolism of diamond states various meanings which depend totally on the human beings’ characteristics. Everyone having their thinking process and feelings are all the decision-makers for the diamonds’ possession by them. If you are in a relationship and thinking about getting married soon and looking for diamonds for your love you can buy from Here.

Diamonds are found deep under the Earth’s crust which are then mined . “When we put efforts into something, the result is always blooming”, similarly earth is mined deeply and then diamonds are discovered in various forms which are later created in different shapes or sizes according to what suits them best.

The word diamond is discovered from the Greek word ‘Adamas’ which signifies “invincibility or unconquerability”. A part of your life that could never be conquered just by feeling it, you need to feel it to the fullest and enjoy it to the most by considering it the aesthetically beautiful era of your life. It is simply the generation and induration of eternal love.

Diamonds were found in India around the 4th century BC where people used them for trade and routed the diamonds from India and China to various places in the world. It was used to ward off evil poweress, injected as a medicine for healing wounds, and also used for personal identification in various ways.

Until the 18th century, diamonds were thought to be found only in India but sooner they started to deplete and a search was begun to discover other sources of diamonds’ origination. Later, a person named Erasmus Jacobs who was just 15-year old was exploring the banks of Orange River where he came across an ordinary pebble that was a diamond of 21+ carats which extended the research for diamonds. Such stories were sparked during the era, and the exploration of diamonds incremented day by day.

Diamonds have maintained their significance for the longest time and would keep enduring the resilience of being the status of power and strength for eternity.

Symbolism in a Relationship

Diamonds have been a symbol of strength, power, endurance, consistency, depth, elegance, invincibility, acceptance, and many other values which originated with the characteristics of human beings. In every relationship, diamonds have always empowered the bond of love for eternal.

Just like a diamond is shaped and formulated with many efforts, relationships are staged at different notions and leads to various nourishment of self-being for making the relationship endurable. Let’s talk about the stages in relationships and the diamonds that fit well in those situations with various significance for each.

Every initial step of life must be taken for yourself, a period when the person is not entangled in love can look out for themselves where they can buy diamond jewelry for self-love and manifestation of belief in self.

Elegant necklaces with small diamonds, bracelets in various forms, and anklets could sound a greater choice for satisfying the self-desire.

• Beginning of a New Bond

A new bond needs extra care to contain it for a longer time and maintain the consistency of returning back to each other. Once you start knowing each other, you try to hold on to each other and this makes your everyday special. Every festival gets wealthier and you wish to give something, and it could be a diamond set that could increase the dignity of a relationship.

This is the time of relationship when you are ready to “commit” to each other for being together for always by heart and mind, all the ways. It is time to offer an engagement ring with personalised articulations that could define your relationship at the best. It must symbolise love for eternity.

The last stage is where the relationship might not last for longer and you are back to being yourself, as not all relationships last forever. You can either keep all of that jewelry by yourselves for reminiscing it or keep it in the memory of love that you felt and could forward it to the other generation. And this is how diamond jewelry becomes the symbolism of historical love, reminiscence and endurance of memories for the long.

The diamonds are associated with our emotions and all these emotions play a vital role in accepting them as a part of our celebrations and enjoyment. It can also be a part of our memories that is stored in these little pieces of jewelry. Diamonds signify various cathartic emotions.