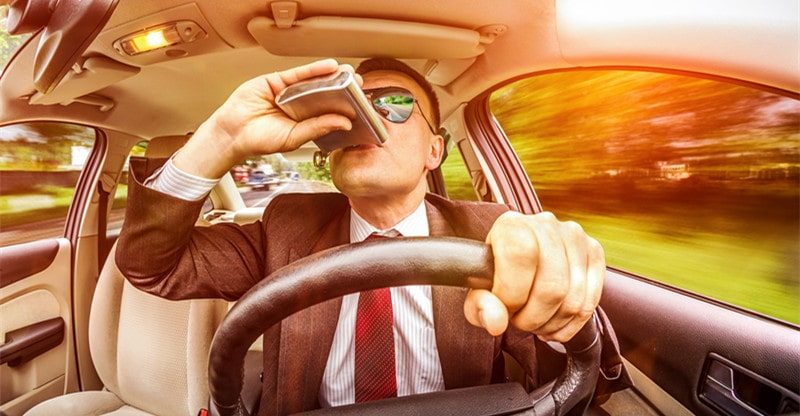 Driving under the influence of alcohol is a traffic rule violation enacted across the world. If caught driving when drunk, you can be put into prison or face a monetary fine. While most countries consider first-time DUIs as a minor crime, the consequences, both short and long-term, can be unbearable. It can impact both your financial status and your mental well-being.

In their efforts to enforce the law of ‘don’t drink and drive,’ most states have even prohibited having an open alcohol container in the car, regardless of whether the driver is drinking or not. And when found with one, you might face charges similar to those of a driver found driving when drunk.

If you’re a first-time offender, here are the steps to take after receiving a ticket for driving under the influence.

After being arrested for a DUI charge, you’ll most likely be taken to jail by a police officer. In some circumstances, you might be released within a few hours, either under bail or on your own recognizance. If that doesn’t happen, you may need to plead with the judge to release you when you appear before them for the first time.

When in jail, you should ask for permission to talk with your lawyer. If permitted, be sure to call your lawyer. The lawyer will guide you through the court process. Most experienced lawyers have a better understanding of the traffic laws in your country. So, they’ll help you clarify legal issues and help eliminate any confusion you may have. Looking for more resources on experienced DUI lawyers? You can see it here.

In court, you’ll be dealing with criminal charges as well as the suspension of your driving license. And in some cases, you might deal with civil lawsuits, especially if there’s someone injured in connection with your drunk driving. You’ll need to hire an experienced DUI lawyer to represent you in court in all these circumstances.

As noted earlier, drunk driving is a serious offense, and you must promise that you won’t repeat that mistake. If you’re committed to it, be sure to appear in court. Failure to appear before the judge may make the situation worse. You’ll increase the chances of not getting back your driving license, and you could be penalized.

Be ready to do whatever the judge tells you. If the court asks you to pay fines for your offense, make sure to adhere to that. You may face repercussions such as house arrest, license revocation, or license restrictions if you fail to honor the court.

After you’re found guilty of drunk driving, there’s a high chance that your insurance company will terminate your policy contract with them. If that’s the case, you’ll need to shop for a new insurance policy as soon as possible.

You’ll also have to file an SR-22 form showing that you’ve got the right amount of insurance cover required by the law. It would be helpful to carry both your insurance and the SR-22 form with you for a minimum of three years. If your policy lapses, your insurance company can notify the state licensing authority.

Once you’ve paid your restitution, you’ll be eligible to get a temporary driving license. This license will give you the ability to get back on the road and drive again. In most cases, you’ll be required to pay the reissuing levy when you’re eligible to get a permanent replacement license.

Driving under the influence is a serious crime and requires serious representation. Getting a DUI offense is costly and inconvenient. The effects associated with it last for a long time. The best thing to do is to avoid getting a DUI charge by committing to not drunk drive.

But if it happens and you find yourself in the hands of the law, the tips above will help you out. First, you’ll need to hire an experienced lawyer to take you through the legal process. Second, you need to report to the court if required. There are, of course, other steps you can take. The mentioned tips are will serve as an essential guide and foundation.