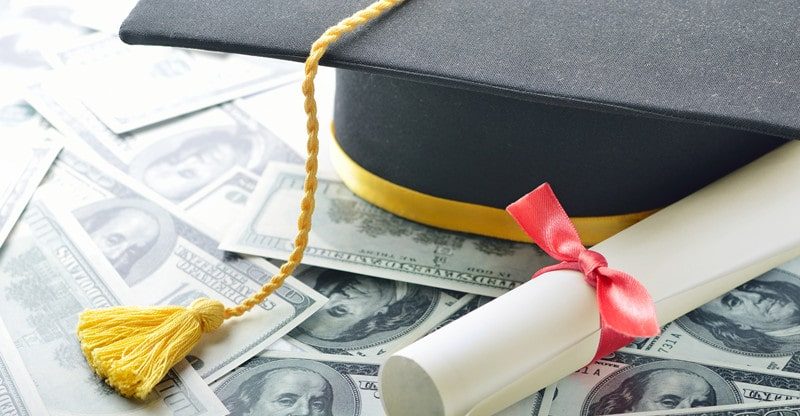 What comes to your mind when you think about going to college? Traveling, renting a unit from a self storage outlet for your start-up, and partying with your friends are some of the few things you might list. But that’s just the bright side, what about the rest?

One would think that going to college can earn the person a one-way ticket to success but we often forget how rocky the road can be. Getting through high school alone can feel like a major milestone. Especially considering the diminishing faith in the education system of both students and parents.

Regardless, the number of people opting for higher education every year is yet to hit rock bottom even though serious impediments are strengthening this very possibility. For many, managing university student storage or using the right discounts for everyday meals seems the most difficult part of it all, but that’s just the tip of the iceberg.

The real enemy is student debt and only a select few are able to evade it.

Most people apply to college so they can have a secure career in the future. While success can never be guaranteed, it is, in fact, true that going to college increases your chances of landing a higher-paying job.

Contrary to popular belief, getting that first paycheck isn’t just about rolling in all the dough. It’s the exact opposite. You have to pay the loans off before you can actually start spending the way you like and this puts a serious damper on things. Not to mention how stressful it all is.

The modern economy is crippled by several external factors and the burden on the average citizen continues to increase. In return, millennials have resorted to the survival of the fittest whereby everybody is either trying to climb their way to the top or make some space at the bottom.

Going backstage: What it takes to be a millennial at university

For millennials, the story is rather grim. They’re forced to survive in an era that still hasn’t fully recovered from the aftershocks of the ever-debatable recession. Prices are touching the sky and college tuition, accommodation expenses and the mere cost of getting quality education are breaking records.

To save costs, students cut back on eating out, investing in entertainment, going back for the holidays, and much more. With the recent rise in storage unit space companies, however, millennials have the option to move back home during the summer without paying for all their stuff to be taken back as well. This is a definite advantage that provides at least some sense of relief.

The throes of student debt: A clearer picture

In 2021, more students are drowning in debt than ever before. In fact, it has gotten to the point where an increasing number of people are leaving college or forgoing the option altogether. Yet, the real problem is for those millennials who choose to stick through it.

Critics suggest that student debt is one form of investing in yourself but is that actually true when all it does is compromise millennial happiness? Nobody prefers to spend their life working late hours trying to pay the state back. Naturally, when they have to do this, it has nothing to do with contentment or happiness.

Also, let’s not forget that entry-level jobs don’t pay extravagantly whereas loans draw a close connection with the latter in various aspects. Then, there are those pesky interest payments that never seem to end. With the yearly budget being adjusted and inflation on the rise, the average graduate doesn’t generate enough money to enjoy economic independence outside the shackles of debt.

Typically, it can take a millennial ten to twelve years to shed all the debt. But nothing is set in stone and this figure can certainly extend beyond bounds. Ultimately, contributing to a pool of millions of people who are forced to overwork themselves.

And this has irrefutably far-reaching effects. While happiness is tied to career growth, there’s a lot more to it and that shouldn’t be shoved under the rug. For millennials, however, it is.

They lack financial control over the money that is legally theirs, they often have to sidetrack their relationships and they’re also forced to use the little time they have to themselves to make sure they’re never behind on the loan payments. None of this is ideal, let alone, pleasant.

There is very little reward for a ton of effort that is simply deemed ‘necessary’. This directly translates into mental health problems that can easily break a person. When comparing baby boomers and millennials, the latter experience much more frequent episodes of workplace burnout.

Thus, solidifying the fact that millennial happiness is being chomped down upon as the dollar depreciates while the loans expand.

Furthermore, there’s no denying that the college experience, as well as the years that follow, are just as exciting as they are taxing. In such a case, your goal should be to do your best and get a great job.

Or, if you have a knack for starting your own business, perhaps you can get a self storage outlet, take all the unnecessary stuff out of your apartment, and turn the latter into a business space where you’re free to brainstorm.

Everybody knows that getting a job rarely ever makes you rich quickly. And while a great business idea will also take time to bear fruit, the returns will be much more than what you’d expect from a basic job. If you’re already thinking along the same lines, it’s time to spring into action.

Most businesses need a lot of space to start. As a student, you’re already under debt and not willing to spend too much. Verily, you should think about university student storage instead. This allows you to purchase your desired storage space for all the stuff that you might want to put away.

There are several self storage outlet companies you can choose from but none of them compare to STORED. The latter doesn’t just provide storage unit space. Rather, it offers its client an array of complimentary services that can really make life easier for them.

Once you book a STORED self storage outlet, you can look forward to affordable rates, special discounts, company transport, returns, and much more!