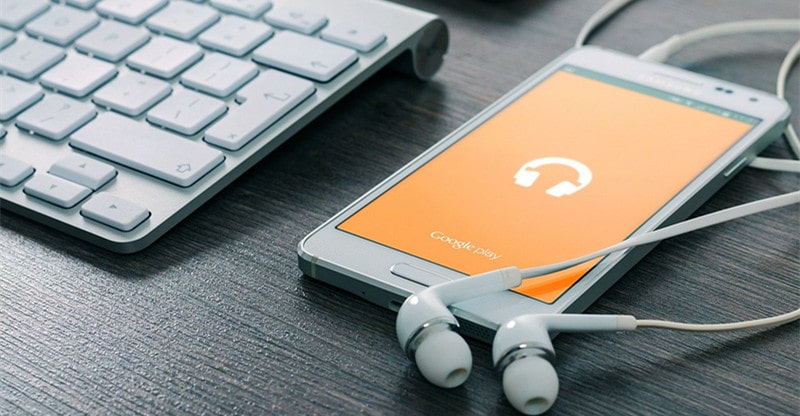 Music is an integral part of my life. It has been a loyal companion of mine through it all ― the hardships, the heartbreaks, the celebrations, the revelations, the whole shebang. It has accompanied me through both the bad and the good.

Whenever I was going through a rough patch, there was a song to help me weather the storm. Likewise, every joyful moment of my life has its own soundtrack.

In retrospect, I also realize that a different musical genre marked each period of my life. Anything from hip-hop, pop, rock to metal ― you name it, I loved it. I have also been very keen to choose the right gadget to enjoy the true pleasure of music. I’ve tried all kinds of gadgets, i.e. headphones, earphones, earbuds, speakers and all and mostly I prefer speakers when I’m at home or my office.

Floating speakers are my favourite and this is something that I would recommend to everyone. It may sound a bit strange but these floating speakers are based on the levitation concept and also work well as a home decoration item. How beautiful would it be to have something that levitates and lights up when music plays? This will enhance your experience with listening to music.

Nebula – Floating Bluetooth Speaker from Floately would be the right choice for you as it can be paired easily with any device and comes with a sensitive microphone so you can make and receive calls easily.

Over the years, I have been able to gather quite a collection of listening to music quotes. They sum up what music is all about perfectly and describe the wondrous effect it has on people. If you are a fan of music as well, feel free to dive in.

Quotes on the Power of Music

#1. “Music gives a soul to the universe, wings to the mind, flight to the imagination, and life to everything.” ― Plato

#4. “Music is a way to dream together and go to another dimension.” ― Cecilia Bartoli

#5. “Music is therapy. Music moves people. It connects people in ways that no other medium can. It pulls heart strings. It acts as medicine.” ― Macklemore

#6. “You create a community with music, not just at concerts, but by talking about it with your friends.” ― David Byrne

#7. “If I were not a physicist, I would probably be a musician. I often think in music. I live my daydreams in music. I see my life in terms of music.” ― Albert Einstein

#8. “Music can change the world because it can change people.” ― Bono

#10. “Music ― that’s been my education. There’s not a day that goes by that I take it for granted.” ― Billie Joe Armstrong

#12. “Music drives you. It wakes you up; it gets you pumping. And, at the end of the day, the correct tune will chill you down.” ― Dimebag Darrell

#13. “Music is forever; music should grow and mature with you, following you right on up until you die.” ― Paul Simon

#14. “Music is the only thing I’ve ever known that doesn’t have any rules at all.” ― Josh Homme

#15. “My music fights against the system that teaches to live and die.” ― Bob Marley

#16. “Music’s always been really cathartic. It’s the best drug for me to get away from the everyday pressures just for a second via a good song.” ― Ville Valo

#17. “People haven’t always been there for me, but music always has.” ― Taylor Swift

Quotes on Music from Literary Works

#19. “After silence, that which comes nearest to expressing the inexpressible is music.” ― Aldous Huxley, Music at Night and Other Essays

#20. “Music expresses that which cannot be said and on which it is impossible to be silent.” ― Victor Hugo, William Shakespeare

#21. “If music be the food of love, play on, Give me excess of it; that surfeiting, The appetite may sicken, and so die.” ― William Shakespeare, Twelfth Night

#22. “Who hears music, feels his solitude peopled at once.” ― Robert Browning, The complete poetical works of Browning

#23. “Life seems to go on without effort when I am filled with music.” ― George Eliot, The Mill on the Floss

#24. “Music is a proud, temperamental mistress. Give her the time and attention she deserves, and she is yours. Slight her, and there will come a day when you call, and she will not answer. So I began sleeping less to give her the time she needed.” ― Patrick Rothfuss, The Name of the Wind

#25. “Everything in me feels fluttering and free like I could take off from the ground at any second. Music, I think, he makes me feel like music.” ― Lauren Oliver, Before I Fall

#26. “There is nothing more to be said or to be done tonight, so hand me over my violin and let us try to forget for half an hour the miserable weather and the still more miserable ways of our fellowmen.” ― Arthur Conan Doyle, The Five Orange Pips

#29 “Tell me what you listen to, and I’ll tell you who you are.” ― Tiffanie DeBartolo, How to Kill a Rock Star

#30. “Music is the moonlight in the gloomy night of life.” ― Jean Paul Friedrich Richter

#31. “A man should hear a little music, read a little poetry, and see a fine picture every day of his life in order that worldly cares may not obliterate the sense of the beautiful which God has implanted in the human soul.” ― Johann Wolfgang von Goethe

#32. “The music is not in the notes, but in the silence between.” ― Wolfgang Amadeus Mozart

#33. “We should consider every day lost on which we have not danced at least once.” ― Friedrich Wilhelm Nietzsche

#34. “Music can name the unnameable and communicate the unknowable.” ― Leonard Bernstein

#35. “If I should ever die, God forbid, let this be my epitaph: ‘The only proof he needed for the existence of God was music.’” ― Kurt Vonnegut

Music has been resonating through the ages, and it never seems to falter. It has the ability to touch, heal, uplift, and empower. One might even say that it is one of the most influential driving forces in the world.

With that in mind, I hope that you have enjoyed these listening to music quotes as much as I have in picking them out. All that is left for you to do to go full circle is to sit back, relax, and tune into your favorite songs.